'I'm a racist -- so what?': This white supremacist leader is the media’s go-to guy for the Confederate flag 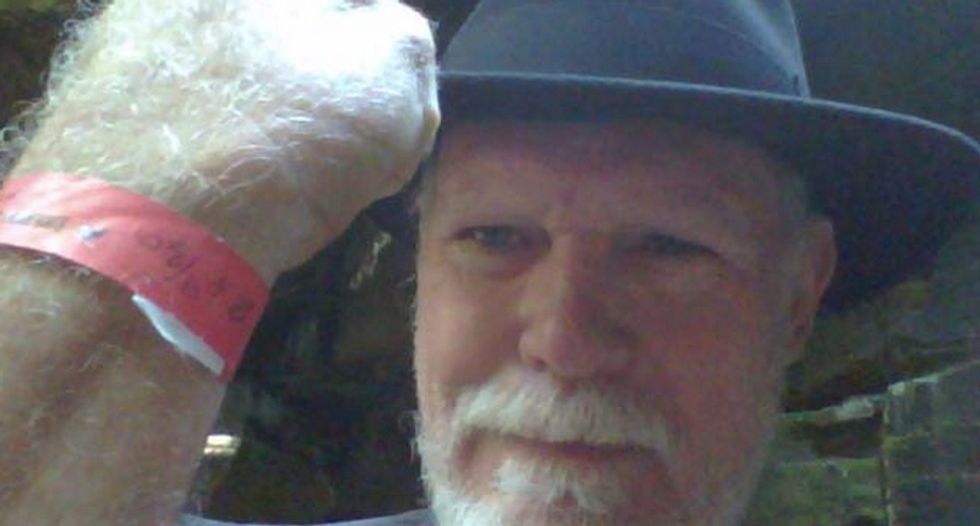 Mainstream media outlets routinely quote the views of Michael Hill in their coverage of the debate over the Confederate flag – even though the leader of the secessionist group League of the South (LOS) is an admitted racist who spews hateful rhetoric towards racial and sexual minorities.

According to the LOS website, its president, Michael Hill, is a bona fide pundit, with a PhD to boot. Says the site: "Dr. Hill's work with the League of the South has been featured in The Washington Post, The New York Review of Books, The Journal of Higher Education, The Mobile Register, The Village Voice, The Atlanta Journal and Constitution, The Wall Street Journal, The Nashville Tennessean, The State (Columbia, SC), and many, many other publications. Dr. Hill is a frequent guest on television and radio talk shows and has recently appeared on both BBC Television and Fox News on behalf of the League."

Indeed, Hill's media appearances are numerous, and major news networks give the secession promoter relatively positive press, considering he openly advocates for the enslavement of black people and armed insurrection against the U.S. government. Hill is often invited to news shows to offer a positive perspective on the Confederate flag.

Hill recently told the Christian Science Monitor that the Confederate Flag was "a symbol against tyranny, it’s the internationally recognized symbol of the South, it’s a Christian symbol. It’s a solemn banner."

He told a local media outlet in Alabama that the Confederate flag "is near and dear to the hearts of southerners and it's really shameful that people take symbols like that and attach them to their own personal cause or beliefs."

CNN writes that Hill considers "race war" to be "a bad idea for negroes" before offering a gentler spin on the leader of perhaps the most visible neo-Confederate organization in the United States. "His group doesn't want violence," CNN paraphrases Hill, before quoting him: "We Southern nationalists want to live in peace with all men, as far as that is possible."

While big name outlets equivocate about the pros and cons of Michael Hill's views on the Confederate flag, he is hard at work advancing overt racism in American society.

What follows are only a few of examples of Hill's recent tweets, where he describes himself simply as, "President, League of the South." According to his profile on the social media site, Hill lives in Killen, Alabama.

"'White supremacy' is merely a fact of life, Hill wrote on Sunday, "provable by a glance at history. To end it, you'll have to destroy the white race." On Twitter, Hill regularly spews hateful rhetoric against people who are not white, making occasional time to disparage other groups of people, including gay Republicans, who Hill refers to as "Rainbow Confederates."

On June 12, Hill explained his modus operandi in talking to media outlets. "If [you] have to say 'but I'm not a racist,' then the Left has already beaten you," Hill wrote on Twitter. "Just say, 'OK, I'm a racist. So what?' That confuses them."

Chillingly, on June 27, Hill retweeted the following statement, which calls for physical violence against opponents of white supremacy: