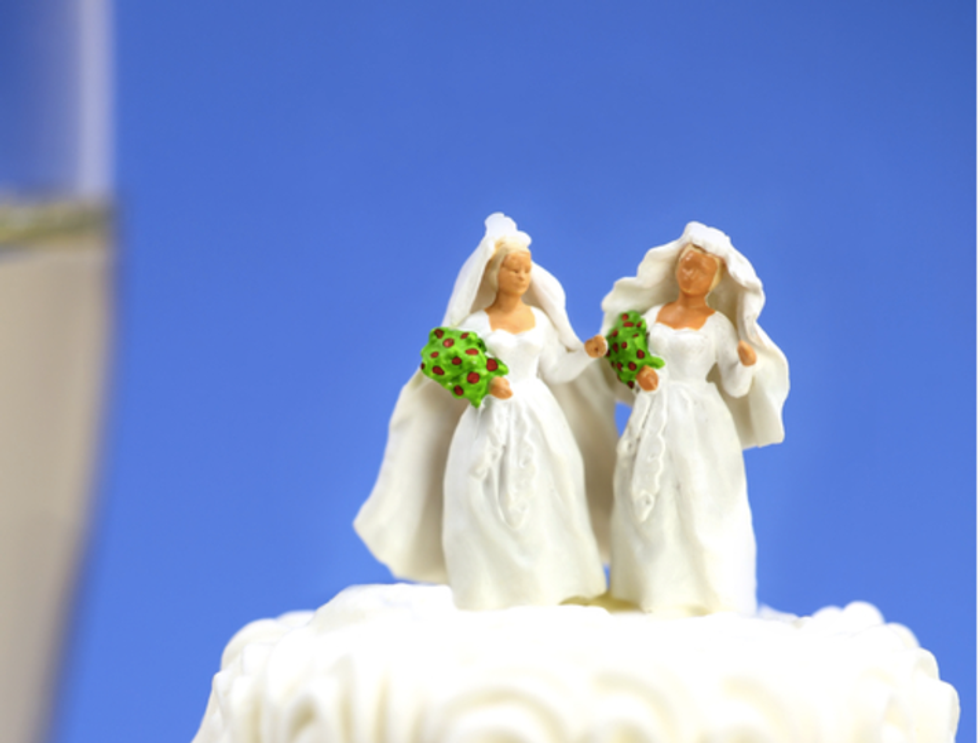 The anti-LGBT owners of an Oregon bakery were not fined simply for refusing to sell a wedding cake to a same-sex couple – they were ordered to pay $135,000 in damages for causing their would-be customers emotional distress.

The case has attracted widespread media attention since the couple first filed their complaint in January 2013, and that is largely through the efforts of Aaron and Melissa Klein, the owners of Sweet Cakes by Melissa.

After the Oregon Bureau of Labor and Industries handed down the order last week, Aaron Klein claimed the ruling was an example of the “persecution of Christians” in the U.S.

However, the ruling shows the bakery owners had made Laurel and Rachel Bowman-Cryer the victims of persecution and makes clear the payment was compensation for damages and not a fine or civil penalty, reported the blog Love, Joy and Feminism.

The agency found that the Kleins “brought the case to the media’s attention and kept it there by repeatedly appearing in public to make statements deriding” the couple who filed the complaint.

“It was foreseeable that this attention would negatively impact (the Bowman-Cryers), making (the Kleins) liable for any resultant emotional suffering experienced by (them),” the agency found.

Commissioner Brad Avakian eventually rejected the agency’s theory of liability related to the media attention in his final ruling, but he upheld its recommendation on damages and ordered the Kleins to pay “$60,000 in damages to Laurel Bowman-Cryer and $75,000 in damages to Rachel Bowman-Cryer for emotional suffering” that resulted from the unlawful denial of service.

The blog explains that the bakery owners shared the couple’s personal contact information – which led to death threats that nearly caused them to lose custody of their foster children.

Laurel Bowman-Cryer filed the complaint in January 2013, after she and her mother had met with Aaron Klein – who refused them service and quoted an anti-LGBT verse from Leviticus.

She filed her complaint by smartphone, which prevented her from seeing a disclaimer notifying her that her full name and address would be sent to the bakery owners – and Aaron Klein shared that information, along with the complaint, on his personal Facebook page.

Conservative media and anti-LGBT organizations such as the Family Research Council promoted the Kleins as victims of religious discrimination.

Rachel Bowman-Cryer said she and her wife received a steady stream of threats that continued as the Kleins promoted their side of the case in national media appearances.

She testified that state adoption officials told them they were responsible for keeping their two foster daughters safe from those threats, and they feared they could lose custody of the girls -- whom they have since adopted.

In its final order, issued last week, the labor bureau found the Kleins had violated the state’s anti-discrimination laws – but the damages awarded were not a “gay fascism tax,” as some commenters argued.

They violated state law, the commissioner found, and that unlawful action caused real harm to their victims.

“Within Oregon’s public accommodations law is the basic principle of human decency that every person, regardless of their sexual orientation, has the freedom to fully participate in society,” the commissioner ruled. “The ability to enter public places, to shop, to dine, to move about unfettered by bigotry.”

Correction: An earlier version of this article contained a significant error that resulted from failure to distinguish the difference between the agency’s recommendation and the commissioner’s final ruling. The bakers were not, as previously reported, punished for threats by others against the couple, as the agency had recommended. They were ordered by the commissioner to pay damages to the couple for emotional harm caused by their unlawful discrimination. We regret the error, and we would like to thank Eugene Volokh for clarifying the distinction.