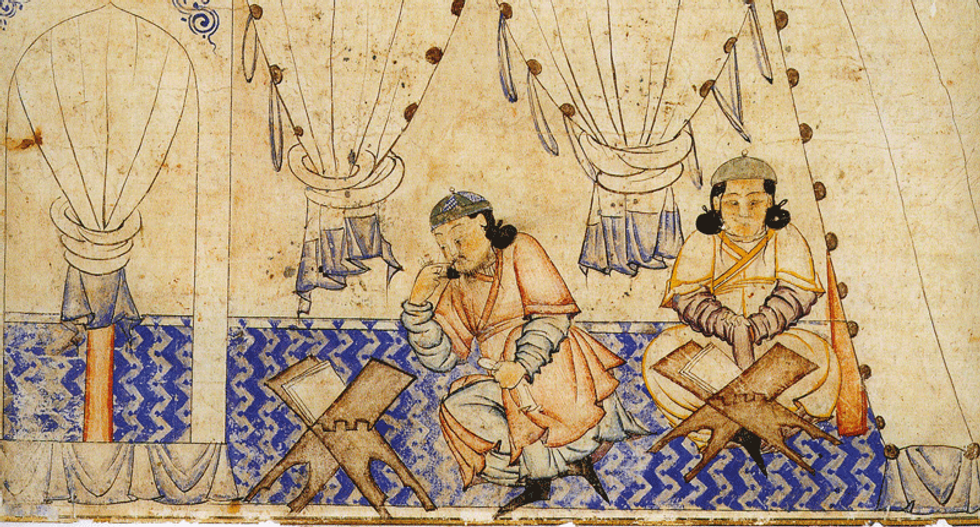 Scholars believe a copy of the Koran held in England may be even older than the Prophet Muhammad.

Carbon dating of a fragment from a Koran stored at a Birmingham library suggests that the book was produced between 568 and 645 A.D., said scientists at the University of Oxford, but Islamic scholars generally believe Muhammad lived between 570 and 632 A.D.

If the carbon dating is accurate, the Koran was made before the first formal text was assembled on orders from the caliph Uthman in 653 -- and it could date from Muhammad's childhood or even before his birth, reported The Times of London.

YOU MIGHT ALSO LIKE: NASA creates self-healing ‘Terminator’ material that can seal up a bullet hole in 2 seconds

"According to Muslim tradition, the Prophet Muhammad received the revelations that form the Qur’an, the scripture of Islam, between the years AD 610 and 632, the year of his death," explained Professor David Thomas, Professor of Christianity and Islam and Nadir Dinshaw Professor of Interreligious Relations at the University of Birmingham.

"At this time, the divine message was not compiled into the book form in which it appears today. Instead, the revelations were preserved in 'the memories of men.' Parts of it had also been written down on parchment, stone, palm leaves and the shoulder blades of camels," Thomas said. "Caliph Abu Bakr, the first leader of the Muslim community after Muhammad, ordered the collection of all Qur’anic material in the form of a book. The final, authoritative written form was completed and fixed under the direction of the third leader, Caliph Uthman, in about AD 650."

Muslim scholars strongly dispute the findings, which contradict most accounts of the prophet's life, but some historians say evidence was mounting that traditional accounts of Islam's origins are unreliable.

“It destabilizes, to put it mildly, the idea that we can know anything with certainty about how the Koran emerged — and that in turn has implications for the historicity of Mohammed and the Companions [his followers],” said Tom Holland, the author of In The Shadow of the Sword.

Keith Small, of Oxford's Bodleian Library, cautioned that carbon dating was done only on the Koran's parchment and not its ink, but he said the dates were probably accurate.

“If the dates apply to the parchment and the ink, and the dates across the entire range apply, then the Koran — or at least portions of it — predates Mohammed, and moves back the years that an Arabic literary culture is in place well into the 500s,” he said.

Small said that would lend credibility to the historical view that Muhammad and his followers collected text that was already in circulation to fit their own political and theological agenda, rather than receiving revelations from heaven.

“This would radically alter the edifice of Islamic tradition and the history of the rise of Islam in late Near Eastern antiquity would have to be completely revised, somehow accounting for another book of scripture coming into existence 50 to 100 years before, and then also explaining how this was co-opted into what became the entity of Islam by around AD700," Small said.

Muslim scholars, however, said the dates confirm that the Koran had faithfully preserved for more than 1,350 years the words passed on by Muhammad to his followers.

“If anything, the manuscript has consolidated traditional accounts of the Koran’s origins,” said Mustafa Shah, from London's School of Oriental and African Studies.