'I’m seeing a pattern': Latina woman says she and her friends were kicked off the Napa Wine Train, too 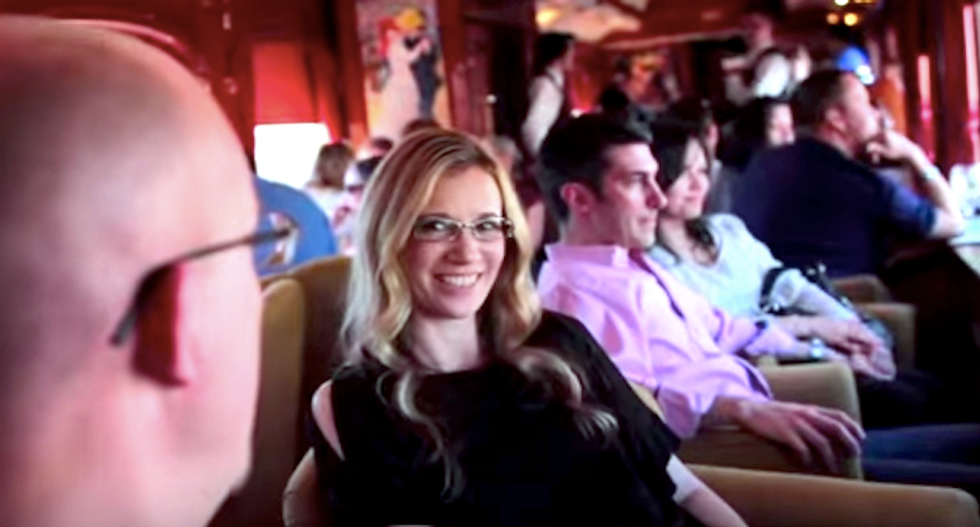 A Latina woman says she and some friends were targeted for discrimination for making noise on the Napa Valley Wine Train -- which made news over the weekend after a group of mostly black women were kicked off for laughing.

Norma Ruiz, a graduate student in nursing at the University of California–San Francisco, said she and nine friends were celebrating her 28th birthday in April when another passenger told the group they were being annoying and loud, reported Slate.

“We were kind of taken by surprise because we were just celebrating my birthday having normal conversation,” Ruiz said.

A waiter told the group to carry on, and they decided to move to a dining car -- where a train line employee told them to control their noise or be removed.

“We were not making noise, (and) we felt very uncomfortable the way we were being approached and embarrassing our group in front of everyone,” Ruiz said.

Ruiz said her group was entirely Latina, and mostly University of California–Berkeley graduates -- and Saturday's incident involving black passengers made her see it as part of a pattern of racial discrimination.

“I think it was just that person complaining and then the manager seeing that we were Latino, basically decided to discriminate (against) us because we were Latinos and (a big) group,” she told Slate. “Now that I hear about this event with a group of African-American ladies being kicked out of the train, I’m seeing a pattern. I’m realizing that how I was treated was not normal.”

A spokeswoman for the tourist attraction said the black women were ordered off the train last week after receiving several complaints about them laughing too loud.

"After three attempts from staff, requesting that the group keep the noise to an acceptable level, they were removed from the train and offered transportation back to the station in Napa," said spokeswoman Kira Devitt.

The women, who are members of a book club and take an annual trip to wine country on the train, said they are considering a lawsuit.

A company spokesman apologized to the women but defended their removal.

"The president wants to offer apologies to the book club members for their poor experience on the wine train this weekend, and to listen to their concerns and complaints, and to assure them that this was not an issue of bias but an issue of noise," said spokesman Sam Singer.

Singer told Slate that the Napa Valley Wine Train is "open to anybody of any persuasion, any color, any day of the week."

The spokesman said he was not familiar with Ruiz's complaint, but he said the company removes groups of "all different races" about once a month because they are bothering other passengers.

Ruiz said she booked her birthday celebration on the train after seeing a group of similarly aged white women enjoying themselves while she traveled with her parents and boyfriend.

“I remember them having fun,” Ruiz said. “I never saw anyone approach them.

Singer said the company typically asks noisy passengers to move to another car, but he said the book club could not be accommodated in that way because the train was fully booked.

Ruiz said her group asked to be placed in an open car after the other passenger complained, but they were denied.

She said Devitt, the company spokeswoman, apologized and invited her back after she posted a negative review on Yelp.

Ruiz said she wasn't sure she felt comfortable riding with a group of non-white friends on the train -- which advertises itself online with a video that apparently shows no people of color besides a pair of kitchen workers.

“It’s more of an environment on the train and something they need to work out,” Ruiz said.

The company spokesman said the company would require sensitivity training to its employees.