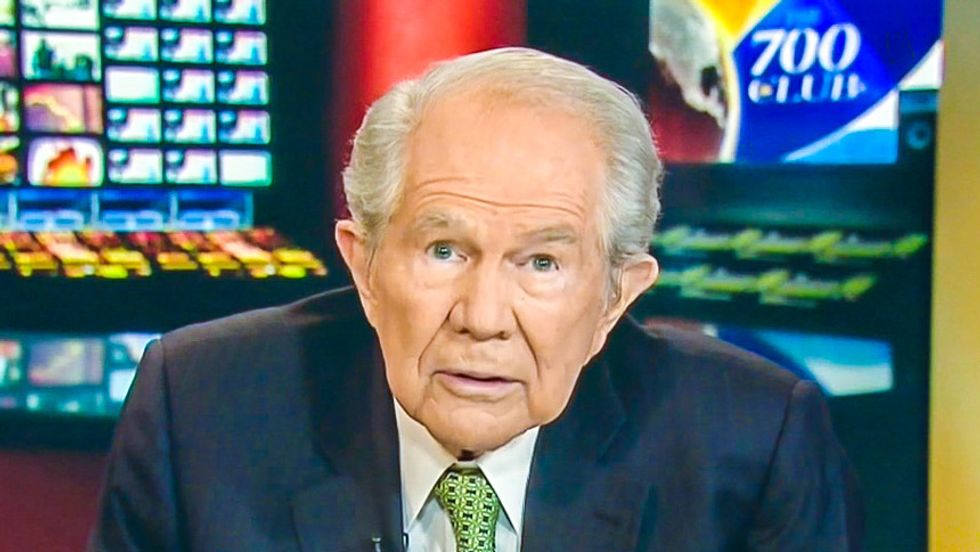 TV preacher Pat Robertson said this week that the shooting of a TV crew and one other person happened because federal law made it difficult to fire a black man who was also a "closet gay."

Following a CBN report on the deaths of WDBJ cameraman Adam Ward and reporter Alison Parker, Robertson argued that the entire thing could have been prevented if the station manager was not fearful of lawsuits from minorities.

"The manager of that station down there, I sympathize with him because I know what it's like," the televangelist opined. "You have an employee, you don't even know anything about his orientation one way or the other, but he's a troublemaker and he's a malcontent and he's not doing his job properly and after several warnings, the manager is forced to let him go."

"Well, what happens? Well, there's a lawsuit that says, well, there's sexual discrimination because he was a closet gay or he was African-American or he was Indian or he was some other minority," Robertson continued. "And the station has a big lawsuit and all the ACLU comes jumping in and it's just a nightmare."

"So the tendency is to leave these guys on the staff regardless of their problems, and before long you have somebody that is shot like up in Virginia Tech."

But Robertson insisted that the issue "has nothing to do with guns."

"It's not a gun problem," he remarked. "It is a mental illness problem and it is a law problem inflicted on us by the United States government."