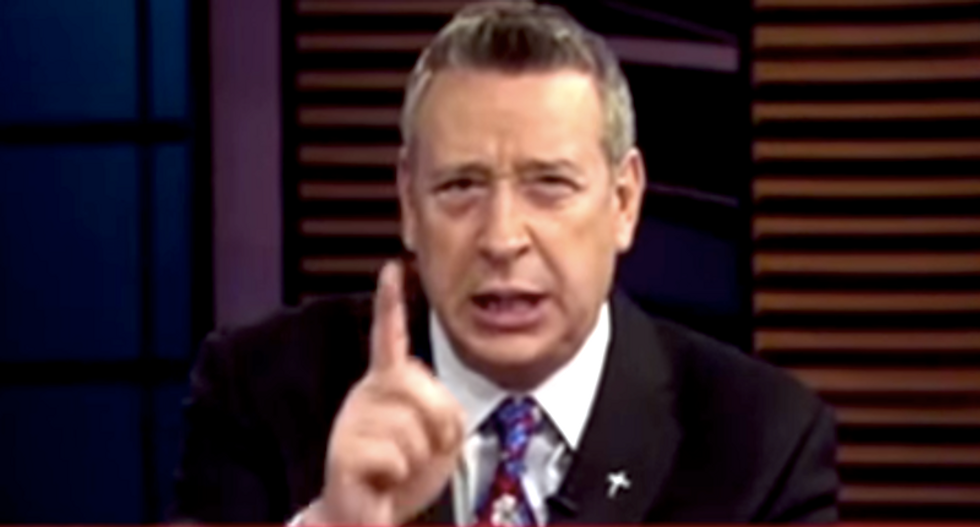 An Ohio televangelist said God cured a woman's baby of brain tumors after she gave him an envelope full of cash.

Rod Parsley, senior pastor of World Harvest Church in Columbus, described the encounter with a "precious woman" at a church service in Richmond, Virginia, during a broadcast of his “Receiving A Prophet’s Reward” program, reported Right Wing Watch.

"I was teaching along these lines, she began to shout, she put a little envelope in my hand, I didn't pay attention to it, I went on preaching," Parsley said.

The televangelist, who teaches that God wants the faithful to be rich and has asked followers to donate money to ward off satanic attacks, said the woman told him later that her cash gift had caused a miracle.

"That precious woman three months later shared the testimony with me that she came to that service desperate for God," Parsley said. "She was in fact ready to be delivered of a child she was carrying. The doctor's report had been more tumors in its brain than the doctors could even count. She sowed a seed at that point, she did that as an act of her faith."

"She said, 'I'm going to believe what this man is saying,'" Parsley continued. "She told her husband, 'I'm going to this meeting tonight. There's a man of God there with a word from God in his mouth, and whatever he says, I'm going to do it. I'm going to release my faith in it, and God's going to give us a miracle.' She gave birth to a baby, perfectly normal, not a single tumor anywhere to be found. How great is our God?"