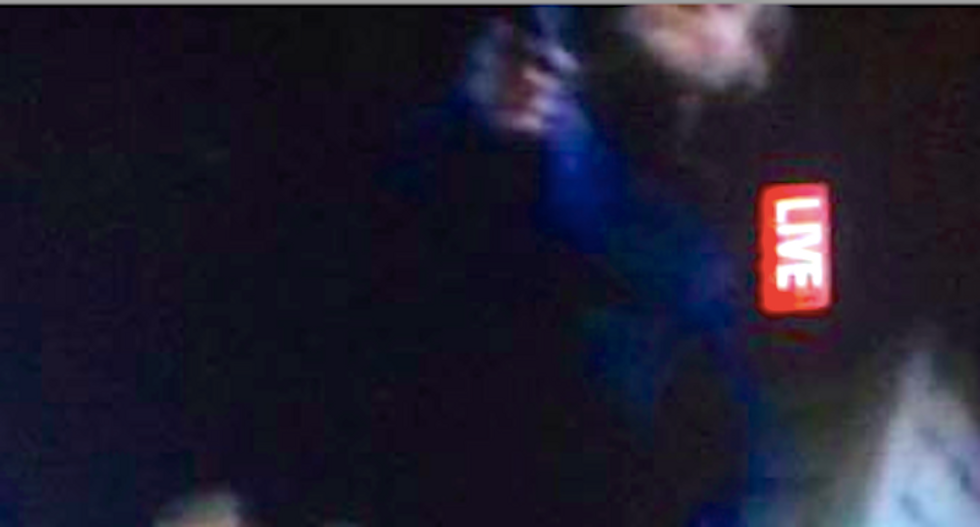 A gunman opened fire Wednesday morning on a TV news crew conducting a live broadcast from a Virginia state park -- killing a reporter and photographer.

UPDATE: Suspect uploads video of himself shooting WDBJ reporters to his Facebook page

Video shows the gunman after he opened fire on the WDBJ-TV photographer shooting an interview about 6:45 a.m. Wednesday with an official from Smith Mountain Lake.

The reporter and park official screamed in terror as at least eight shots were fired in the video, and the photographer fell to the ground, dropping the camera.

The camera, lying on its side, briefly captured a man firing a handgun while holding a second weapon in his other hand.

“We always say ‘senseless’ crime,” said Jeff Marks, the station's general manager. “How can this individual have robbed Alison and Adam’s families of their lives and loves?”

Vicki Gardner, head of the Smith Mountain Lake Chamber of Commerce, was shot in the back while conducting an interview with Parker -- whose boyfriend, WDBJ anchor Chris Hurst, was watching the broadcast from the control room.

The gunman remains at large, and Virginia Gov. Terry McAuliffe said authorities believe the shooter was a disgruntled former employee.

"There are too many guns in the hands of people who shouldn’t have guns," said McAuliffe, a Democrat. "I’m a gun owner, I own guns, but I went through background checks to get (them)."

Watch video of the live broadcast:

Video of apparent shooting at SML on WDBJ. Praying for all.