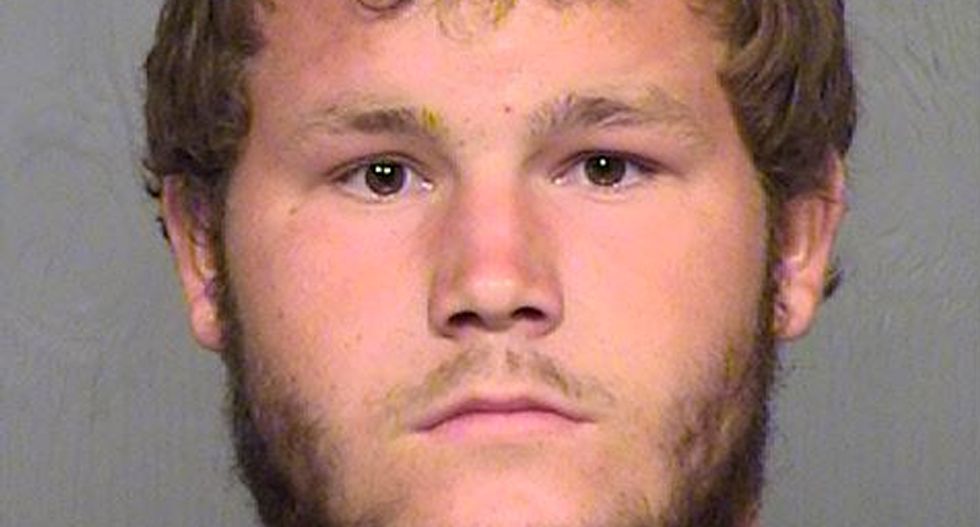 An investigation into the social media habits of the alleged Arizona freeway shooter after his arrest Friday night shows Facebook posts about guns and and links to conspiracy websites, the Phoenix New Times reports.

Friday night Arizona law enforcement officials took 21-year-old Leslie Allen Merritt Jr., a Phoenix-area landscaper, into custody alleging that he is responsible for at least some of the recent freeway shootings in the area.

"Tonight, we've made an arrest in the I-10 shootings that occurred on August 29, that day, and on the morning of August 31," said Department of Public Safety Director Frank Milstead. "The subject is in custody because the weapon that he owned was forensically linked to these crimes."

Merritt has not been charged with all eleven of the shootings with authorities believing some may be the handiwork of copycat shooters.

According to police, a 9MM handgun owned by Merritt has been positively linked through ballistic testing to the shootings which resulted in no deaths and a few minor injuries from flying glass.

On a now taken down Facebook page purportedly belonging to Les Merritt Jr. -- with photos and employment history matching the suspect  -- the New Times reports that there were pro-gun posts and memes including one featuring a high-powered rifle reading "Long range shooting, it’s like golf…but for men.”

Merritt also posted a link to conspiracy website allnewspipeline.com for an article suggesting the U.S. government is experimenting with introducing the black plague into the populace as a form of population control. Over the headline reading "As Darkness Descends On The United States First - Is The Black Plague Intentionally Being Given A Trial Run?," Merritt wrote "Government fucking shit up."