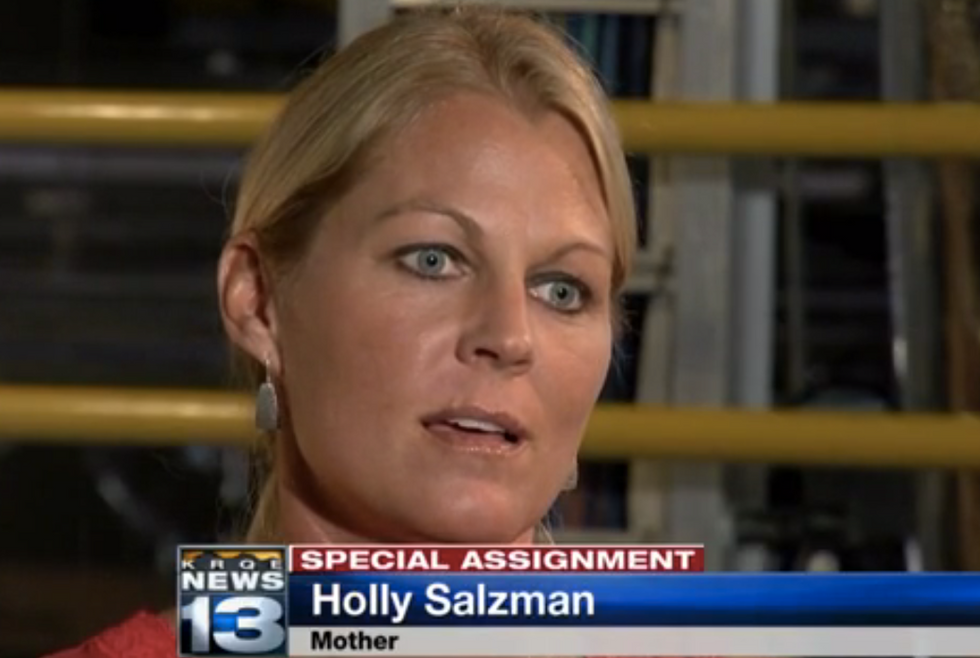 An Albuquerque, New Mexico mother was ordered by a judge to attend sessions with a Christian counselor or face contempt of court charges and lose custody of her children. However, when the counselor's practices were put under scrutiny, several serious problems became apparent.

According to KRQE Channel 13, Holly Salzman sought court aid in coparenting her 11-year-old sons with their father, from whom she is divorced. The judge ordered a set of 10 sessions with counselor Mary Pepper.

Salzman says that she assumed Pepper would be a regular couples and family counseling therapist, but “I walked into the session and the very first thing she said to me was, ‘I start my sessions by praying,'” Salzman said. “When I expressed my concerns that I didn’t pray she said, ‘well this is what I do’ and she proceeded to say a prayer out loud.”

Because the sessions are court mandated, Salzman said, "You don’t have a choice. You do it or you’re held in contempt of court."

Salzman said that she feels that for the court to order her to a Christian counselor is a violation of the separation of church and state. After the first session, she contacted Family Court and left a message expressing her concerns. She never heard anything back.

At her second session, Pepper opened with a prayer again.

“We went back to court. I expressed concerns again about the religious overtones and they stated they hadn’t heard any problems concerning Mary Pepper with religion," Salzman told Channel 13.

She was, she says, so "offended and disgusted" that she stopped attending the courses altogether, at which point the court intervened and took away her sons.

“It’s probably the worst thing I’ve ever been through in my life," she said.

In order to regain custody of the boys, Salzman would have to complete the sessions. Channel 13 and Salzman worked together to covertly record three of the final sessions with Pepper.

Pepper frequently handed Salzman religious tracts and gave Salzman a "homework" assignment, to write an essay titled "Who is God to me?"

“Every session there was some sort of religion that was intertwined with the sessions,” said Salzman.

When Channel 13 spoke to Pepper about blending religion with court-ordered sessions, she said, "I’m a private business that people decide to come through or not. The particular person there was interested in analyzing her belief system."

ACLU executive director Peter Simonson said, "No one should be put in a position where they are forced to accept training or therapy that violates their own religious beliefs and morals."

“We’ve got protections in our country under the Bill of Rights are intended to try and stop that,” Simonson said of Salzman's experience. “On the face of it, it looks pretty problematic.”

There are other issues with Pepper's practices. She has been holding the sessions in rooms at the public library, but charging clients for the sessions, which is illegal.

“She had actually explained to me that you need to be discrete about it because I’m not allowed to exchange money in the public library. So I had to kind of hide the money and then literally pass the money under the table,” Salzman said.

When Channel 13 pressed Pepper about these red flags, she ended the interview.

“I think that this interview needs to be ended,” Pepper said. “If you’d like to know more in private, I’d explain a lot about my business but to do this on the air is not appropriate.”

Salzman said that she completed the classes and got her sons back.

“I got a certificate and I kicked my heels on the way out,” she said.