Disturbing video shows Taser death of Natasha McKenna in jail: 'You promised me you wouldn't kill me' 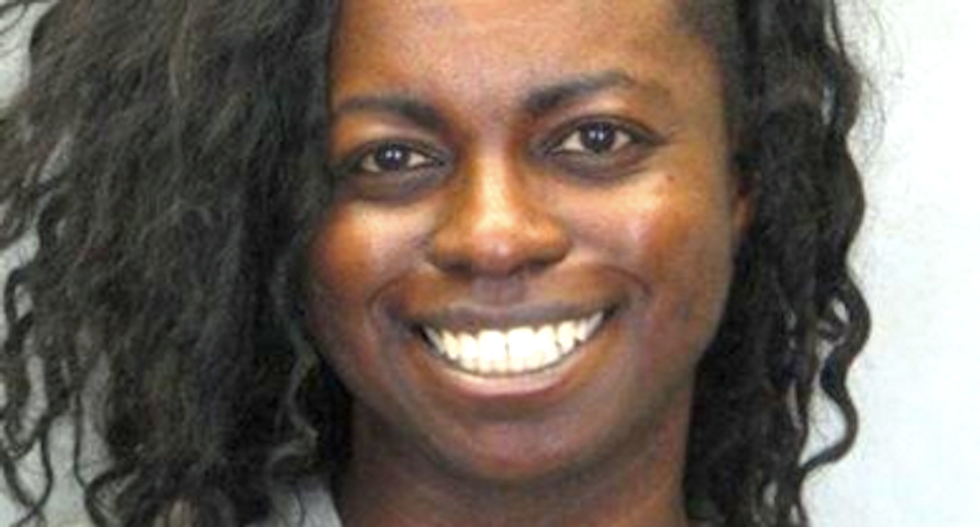 A Virginia sheriff released a 45-minute video that shows deputies struggling with a mentally ill inmate -- who died after she was shocked four times with a Taser.

Prosecutors decided Tuesday not to charge any of the deputies in the death of Natasha McKenna, who was being transferred from the Fairfax County Adult Detention Center to a facility in Alexandria after she was arrested the previous week for assaulting a police officer.

McKenna entered cardiac arrest during the attempted transfer, and deputies said they were forced to use the Taser multiple times because the 181-pound woman possessed "superhuman strength" and growled like a demon during the struggle.

The video, however, shows the 37-year-old woman leave her cell in the jail's mental health unit naked but calm and apparently disoriented.

"You promised me you wouldn't kill me," McKenna says on the video. "I didn't do anything."

Deputies did not use a Taser until more than 15 minutes into the encounter, after she ignored repeated warnings to comply or be shocked, but doctors who had been treating McKenna's schizophrenia had warned law enforcement that she lacked the ability to process or make decisions for herself.

She had been arrested Jan. 26 for an incident 11 days earlier, when she suffered a psychotic breakdown and resisted arrest, and McKenna was held without bail for seven days before jail staff determined that she should be taken to a psychiatric facility.

A five-person Emergency Response Team attempted to remove McKenna from her cell and place a "spit sock" hood over her head because she had previously attacked and bitten a deputy while jailed.

“There is no evidence that any of the deputies acted maliciously, sadistically or with the intent to punish or cause harm to Ms. McKenna at any point in the struggle," said Ray Morrogh, the Fairfax County commonwealth's attorney. "To the contrary, they did their best, under very difficult circumstances, to restrain, control and prevent Ms. McKenna from injuring herself or others."

A medical examiner ruled her death an accident caused by excited delirium, which many medical experts doubt exists, brought on by McKenna's schizophrenia and bipolar disorder.

"It was Ms. McKenna's severe mental illness, coupled with the tremendous physical exertion she put forth over an extended period of time struggling with deputies that resulted in a cascade of lethal chemical reactions inside her body," the commonwealth's attorney wrote.

Pete Earley, a nationally-known mental health activist, said McKenna should never have been arrested in the first place but should have received treatment for her psychosis -- and he said the video shows the deputies' approach was unjustified.

"The prosecutor is telling us on one hand that this woman needed to be restrained and tasered because she was so out of control," Earley said. "And then on the other hand, we're seeing a tape where she comes out (of her jail cell). She's saying, 'You said you weren't going to hurt me.' She's immediately taken to the floor. There's not one moment where she's in control. There's never one moment where these officer's lives are being threatened."

The sheriff, Stacy Kincaid, sought to assure McKenna's family that her department had made changes -- such as dropping the use of Tasers in jail and routing prisoners with mental health issues to other programs instead of locking them up -- to ensure other inmates did not die in custody.

"Natasha McKenna did not die in vain, and there will be something good that comes of this tragedy, and that is a better system that's going to be set up in terms of how we treat those with mental illness," Kincaid said.

Watch video of the incident posted online by FairfaxCountySheriff: