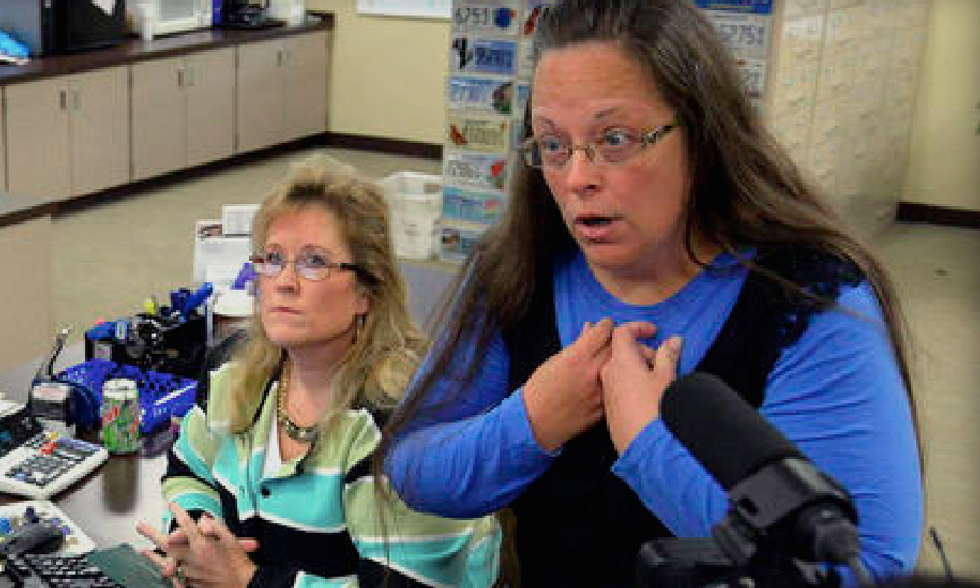 Lawyers filed a motion Tuesday morning to hold Kentucky's Rowan County Clerk Kim Davis in contempt of court for refusing to obey the bevy of court orders against her and provide marriage licenses for same-sex couples.

UPDATE: Kim Davis says in statement: ‘This has never been a gay or lesbian issue. It is about marriage and God’s Word.’

The Courier-Journal said that Davis' request for a stay from the U.S. Supreme Court was denied on Monday and yet, the rigidly Christian clerk reported for work on Tuesday and continued to refuse "under God's authority" to fulfill her duties.

The Associated Press said that Davis and her staff have been ordered by U.S. District Judge David Bunning to appear in federal court on Thursday morning at 11 a.m. to explain themselves.

Rowan County residents David Moore and David Ermold have been trying to obtain a marriage license from Davis' office for weeks, only to be rebuffed again and again by Davis and her staff, who say that their Christian principles will be violated by doing what the courts have mandated.

"This is overwhelming. It feels ridiculous," said Moore to the Clarion-Ledger after being refused on Tuesday. "Who has to go through this to get married? This is 2015. This is America. This is what we pay taxes for -- to be treated like this? To be discriminated against?"