GOP ex-candidate says ‘Ben Carson got it right’: Muslims ‘should drop out of America’ 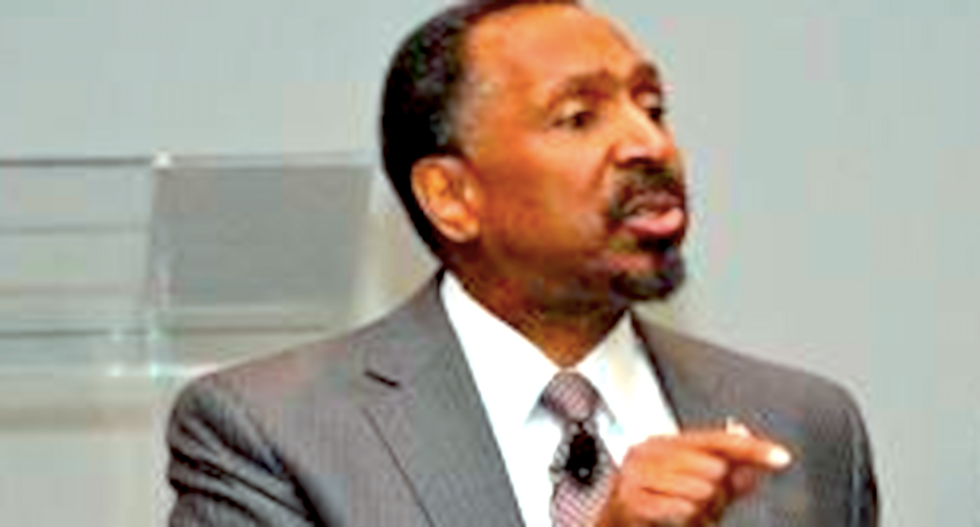 Carson, the retired neurosurgeon and Republican presidential candidate, said Sunday that electing a Muslim president would not be consistent with the Constitution -- which specifically prohibits a religious test for any public office.

“I would not advocate that we put a Muslim in charge of this nation, I absolutely would not,” Carson said during an appearance on "Meet the Press."

Jackson, the gun-loving pastor and frequent Fox News guest, threw his support behind Carson and took his remarks a step further.

"Ben Carson got it right," Jackson tweeted Monday morning. "America does not need a Muslim President. Muslims calling for Carson to drop out, should drop out of America."

A spokesman for the GOP candidate defended his remarks, saying that Americans were probably too bigoted to elect a Muslim -- and repeating Carson's claim about Islam and constitutional values.

“He has great respect for the Muslim community, but there is a huge gulf between the faith and practice of the Muslim faith, and our Constitution and American values,” said campaign spokesman Doug Watts.

Jackson agreed, saying "Islam is incompatible with the US Constitution," and also defended GOP frontrunner Donald Trump for not correcting a supporter who claimed President Barack Obama was Muslim.

No candidate can be held responsible for what citizens say in a town hall meeting. People don't need to be lectured, but listened to.
— E.W. Jackson (@E.W. Jackson) 1442834320.0

Then Jackson indulged in some birther conspiracy-theorizing about Obama.

"Many Americans believe President is a Muslim because he lived in a Muslim country, had Muslim father & viscerally defends Islam," Jackson said.

Many Americans believe President is a Muslim because he lived in a Muslim country, had Muslim father & viscerally defends Islam.
— E.W. Jackson (@E.W. Jackson) 1442834499.0