Larry Wilmore ‘gut-punched’ by arrest of fellow ‘nerd’ Ahmed Mohamed: ‘How does he end up in handcuffs?’ 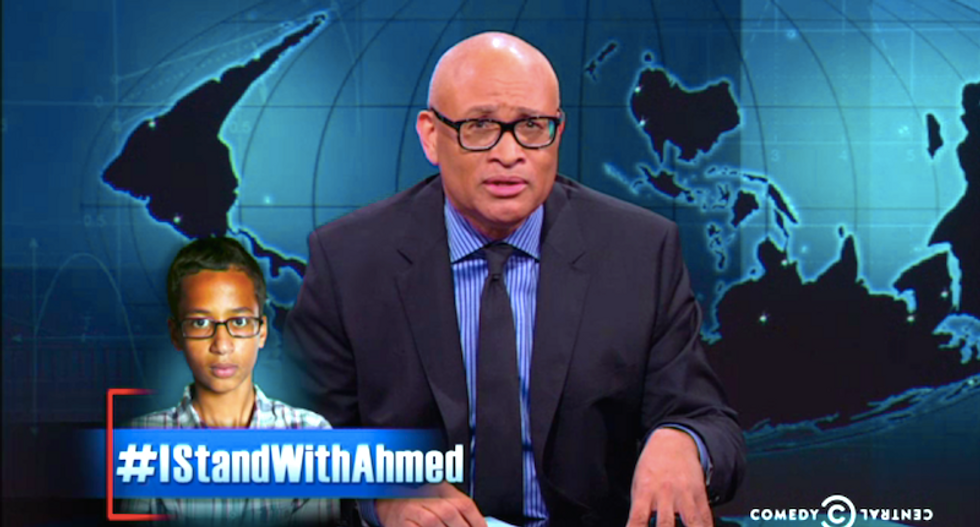 Larry Wilmore tried to wrap his head around the arrest of a Muslim teen who built a clock and brought it to his Texas school -- where teachers thought the homemade device was a bomb and called police.

The chief of Irving police, Larry Boyd, said the teen was arrested because, during questioning at the school, he would only say that the device was a clock and "was not forthcoming about any other details."

"That's because there were no other details," Wilmore said. "It's a clock. It tells time because it's a clock."

Related: ‘You are the kind of student we want': MIT surprises Ahmed Mohamed during live interview

"The story's a gut punch, man," Wilmore said. "I mean, I was nerd. This kid looks kind of like me. Actually, I looked way nerdier than Ahmed. Ahmed could kick young Larry's ass, to be honest."

He said the 14-year-old ninth-grader was "doing everything right," excelling in school and interested in subjects that the government spends millions of dollars trying to encourage students to pursue.

Wilmore showed a photo of the clock, which was built inside a small briefcase-type container, and conceded it looked a little bit like a bomb.

"But once we determine that it's the kind of clock that doesn't count down, how does he end up in handcuffs?" he said. "Let's just say it: There's no way the school would have done this if he wasn't Muslim. I mean, in Texas you can drive through Chick-fil-A sporting an AR-15 and nobody even bats an eye."