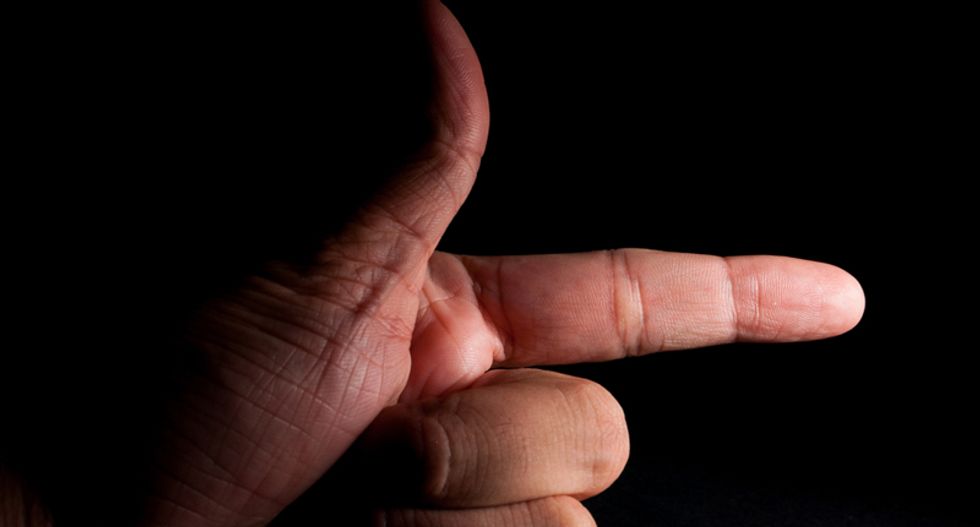 Authorities in Baltimore County say a man shot and killed by a police officer on Wednesday following a chase, was pointing his finger as if it was a gun when the officer fired on him, the Guardian is reporting.

According to police, the man who has yet to be identified was running from police after attempting to purchase a type of narcotic cough syrup -- which can be combined with alcohol to get high -- using a fake prescription at a pharmacy.

Responding to a call from the pharmacist, the officer chased the man who abruptly stopped and, according to police authorities, "reaching around to the small of his back and abruptly whipping his hand around and pointing it toward the officer, as if with a weapon.”

According to police, video taken by a surveillance camera at a nearby business shows the man falling to the ground where he “refuses to comply and keeps reaching into his waistband, as if for a weapon.”

The man was shot three times and died despite efforts by medical personnel to revive him. The officer who shot him has been placed on desk duty while the incident is being investigated.

Investigators say they have not recovered a weapon at the scene of the shooting.

The police shooting took place in a community of about 25 miles north-west of the Baltimore, where protests erupted earlier this year following the death of Freddie Gray, 25, while in police custody.

Watch video below from CBS-Baltimore: