MSNBC host stumps Huckabee: Why attack Hillary as lawbreaker when you back Kim Davis? 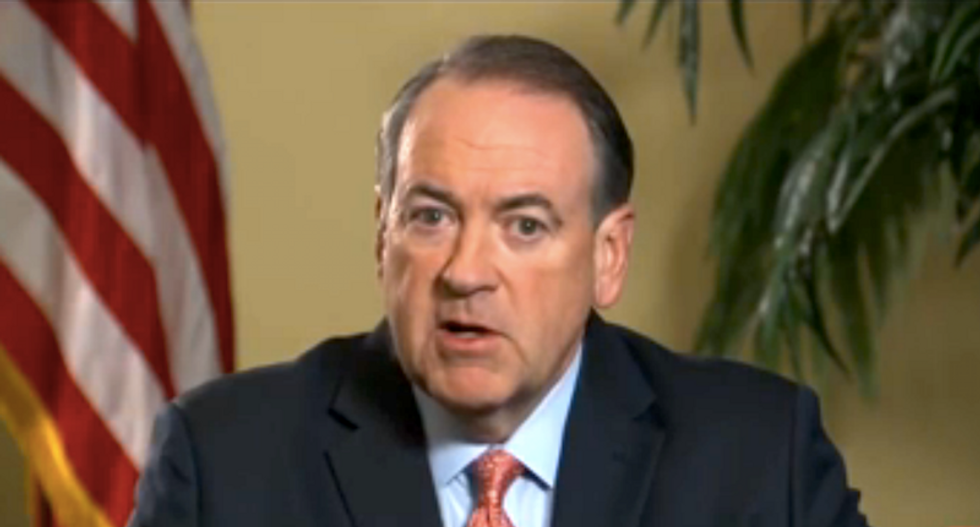 The former Arkansas governor was complaining about media coverage of the Hillary Clinton email scandal when the MSNBC host asked him about his double standard on breaking the law, reported Mediaite.

"(Clinton is) like the kid in the neighborhood who is always breaking windows or stealing a pie from the window, and people just end up saying, ‘You know, that’s just little Billy -- That’s just the way he is,’" Huckabee said during an appearance on "Morning Joe." "And honestly, I think that people are so used to Clintonesque behavior.”

Brzezinski then asked Huckabee why he backed Kim Davis, the Kentucky county clerk who claims a religious right to disobey court orders and issue marriage licenses to same-sex couples, while bashing Clinton for alleged wrongdoing.

“You made some comments, ‘Thank God for her,’" Brzezinski reminded Huckabee. "(GOP presidential candidate) Carly Fiorina had a very different point of view about this, and it was more about rules -- the rule of law.”

Huckabee, however, insisted that same-sex marriage was not, in fact, legal.

“Can you quote the statute that has been passed by the people’s elected representatives? No," the former governor said. "The only law (Davis) is following is the Kentucky law, which by constitutional amendment defines marriage as a man and a woman.”

Brzezinski then reminded the GOP presidential candidate of the separation of powers set out in the U.S. Constitution.

"Governor, you know that the Supreme Court doesn’t have to have Congress pass statutes for their interpretation of the Constitution," the TV host said.

"That immediately becomes law of the land and supersedes all state laws,” said co-host Joe Scarborough.

“No, that’s not true,” Huckabee said, attempting a misdirection. “Look, you would have hated Lincoln, because he disregarded Dred Scott 1857 decision that said black people weren’t fully human.”