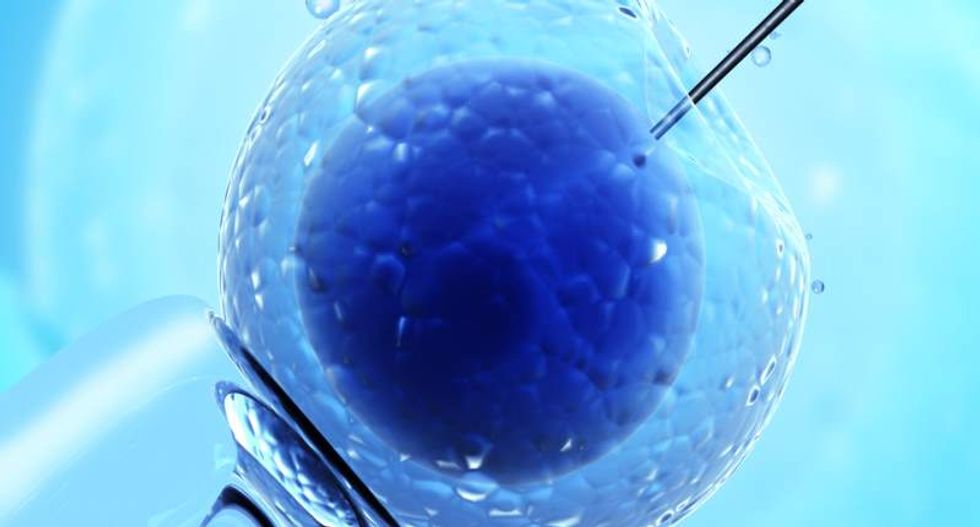 Wellcome Trust, Medical Research Council and others call for debate on potential of altering DNA to prevent diseases -- and risk of ‘designer babies’

Leading UK research funders are calling for an urgent national debate on the ethics of genetically modifying human embryos and other tissues to prevent serious diseases.

The plea has been prompted by scientists’ rapid progress in developing a powerful tool called genome editing, which has the potential to transform the treatment of genetic conditions by rewriting the DNA code of affected cells.

Although UK law bans genetic modification of embryos for clinical uses, it is permitted in research laboratories under license from the fertility regulator, the Human Fertilization and Embryology Authority (HFEA) – provided the embryos are destroyed after 14 days.

In a position statement published on Wednesday, five leading biomedical funders declare support for genome-editing research and certain therapies that might follow, such as infusions of modified immune cells that are tailor-made to attack patients’ tumors.

But they add that altering the DNA of human sperm and eggs, known as “germ cells”, and human embryos should become the focus of a broad ethical debate that fully explores the potential benefits and pitfalls of the procedure.

The prospect of modifying human embryos is deeply controversial because the DNA changes, and any potentially unintended harmful effects, would be passed on from generation to generation. The risks of altering the human germ line, as it is called, has troubled ethicists for decades. Without proper regulation, the procedure also raises the spectre of “designer babies”, where embryos are genetically modified to enhance them in the eyes of their parents.

“We believe that genome-editing technologies may hold significant potential for clinical applications in the future, and we would be open to supporting the development of new therapeutic approaches should the evidence from research advance sufficiently to justify their use,” the statement says.

It adds: “There may be future potential to apply genome editing in a clinical context using human germ cells or embryos, though we understand this is unlikely to be permissible in European jurisdictions at present. This raises important ethical and regulatory questions which need to be anticipated and explored.”

In laboratory studies, scientists have used genome editing – known technically as Crispr-Cas9 – to correct mutations that cause metabolic disorders, to create cells that attack tumors and to make others that are resistant to HIV infection.

The most controversial study emerged in April when Chinese researchers took faulty IVF embryos that would otherwise have been discarded and edited the DNA to fix an aberrant gene that causes a life-threatening blood disorder.

Shortly before the Chinese study was published, a group of US scientists led by Edward Lanphier, chairman of the Alliance for Regenerative Medicine in Washington DC, called for a global moratorium on modifying human reproductive cells and embryos, even for basic research.

“Such research could be exploited for non-therapeutic modifications. We are concerned that a public outcry about such an ethical breach could hinder a promising area of therapeutic development,” the group wrote in the journal Nature.

Michael Werner, executive director of the Alliance for Regenerative Medicine, said it agreed “to the need for a robust discussion about this important topic”.

Similar concerns were voiced in the US journal Science by a group that included one of the inventors of Crispr-Cas9, Jennifer Doudna, from the University of California, Berkeley. Unlike the UK, the US has no law banning the creation of genetically modified embryos for clinical uses.

Katherine Littler, senior policy adviser at the Wellcome Trust, said: “We think it’s important to look at the issues in relation to human cells, and particularly the germ line, in clinical applications. It’s a long way off, but we think it’s very important that these issues are looked at.

“Let’s have some well thought-through debates. A moratorium is the wrong starting point. We want an open dialogue. We want people to have an open mind about the issues rather than respond straight away.

“You can’t predict where the public or even the science community will take this debate, but hopefully it will be informed by good science and good ethics and not hyped fears.”

The issues raised by genome editing are due to be explored by the US National Academy of Sciences, the Nuffield Council on Bioethics, and the Hinxton Group, an international organization that brings scientists and policymakers together.

“It’s really important that these bodies do this to frame the issues and work out what the key ethical questions are, rather than it being overtaken by people who already have a particular stance,” Littler added.

Peter Mills, from the Nuffield Council on Bioethics, said: “They [the funders of the research] are clearly conscious of the broad public-interest questions that go beyond the scientific risks involved in germline editing, and they are keen to get that debate moving.

“The possibility of germline editing has come into view and they want to move forward with a debate on this before we arrive at that point.”