'She should leave him': Adult film actress says Josh Duggar 'not stable enough' to be trusted with kids 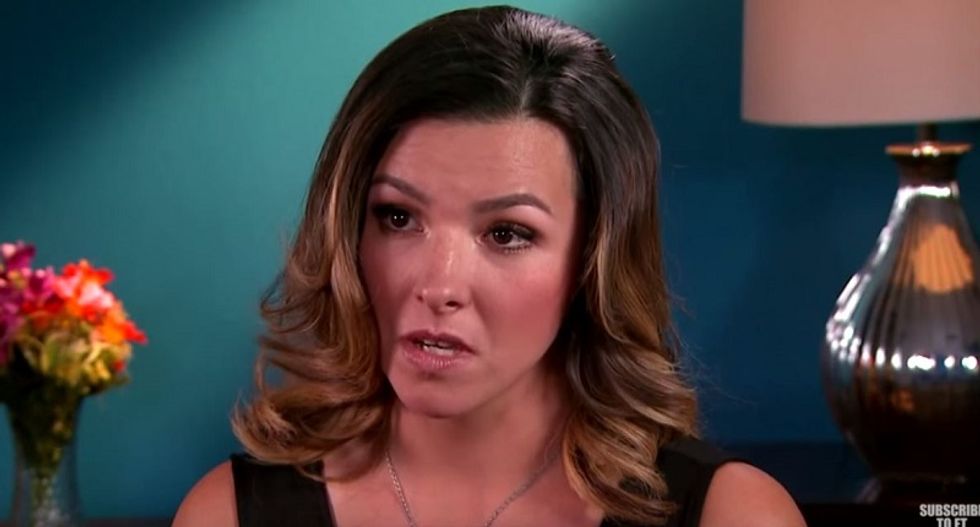 The adult film actress who Josh Duggar paid to have sex with had some blunt words for Duggar's wife Anna -- she should leave him.

Danica Dillon alleges she had two sexual encounters with Duggar, whom she met at a Philadelphia strip club. She laid out some disturbing details in an interview with Entertainment Tonight, saying that while the encounters were consensual, she felt like she was being raped because "he was tossing me around like a rag doll, forcing me to go into positions."

She called the experience "terrifying." Duggar's wife, Anna, was pregnant with their fourth child at the time.

Dillon said that Anna should take her children and leave and suggested Duggar may not be trustworthy around his four children.

"I think she needs to leave him, and separate herself and her children from him, until he mentally can be stable enough to be trusted around his children," she said.

She also recommended Duggar get treatment for his behavior.

"[My advice is] that he remains in treatment and gets counseling and stops preying on women," she told ET.

Dillon said she didn't know who Duggar was at the time of the encounter because she isn't a television watcher. She said he didn't tell her he was married and had children.

Duggar had been a "family values" activist and worked with the vocally anti-gay Family Research Council. He resigned amid scandal after it was revealed he had molested underage girls, primarily his own sisters, as a teenager and it had been covered up by his family.

His family, the subjects of the TLC reality show 19 Kids and Counting, have also promoted an anti-gay agenda, with matriarch Michelle sending out robocalls last year in an effort to defeat a Fayetteville, Arkansas city ordinance that would protect the civil rights of LGBT people.

Last week, Duggar reportedly entered treatment with a religious organization called Reformers Unanimous. It is unclear whether or not he is actually receiving treatment.