Ben Carson might be lying about stabbing people and getting robbed -- but why? 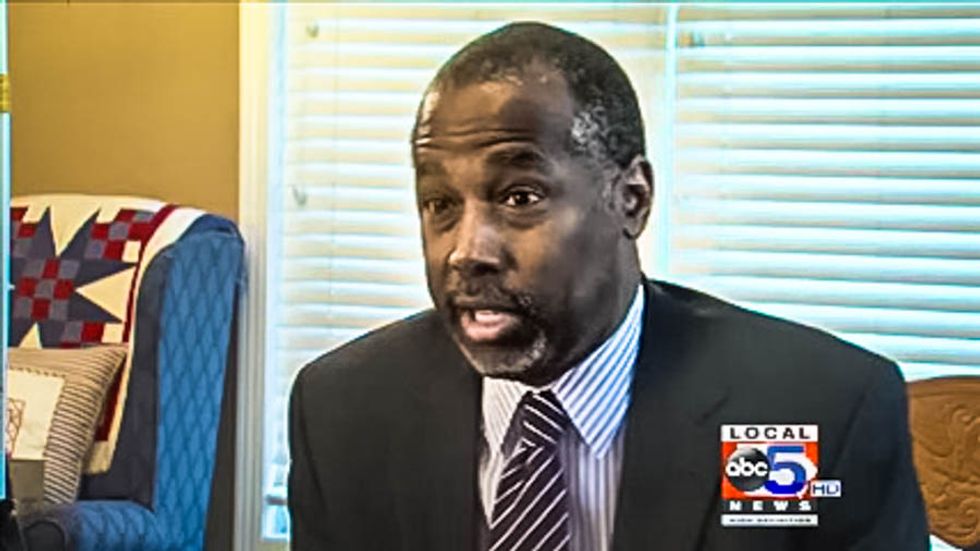 Everybody knows politicians lie sometimes -- but we usually assume they're being dishonest to make themselves look better.

So who knows what the hell Ben Carson is trying to accomplish by claiming he tried to stab a guy, attacked people with hammers or sent an armed robber after a fast food cashier?

The Republican presidential candidate and retired neurosurgeon responded to frontrunner Donald Trump's jibes about his somnolent personality by recounting his days as a "volatile" and violent teenager.

“As a teenager, I would go after people with rocks, and bricks, and baseball bats, and hammers," Carson said. "And, of course, many people know the story when I was 14 and I tried to stab someone. And, you know, fortunately … my life has been changed. And I’m a very different person now.”

However, the details about that stabbing attempt keep changing in the 20 years Carson has been telling the story, reported The Daily Beast.

Carson first told the story in two books published in 1996, describing how he allegedly attacked a friend named "Bob" with a pocket knife during an argument over the future candidate's love for classical music.

The attempt ends with the knife blade hitting Bob's belt buckle, and Carson says he apologized, ran home and eventually became a Christian as a result of the incident.

The details of the story change somewhat in retellings over four subsequent books.

In some accounts, Carson attacks his friend with a "large camping knife," but sometimes it's just a pocketknife, and some tellings place the scene at Bob's house while other tellings take place at Carson's home.

"He fled in terror but I was even more terrified when realizing that I had almost killed someone," Carson writes in that last book, "One Nation." "That incident led me to prayerfully consider my plight and to ask for God’s guidance and help. I came to understand that very day that I was always angry because I was selfish.”

He doesn't mention the knife attack in the three books he's published since then.

Carson's campaign declined to answer The Daily Beast's questions about the apparent discrepancies about the knife attack.

His campaign also shut down similar questions about Carson's claims that he was held at gunpoint at a "Popeye's organization" in Baltimore, Maryland, near Johns Hopkins University.

Baltimore police said Carson's description of the event, which he shared the day after survivors of a mass shooting in Oregon slammed the candidate for suggesting they should have stopped the gunman, could not be verified.

"I can tell you categorically as a God-fearing Christian, it's something that happened," Carson insisted. "It's not something I made up."

Carson’s “business manager” and central advisor, Armstrong Williams, claimed the candidate had described the story in his 2006 book, "Take The Risk," although The Daily Beast could find no mention of the anecdote.

Williams said Carson didn't like to share the story about him directing the robber to a "guy behind the counter" because he didn't like to “seem braggadocios.”

The campaign adviser claims that Carson, who is a vegetarian, was buying French fries, not chicken, during the visit -- which Williams has variously claimed ended with police or Popeye's patrons chasing the robber down the street after he fled with the money.

“Based on the information that #BenCarson mentioned, there was not enough info to identify a police report in reference to the incident,” Baltimore police posted about the incident on Twitter.

Eventually, the Carson campaign refused to answer any more questions about the candidate's claims.

"The incident at Popeyes occurred over 30 years ago," said Ying Ma, deputy communications director. "Suggestions that Dr. Carson is lying are outrageous. We will not entertain any further discussion on this issue."