Colbert gets serious on mass shooting 'insanity': 'We change nothing and pretend it won't happen again' 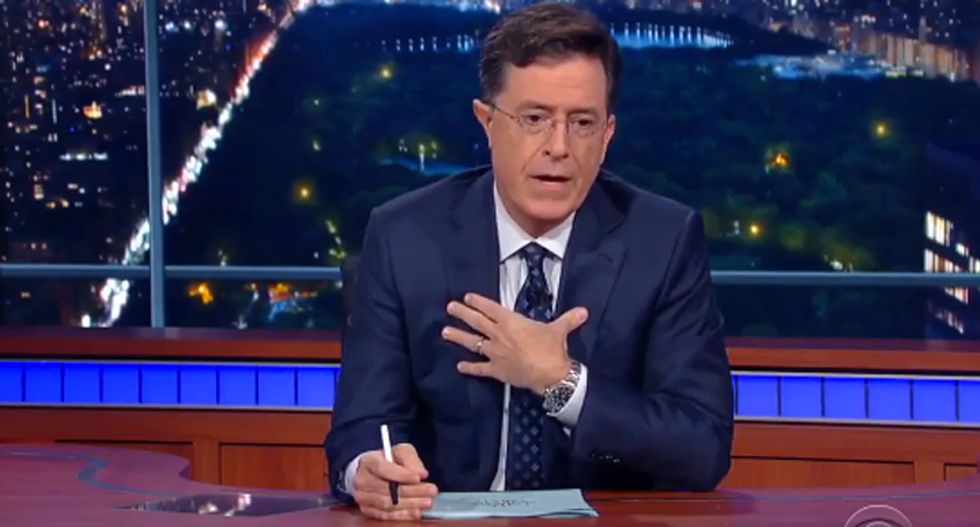 Starting out lighthearted before turning serious, Late Show host Stephen Colbert addressed the public's response to the mass shooting in Oregon, saying  it as the U.S. suffers from a type on national insanity.

Describing his career on Comedy Central as years of pretending to be a certain character, Colbert said it's important to not always pretend you know what you're doing.

"In the face of the killing in Oregon yesterday, I honestly don't know what to do or say," He explained."Other than our hearts are broken for the people struck by this senseless tragedy. I don't know how to start a show like this which is often about what's happened in the last 24 hours."

"I can't pretend that it didn't happen.I also can't pretend to know what to do to prevent what happened yesterday, all of the times it has happened before," he said before pausing. "But I think pretending is part of the problem. These things happen over and over again and we are naturally horrified and shocked when we hear about them -- but then we change nothing and pretend that it won't happen again."

"Some say the answer is stricter gun laws, some say the answer is mental health care, that we need better treatment or just keep the guns out of hands of the insane. Maybe it's both. I honestly don't know. But I do know that one of the definitions of insanity is changing nothing and then pretending that something will change."