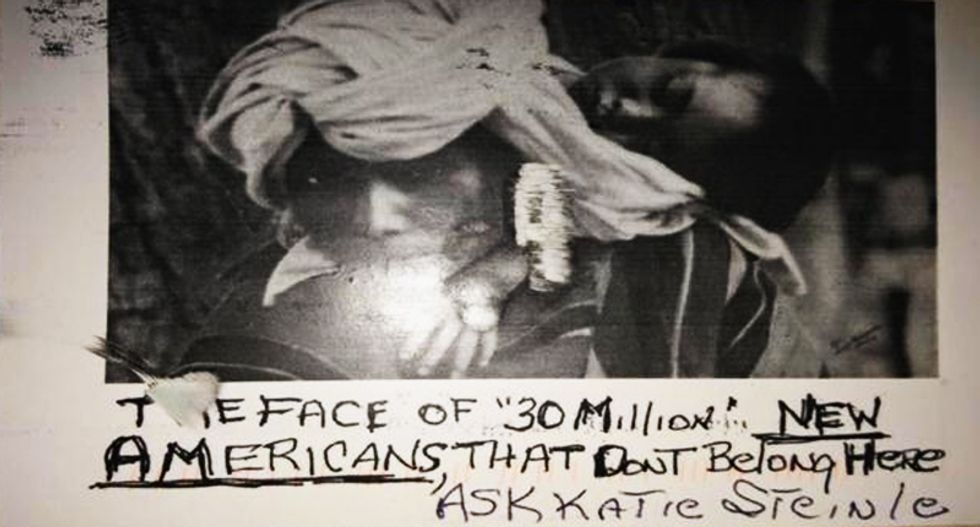 U.S. Postal inspectors are investigating postcards being sent to Hispanic-owned businesses in Milwaukee, blaming recent immigrants for the death of Katie Steinle.

According to CBS58, local Hispanic businesses along with union headquarters have received anonymous postcards in the past few weeks attacking undocumented immigrants, calling them "illegal Mexican trash."

According to authorities, postal inspectors were brought in to assist local police with tracking down the culprits out of fears the businesses themselves could be attacked.

"I know that they are investigating to see if any ordinance or state statute has been violated and if and when that happens I have all the confidence that police will take all the right measures and hold that person accountable," explained Alderman José Perez whose district has been hit hard with the hate campaign.

"The constituents are offended, which they should be and there's also some fear that this may escalate,” Perez added. “We don't want that to happen and that's why the police is involved."

The cards call for deportation of "illegal Mexican thieves" while referencing Kate Steinle, a San Francisco woman who was accidentally shot by an undocumented immigrant in July, and whose image and name have been co-opted by anti-immigrant groups.

Watch the video below from CBS58: