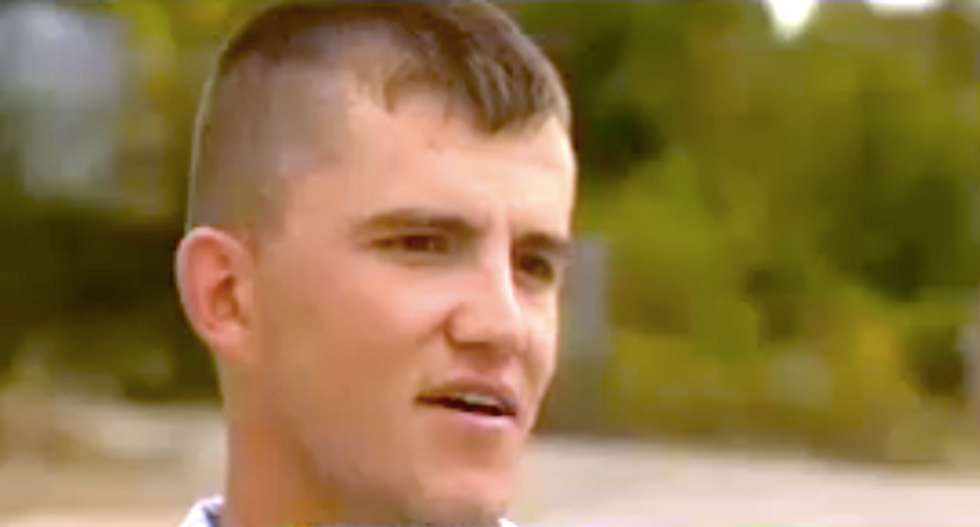 The Oath Keepers are calling for a boycott of Waffle House over its ban on guns.

The boycott was prompted when employees at a Kentucky franchise asked a uniformed National Guard member to leave his weapon outside after employees recognized him as a participant in a fight inside the eatery.

"I don't feel comfortable taking my firearm away from me," guardsman Billy Welch told WLEX-TV. "I always keep it with me and they said, ‘It's one of our policies.’"

Welch said he wouldn't eat there without his gun, so he left -- and a witness described the incident in a viral Facebook post.

The restaurant owner said the gun ban had been in place for years, and he believes the policy keeps his customers safe, but he said the ban is loosely enforced for military members.

The Oath Keepers, however, don't feel safe at any Waffle House without their guns, so they want to make an example out of the restaurant chain in hopes of forcing other businesses to let them carry their guns.

"Waffle House would actually be a great candidate to single out and make an example of," said David Codrea, an Oath Keeper and pro-gun blogger. "If they dig their heels in and go belly-up, who cares? And if they end up doing the right thing, it will be an in-your-face victory that’ll cause a very public Demanding MILM hysterical meltdown."

"My friends at The Firearms Coalition have devised an educational card for businesses that post 'No Guns' signs on their premises, and recommend handing them out to misguided proprietors," Codrea said. "Similarly, groups like Ohioans for Concealed Carry have cards declaring 'No Guns = No Money,' and various groups have compiled lists of anti-gun businesses to avoid. There’s even an app for that."

"The profit margins at such places are hardly high enough to give such an advantage to their competitors on a sustained basis, so speaking for myself, I’ll never set foot in one again until they change their policy, publicly apologize, and begin proactively supporting and promoting the right to keep and bear arms," Codrea sniffed.

The Waffle House franchise owner told Eater that Welch, the National Guardsman, had been kicked out of the restaurant for fighting a couple of weeks prior to being asked to leave his gun outside.

The Nicholasville franchise owner defended his employee, who he said made a "snap decision" while working at 2 a.m., and complained that media accounts neglected to mention the previous fighting incident.