Trevor Noah: Imagine if Repubs used their 'pro-life passion' against the NRA and not Planned Parenthood 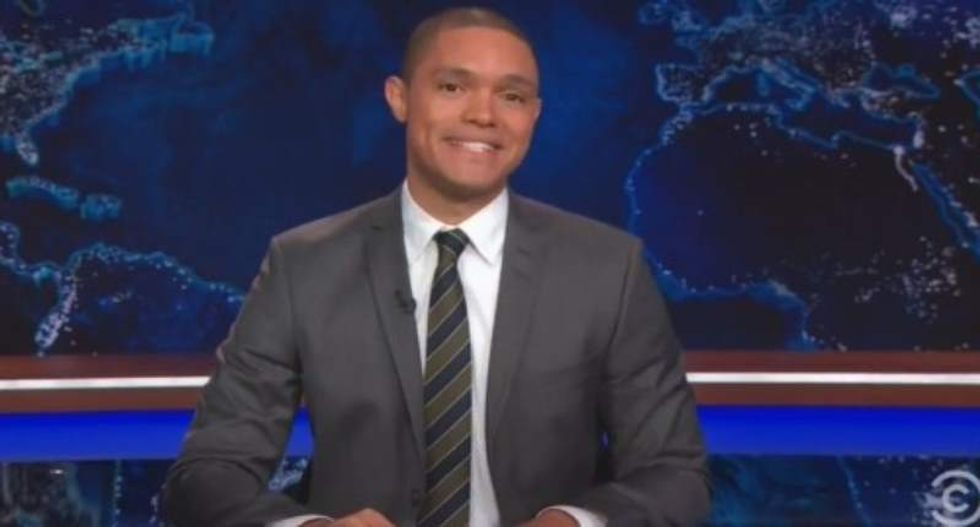 Daily Show host Trevor Noah asked his viewers on Monday to imagine what would happen if Republicans put as much effort into regulating guns as they did womens' reproductive health.

"The amount of lives they save could reach superhero levels," he said. "They just need to have a superhero's total dedication to life. Right now they're more like comic book collectors: human life only holds value until you take it out of the package, and then it's worth nothing."

Noah then asked his audience to "imagine if we could bring some of that pro-life passion into being more, well, pro-life," adding his own gun-safety commentary to anti-abortion rhetoric from various conservatives.

As things stand, though, Noah argued that former Florida Gov. Jeb Bush and Rep. Jason Chaffetz are more underwhelming characters, dubbing Bush "the Tranquilizer" and Chaffetz "Delusional Man." In Chaffetz's case, he said, the Utah congressman reacted to being widely-criticized for his performance in a House hearing on Planned Parenthood by announcing that he would run for House Speaker.

"What the hell?" Noah asked. "A guy who gets stronger the more embarrassed he gets?"

Noah also made fun of GOP presidential candidate Carly Fiorina for her tough talk regarding a Planned Parenthood video that actually did not exist.

"When Carly Fiorina plays truth or dare, she does not mess around," the host said, before noting that the videos purporting to show the sale of "baby parts" have been debunked.