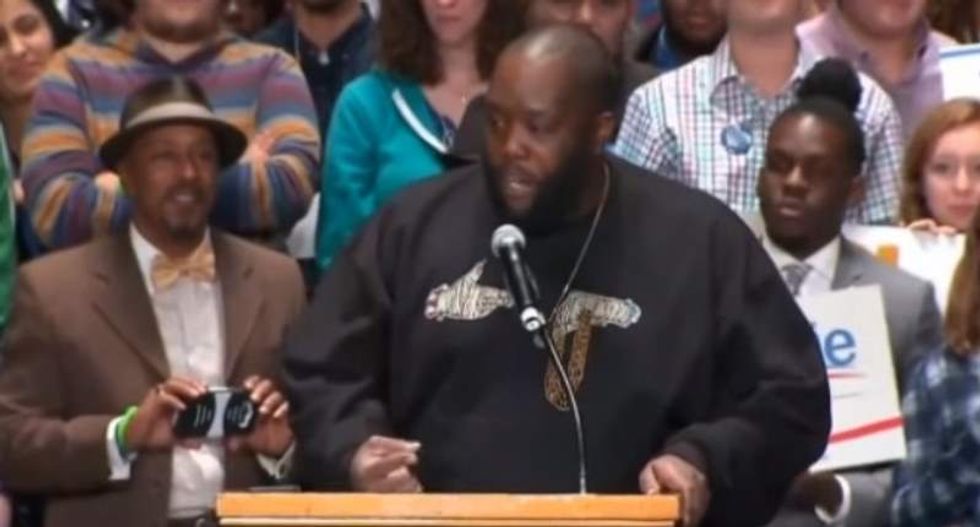 "I'm not here to talk about a dream that we think is unattainable so we settle for less," Rendell said. "I'm not here to talk about a utopian society where everyone is forgiven and no one has to pay for past debts. What I'm talking about today is the Martin King post-the Washington march; Martin King [during] the war on poverty; Martin King against the war machine that uses your sons and your nephews to go to other lands and murder."

Rendell introduced the Democratic presidential candidate onstage after spending what he described as five hours with him earlier in the day. The rapper, who endorsed Sanders this past June, posted pictures from the encounter online, as seen below.

Rendell also seemingly took a shot at Sanders' primary rival, former Secretary of State, making reference to what he called "our own Margaret Thatcher," while urging his supporters to remain active.

"Stay bold. Stay confronting bullsh*t at every turn," he said.

Watch Killer' Mike's remarks, as posted online on Monday, below.