Donald Trump: Black protester at my rally was 'disgusting' and 'maybe he should have been roughed up' 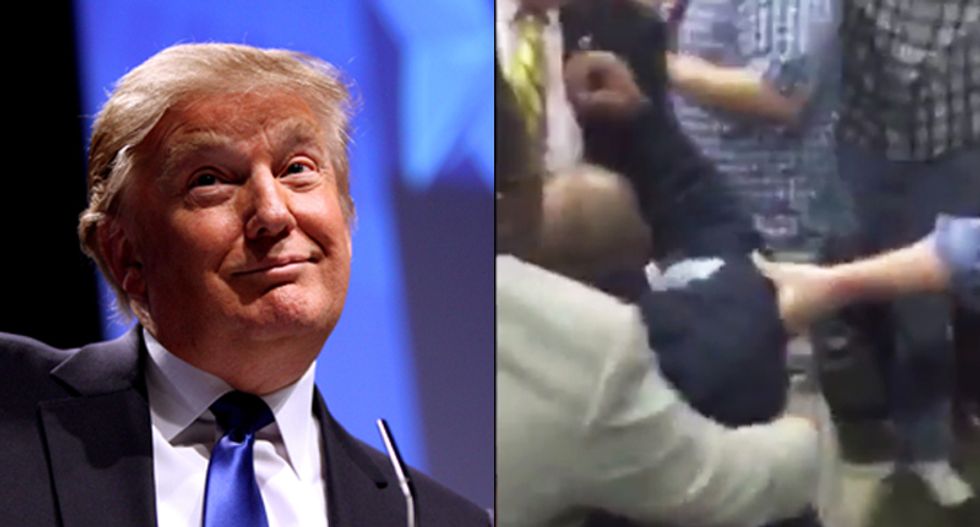 2016 GOP presidential front runner Donald Trump dismissed concerns about a viral video showing a Black Lives Matter protester being beaten and kicked at his supporters at a rally on Saturday, saying that maybe the defenseless man "should have been roughed up."

In the widely viewed video, the protester can be seen being dragged to the ground by security before several Trump supporters begin punching and kicking him. In the background, Trump can be heard yelling, "Get him the hell out of here."

Speaking with the hosts on Fox News Sunday, Trump called the protester "obnoxious" while at the same time questioning whether he was "roughed up."

"The man that you say was, I don't know, you said roughed up -- he was so obnoxious and screaming," Trump told host Ed Henry. "I had 10,000 screaming people in the room yesterday. Ten thousand people and this guy started screaming by himself, and I don't know. Roughed up? Maybe he should have been roughed up. Because it was absolutely disgusting what he was doing."

"This was not handled the way Bernie Sanders handled his problem, I will tell you that."