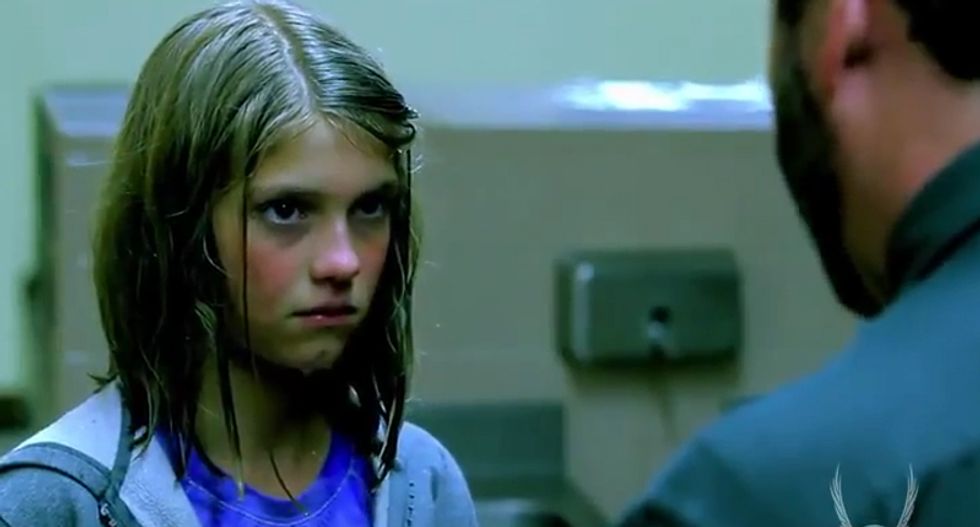 Screencap from 'All You Need Is Love' - via YouTube

A Kansas middle-school teacher has submitted his resignation after parents complained that he shared an anti-bullying video with his students that is readily available on YouTube.

According to the Wichita Eagle, Tom Leahy, who has taught at Conway Springs Middle School since 1997, is currently on leave and is not expected to return after angry parents contacted the school over the video, which flips the script and shows straight students being bullied by gay students.

Saying he "upset too many people," Leahy remarked that he was surprised at the overreaction by parents over the harmless video.

“I knew something was going to happen. I just didn’t know this would happen,” Leahy said.

The video -- which has been viewed over 12 million times on YouTube -- is called "Love Is All You Need" and turns the tables by showing a straight teen being bullied by classmates in a world that is predominately gay. Ignored by schoolteachers and adults, the teen eventually chooses suicide.

According to Leahy, he was called into the principal’s office several days after showing the film and told several parents were upset about the subject matter and tone of the film. Conway Springs Superintendent Clay Murphy claimed he also received calls.

Leahy said he also spoke with some parents and explained why he decided to show the film, with some telling him they were upset by the graphic nature of the film’s conclusion which includes the young girl slitting her wrists.

“Yeah, it was a little rough. I get it,” Leahy explained. “But shoot, these kids play video games that are decapitating people.”

According to Murphy, the school board will be meeting Nov. 9 and is expected to accept Leahy's resignation. Murphy noted that Leahy has intended to retire following the conclusion of the school year.

Leahy defended his choice of the film, saying, "I didn’t want just a dorky little film. I wanted something that was important, something that was serious. So that’s the one I came up with. I’m not saying what I did was very smart. It really wasn’t. But I’m a spur-of-the-moment kind of guy, and it seemed right at the time.”