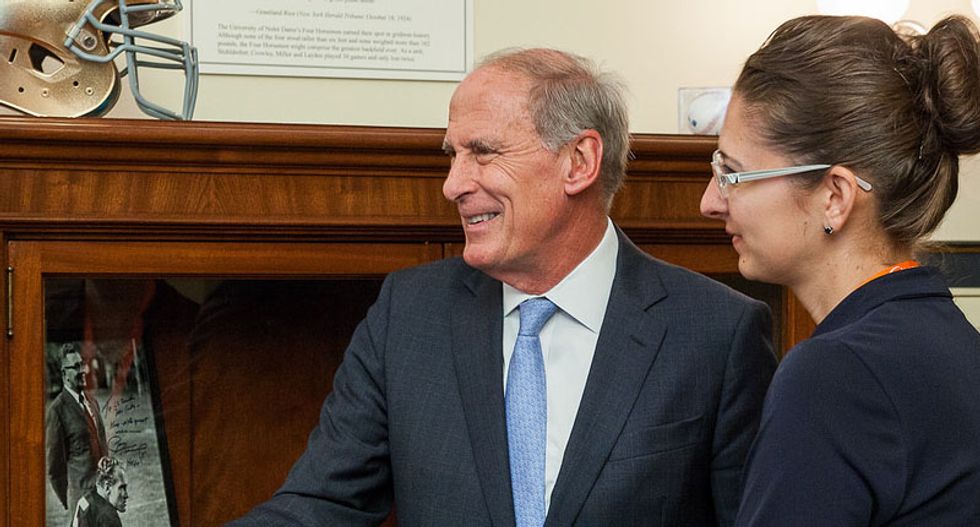 Sen. Dan Coats (R-IN) on Monday denied having any connection to the Ku Klux Klan after he was included in a list of politicians alleged to have ties to the notorious hate group.

"For those who are asking - I have never had any affiliation with the Ku Klux Klan and deplore all forms of racial discrimination," Coats wrote on Twitter. "This is baseless Internet garbage of the worst kind."

Anonymous hacktivists vowed to expose Klan members around the anniversary of the Ferguson protests, and began publishing some information on Monday.

A list of political figures was published on Pastebin by Twitter use Amped Attacks. But the document offers no evidence that anyone on the list is actually a KKK member.

"All I can really say without fully admitting to federal charges is that several databases were dumped from different KKK websites that all linked their emails to the politicians in question and the only way their emails would have been on there to begin with is if they showed support when signing up for [the site] or filled out an application," Amped Attacks told International Business Times.

The document also names Sens. Thom Tillis (R-NC), John Cornyn (R-TX), and John Hardy Isakson (R-GA). A spokeswoman for Isakson told Raw Story that the allegations were absolutely false and that the senator has never been affiliated with the KKK. The two other senators have not yet responded to the allegations.

Four mayors named in the document have also denied the allegations.

(Editor's note: This story has been updated with Isakson's denial.)