‘I will bomb your f*cking location’: Muslims face violent threats as Trump urges ban on mosques 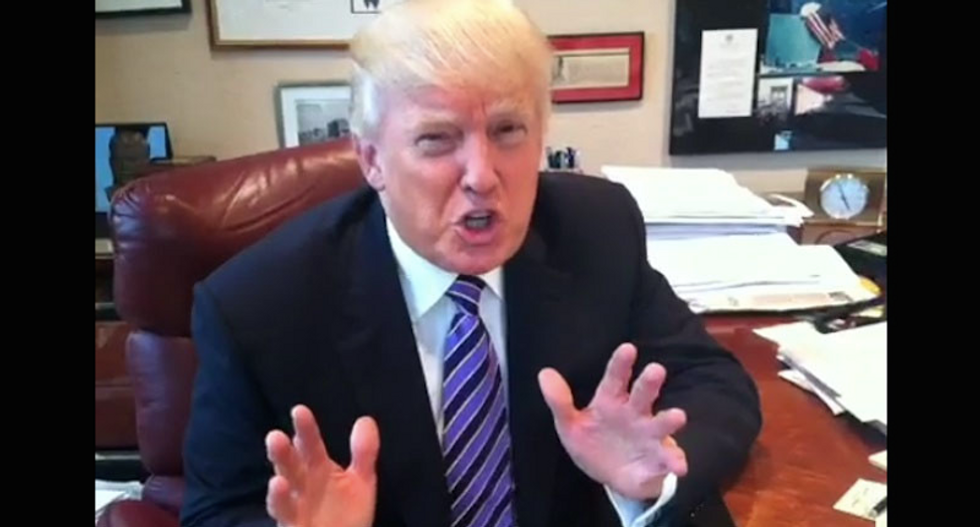 Trump renewed his call Monday morning to shut down mosques or at least place them under surveillance.

"You're going to have to watch and study the mosques, because a lot of talk is going on at the mosques," Trump said on MSNBC's "Morning Joe," less than a month after telling Fox Business that "absolutely” shut down U.S. mosques to defeat Islamic State militants.

"From what I heard in the old days, meaning a while ago, we had great surveillance going on in and around mosques in New York City, and I understand our mayor totally cut that out, he totally cut it out," Trump added, apparently referring to New York's controversial racial and religious profiling investigation -- which was discontinued after it resulted in zero arrests or leads.

Police are investigating several threats made over the weekend against Muslim houses of worship.

A caller left a threatening voice mail message that referred to the massacre about 7 p.m. Friday at the Islamic Society of St. Petersburg, Florida -- which canceled Sunday school over safety concerns.

"This act in France is the last straw," the caller warned. "You're going to f*cking die."

"I personally have a militia that's going to come down to your Islamic Society of Pinellas County and firebomb you, shoot whoever's there on sight in the head," the caller added. "I don't care if they're f*cking 2 years old or 100."

The state's chapter of the Council on American-Islamic Relations reported that a similar threat was made against another mosque by a caller who threatened to "bomb your f*king location" and "shoot people at will."

A small group of protesters wearing T-shirts and carrying signs with anti-Muslim slogans stood outside a Portland, Oregon, mosque Sunday afternoon -- which reminded worshipers arriving for prayer services of the days after the Sept. 11, 2001, terrorist attacks.

"When you see that, I just kind of (thought), 'Oh, here we go, you know, with this,' and I was just hoping that it didn't get out of hand," said Abdul Rahim Hubbf, of the Portland Rizwan Mosque.

Hubbf said he was horrified by the deadly attacks in Paris, but he admitted he also feared for his own community.

"We start to wonder, what's the backlash going to be because of what these lunatics and terrorists have done," Hubbf said.

The fire caused about $80,000 in damage to the only mosque in Peterborough, Ontario, about half an hour after around 70 members were inside celebrating a birth.

“Mothers with little kids were there,” said Kenzu Abdella, president of the Kawartha Muslim Religious Association.

No injuries were reported in the fire, which remains under investigation, and classes and prayer services at the mosque have been canceled until the damage is repaired.