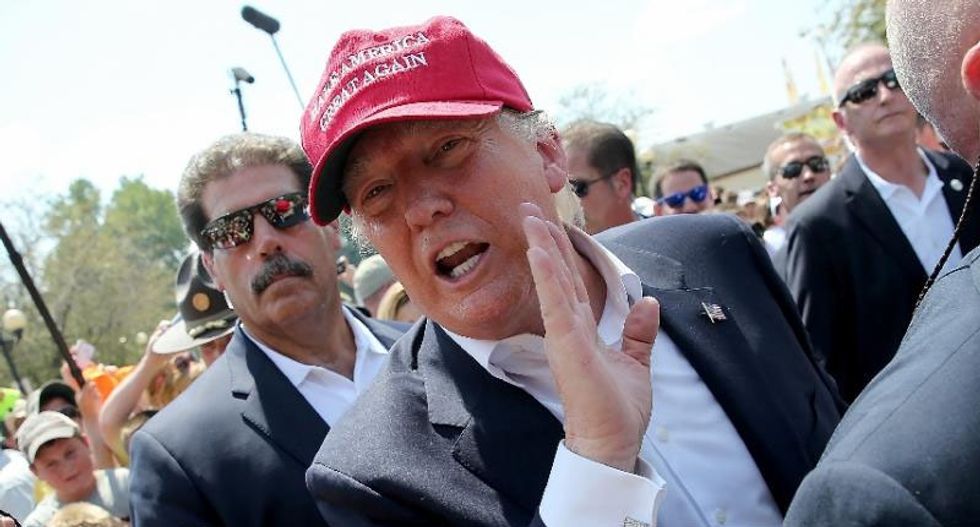 The campaign manager for GOP presidential aspirant Donald Trump is claiming that "special interests'" behind the mainstream media are hiding proof that thousands of Muslims celebrated in New Jersey on 9/11/2001 in order to make his candidate look bad.

According to Right Wing Watch, Trump campaign head Corey Lewandowski hinted at a dark conspiracy between media outlets who have labeled Trump's assertion that he saw celebrating Muslims on the day of the terrorist attacks as bogus.

On Saturday, Trump gave a speech where he claimed, "I watched in Jersey City, N.J., where thousands and thousands of people were cheering" as the World Trade Center collapsed.

With fact checkers saying there is no evidence supporting Trump's statement, his campaign is pushing back by saying there is something sinister going on within the media.

"For the mainstream media to go out and say that this didn’t happen is just factually inaccurate. We know it happened. They should go back and check the FBI records. Mr. Trump has provided them local media outlets that have covered this coverage that they don’t want to go and talk about. He’s provided many opportunities for them to go and see it but they have their own agenda, the media has their own agenda," Lewandowski explained in an interview with Trump-friendly Breitbart.com. "They want to try and discredit as many people as possible so they can have an establishment candidate come in and think that everything is going to be the same because they are all controlled by the special interests and they are all controlled by the media and it is what the American people are just so tired of."