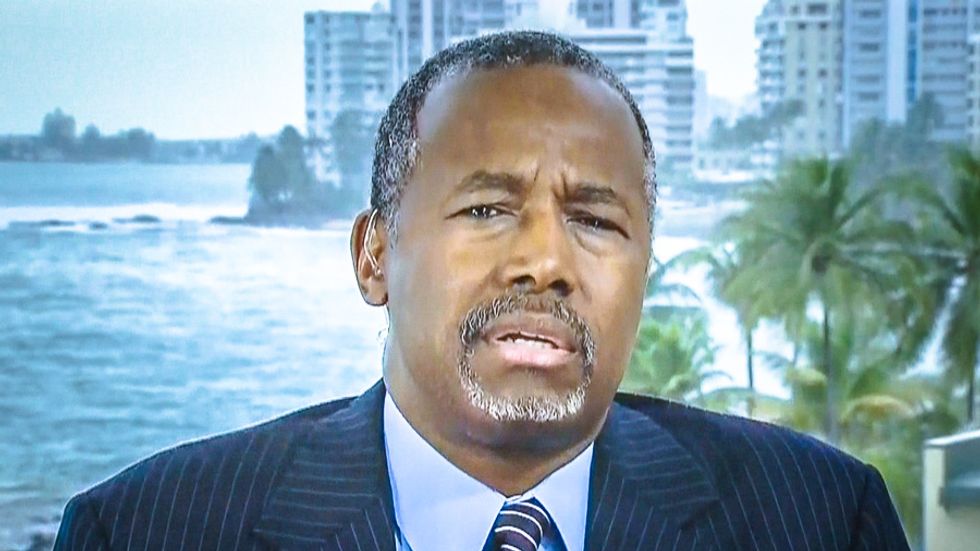 Thursday morning a sleepy Carson received a phone call from campaign manager Barry Bennett telling the retired neurosurgeon he was leaving the campaign after months of turmoil -- primarily related to interference from Carson adviser Armstrong Williams. The other shoe dropped when Communications Director Doug Watts also let the faltering candidate know he was quitting too.

According to Reuters, deputy campaign manager Lisa Coen has also stepped down.

"I called him to tell him that we’d raised more money than any other Republican candidate again this quarter, that we’d even broken our own record from last quarter, but that my frustration level was boiling over and I thought that it would be best if I resigned and he found somebody else to run the campaign," Bennett told Time.

In a later interview with Reuters, Bennett laid the problem squarely at the feet of Williams --  a public relations executive whom many feel is using the  Carson campaign as a moneymaking scheme.

"For the past seven weeks, I’ve been doing nothing but putting out Armstrong Williams-started fires," Bennett said.

The straw that broke the campaign's back was an interview that Armstrong set up for Carson with the Washington Post where he hinted a campaign shake-up might be in the offing -- catching staffers flat-footed and unprepared for damage control over rumors the campaign was in a death spiral.

"I’m like, we have 150 staff people who all went home for Christmas thinking that their jobs were on the line. And that was stupid," Bennett explained. "First of all, that’s not a good press story Two, we ruined everybody’s holiday. So I spent the holiday talking to everybody trying to convince them that everything was fine, and I just got angrier and angrier about it. And I prayed about it, and the Serenity Prayer came to mind, you know, there’s some things you just can’t change."

“I don’t know who all will still be here, it’s not my problem” Bennett said. “I can play amateur politics at home with my 9-year-old I don’t need to do it at the professional level."

Reportedly Carson foreign policy adviser Robert Dees -- who has no experience running political campaigns -- will take over a campaign that has been characterized by moving from gaffe to odd statement to miscue as Carson's poll numbers have fallen drastically.