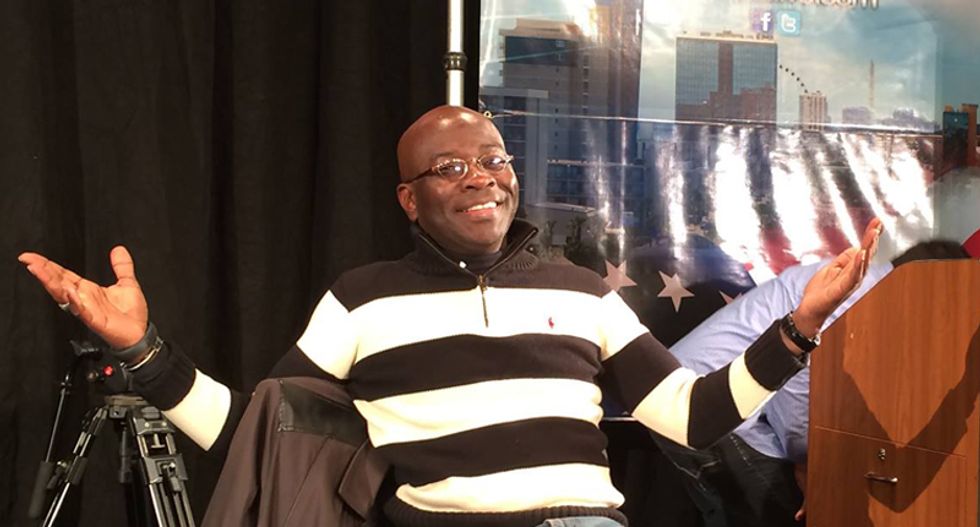 With each outrageous pronouncement followed by an even more confusing explanation, questions are being asked whether newly-minted GOP presidential front runner Ben Carson is sincerely running for president or using the primary process to market himself  and his books --- thereby putting money in his pocket.

In a GOP campaign season where wild and unsupported pronouncements by political outsiders have resulted in jumps in the polls over more measured comments by career politicians, Carson's almost daily headline-grabbing comments seemed timed to assist his recently completed book tour to promote his latest offering, "A More Perfect Union."

To explain the quixotic decision to stay out of the early primary states and cash-in on his celebrity by selling books instead, one need only look to Carson's business manager and unofficial campaign manager, political commentator Armstrong Williams.

Williams was a public relations executive who came to Washington and worked as an aide to Supreme Court Justice Clarence Thomas when he was the chairman of the U.S. Equal Employment Opportunity Commission. After a few other stops in the Beltway he fashioned himself into a popular conservative political commentator appearing on television, hosting a radio show and writing a syndicated column.

In 2005, Williams' career as a commentator took a hit when USA Today revealed he had secretly accepted $240,000 from President George W. Bush's administration to promote Bush's signature No Child Left Behind act by mentioning it favorably in his columns and in his media appearances. As a result, Williams was dropped by his syndicator, Tribune Media Services.

Further investigations into William's business practices revealed that the political commentator had previously allowed his syndicated radio show, "The Right Side," to be used by a front group representing the tobacco industry.

Despite these revelations -- or maybe because of them -- Williams has maintained a very lucrative career (he is the largest black owner of television stations in the U.S.) and he serves as CEO of the Graham Williams Group, an international marketing public relations firm where he represents Carson as his business manager.

With a relationship that goes back over 20 years, Williams has guided Carson's career from neurosurgeon to author of multiple best sellers and the subject of a television movie -- helping to launch his political career as a conservative gadfly and potential presidential material.

In an interview with the Daily Beast, Williams claims that he does not benefit financially from the Carson presidential campaign -- although he is one of the Carson's staunchest defenders and continues to use his syndicated column and appearances to promote the candidate.

Recently, Williams admitted that he helped negotiate Carson's relationship with troubled medical supplement company Mannatech, although in January of this year he told National Review Online : “I don’t know that he’s ever had a compensated relationship with Mannatech.”

As noted by Jonathan Chait at New York Magazine, Carson's campaign has all the trappings of a direct mail business operation; plowing an extraordinarily high rate of donations back into seeking even more donations while building up a potentially lucrative mailing list.

As Chait writes, "Spending most of your money to raise more money is not a good way to get elected president, but it is a good way to build a massive list of supporters that can later be monetized. Perhaps it is a giveaway that the official title for Armstrong Williams, the figure running the Carson 'campaign,' is 'business manager,' as opposed to 'campaign manager.' It does suggests that Carson is engaged in a for-profit venture."