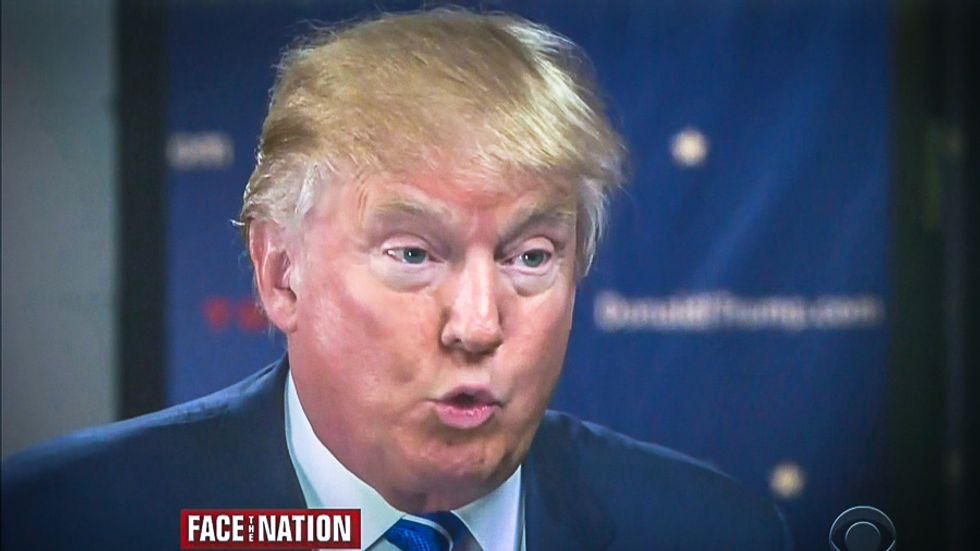 Donald Trump’s businesses and brand have taken a beating since the GOP frontrunner entered the 2016 race for the White House.

In the latest blow, Scotland's First Minister Nicola Sturgeon has dropped Trump from the country's global business outreach network because of his remarks about banning Muslims from traveling to the United States, the BBC reports.

Trump was appointed GlobalScot ambassador in 2006. The program utilizes experts in various business fields worldwide to connect with and help Scottish businesses grow. His "recent remarks have shown he is no longer fit to be a business ambassador for Scotland," a government spokeswoman told the BBC. His membership cancellation went into effect immediately.

There are also calls to strip Trump of an honorary doctorate in business from Robert Gordon University, which was bestowed in 2010. The petition from the Scottish university accuses Trump of hate speech.

"We respectfully request that Robert Gordon University strips Donald Trump of the honorary degree it bestowed on him with immediate effect. Why is this important? We feel that Donald Trump's unrepentant, persistent verbal attacks on various groups of people based on nationality, religion, race and physical abilities are a huge detriment to RGU."

200,000 United Kingdom citizens have also signed a petition that Trump be barred from entering Britain's shores. Any petition exceeding 100,000 signatures is automatically taken into consideration for debate in Parliament, according to the BBC.

The move came after Trump's continuous claims that parts of London are so heavily saturated with radical Islam that police won't enter, fearing for their lives. This claim has been discounted as false and also heavily mocked, with social media users posting under the hashtag #trumpfacts images like Queen Elizabeth II wearing a headscarf with the caption: “Even the British monarch is now forced to wear a hijab."

On Wednesday, the Lifestyle chain of department stores in the United Arab Emirates, Kuwait, Saudi Arabia and Qatar dropped Trump's home goods line, Trump Home. Landmark, the parent company that owns the store chain, said it would pull Trump's products from shelves in all its 190 stores throughout the Middle East, Africa and Pakistan.

“In light of the recent statements made by the presidential candidate in the U.S. media, we have suspended sale of all products from the Trump Home décor range,” CEO Sachin Mundhwa said in an email to Reuters.

This isn't the first time Trump's comments on the campaign trail have hurt his business ventures. In July, Macy's department stores announced they would cut ties with Trump after his remarks about Mexican people being criminals and rapists. NBC and Spanish-language network Univision also cut ties with Trump, vowing not to air Trump's Miss USA pageant.

Mattress maker Serta also announced in July it would end its contract with Trump. Serta was selling Trump Home iSeries branded mattresses that are priced between $1,299 to $2,999.

“Serta will not renew its contract at the end of the year and we will work with retailers to transition products by that time,” the company tweeted at the time.

Trump had apparently set the tone when he launched his presidential candidacy by calling Mexicans rapists and drug runners. His rallies have been punctuated by protests and racially-charged violence.