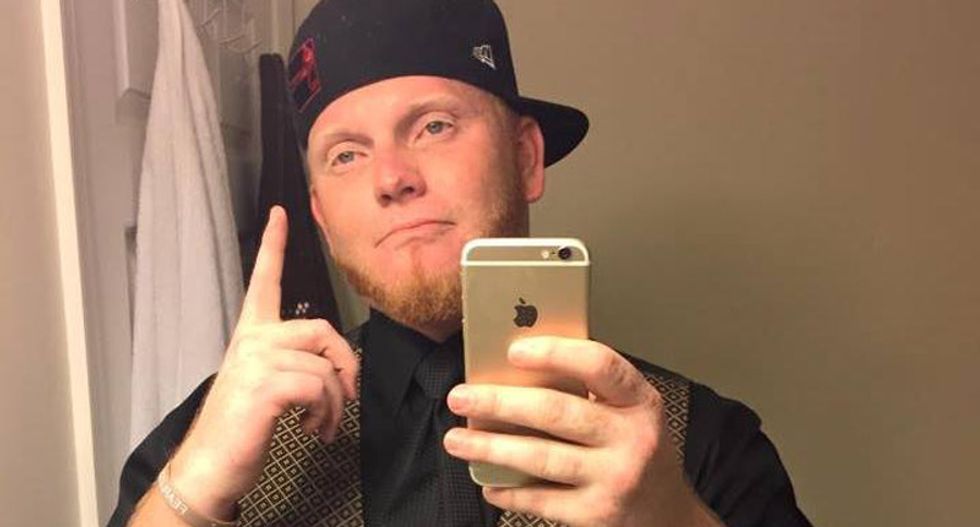 A Florida man taken into custody for vandalizing a Palm Beach Islamic center, has a Facebook page containing posts attacking Muslims, with other photos showing him admiring guns, saying: "That AR-15 will put down any radical Islamic!! I wish they would!!!"

Acting on a tip, North Palm Beach Police arrested 27-year-old Joshua Warren Killets who confessed to detectives after being taken into custody, the Sun Sentinel reports.

Members of the Islamic Center of Palm Beach discovered the damage early Friday morning, with over a dozen windows smashed out and blood on the scene. Security cameras caught footage of the vandal carrying a tire iron, as well as video of an SUV leaving the scene.

While police did not release any details of his confession or motive, a perusal of his Facebook page shows a deeply-held belief in Christianity combined with hatred for Muslims and refugees.

In one photo, Killets can be seen holding a AR15 assault rifle next to a comment saying it would "take down any radical Islamic."

In another, in what appears to be the same gun shop, he holds a handgun, with the caption: "Yea it's bout that time!! The worlds gone crazy!! Ima be ready to protect mines !! Best believe!!!"

On a more passive note, his Facebook profile picture shows him kneeling on a beach before several large crosses, along with multiple posts praising God.

Still another posting shows Killets has recently been admitted to Palm Beach Atlantic University  -- a "faith-based college" -- in their Organizational Management program.

On Thanksgiving, Killets wrote: "Happy thanksgiving fam !!! It's moments and days like today I took for granted for many years! I'm grateful to be alive today because God knows I shouldn't be! I choose to make new memories with family and friends and not try and make up for lost time! So be grateful and love the ones around you!" 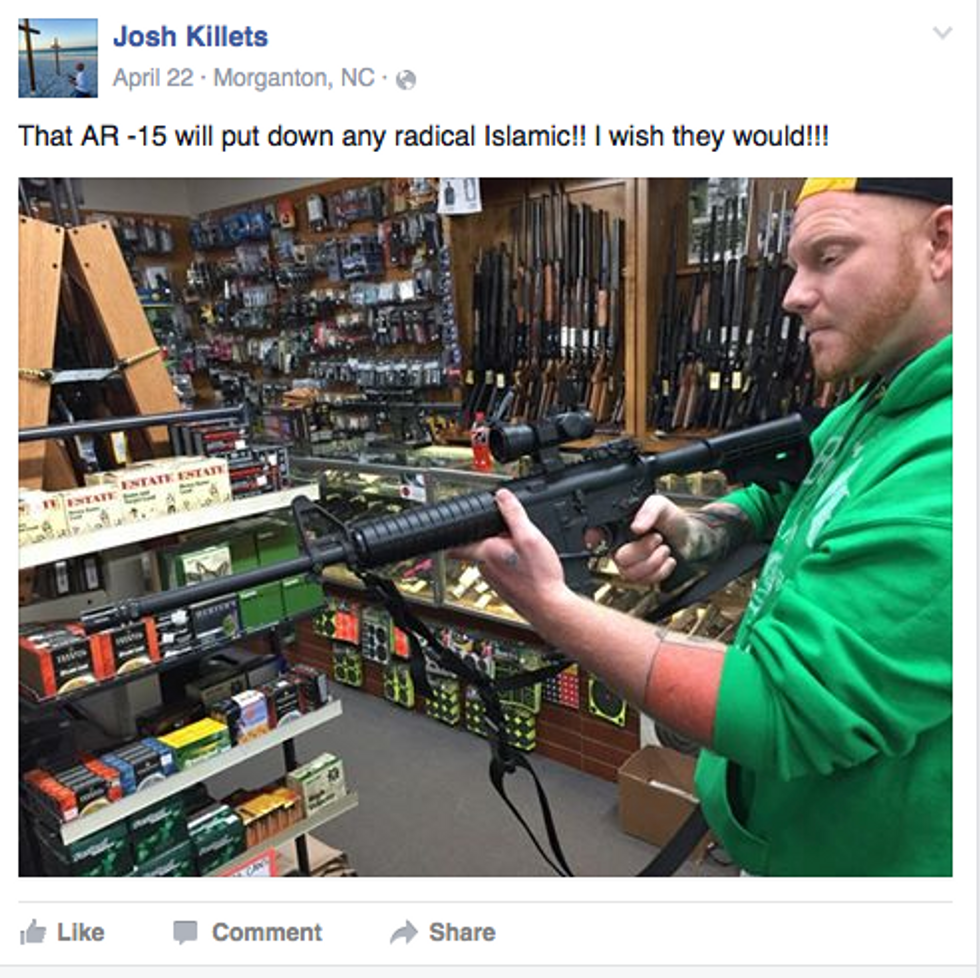 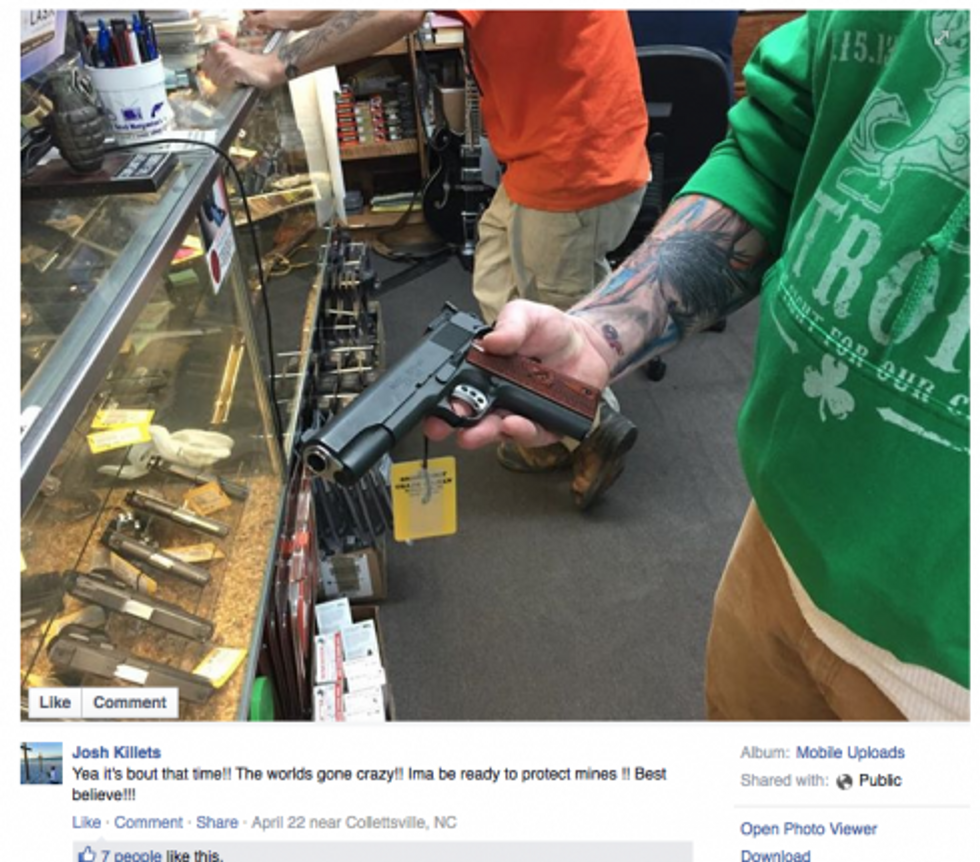 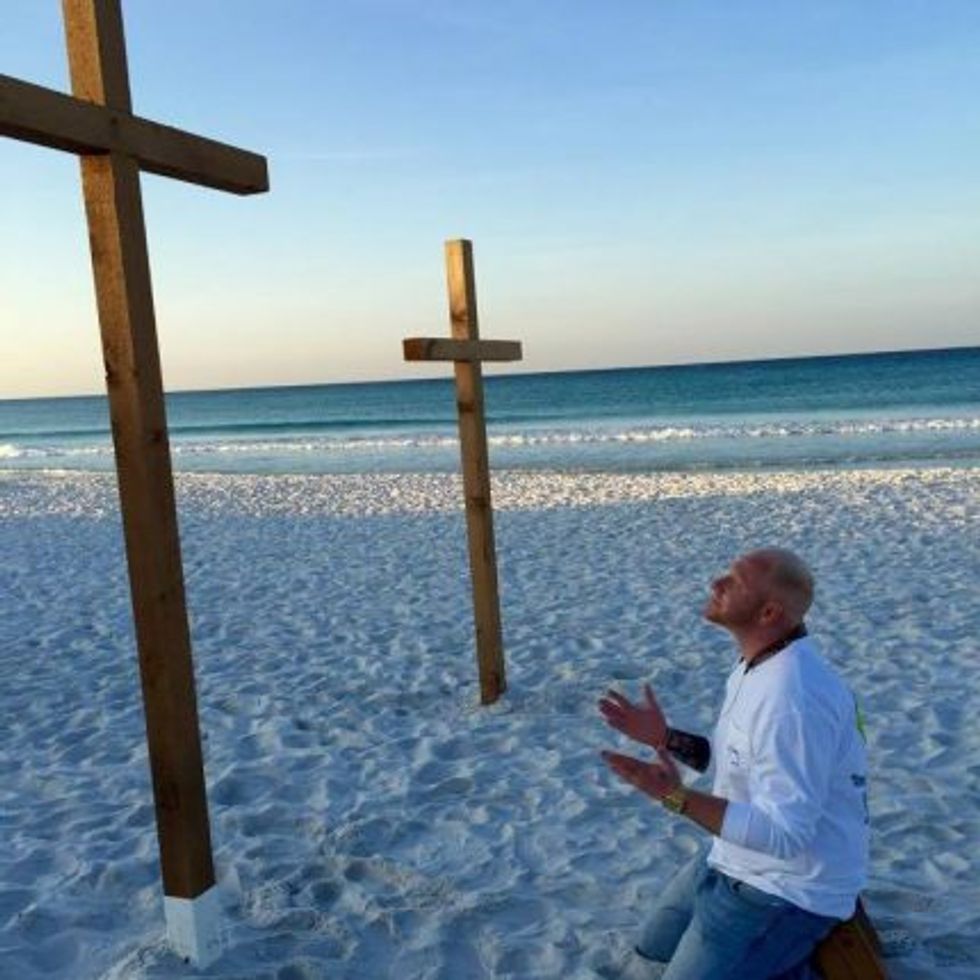 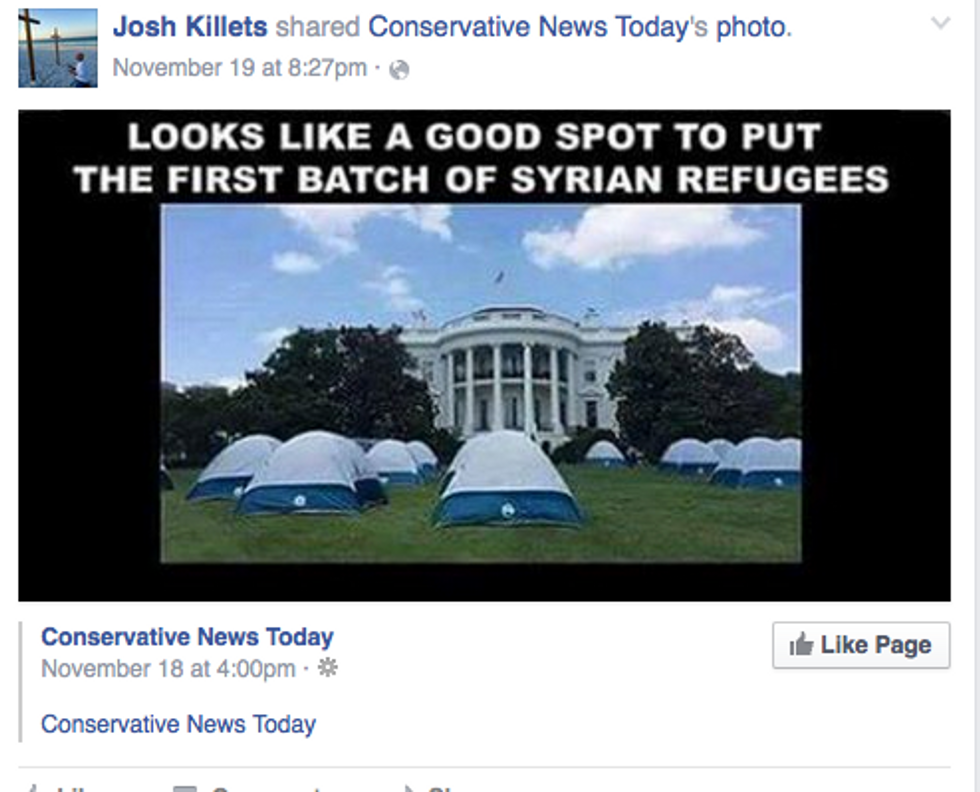 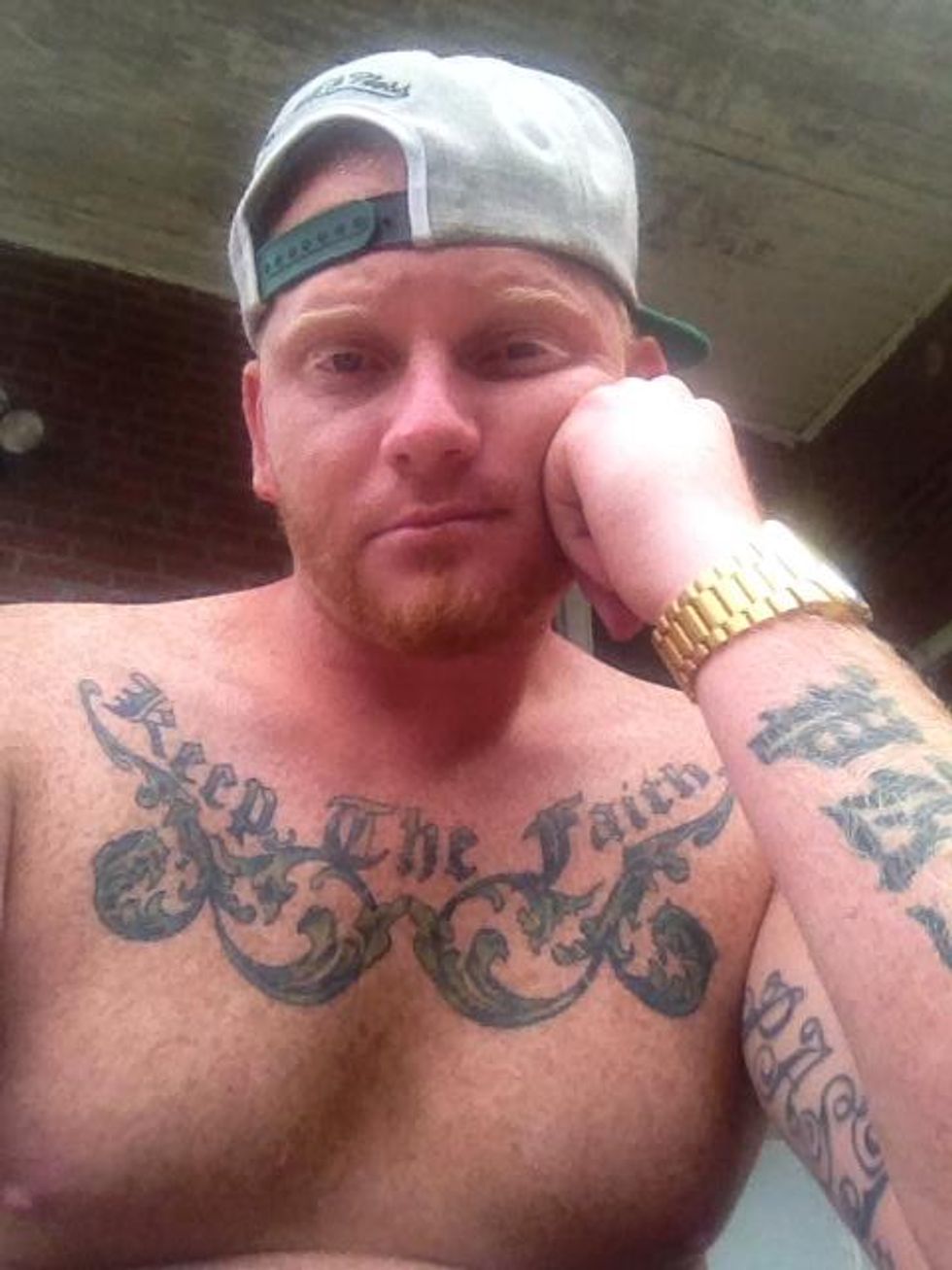 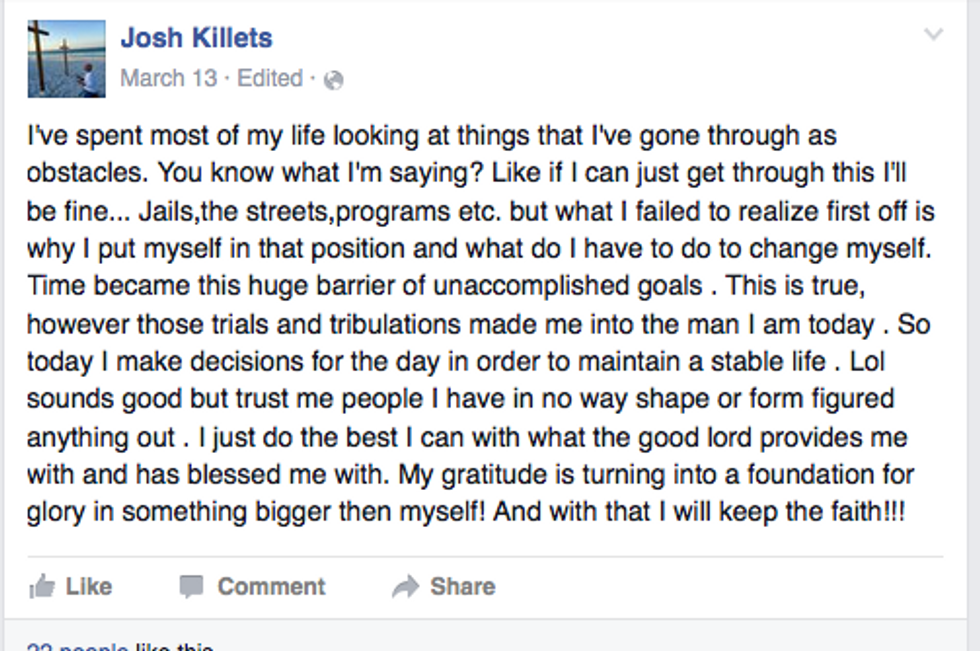