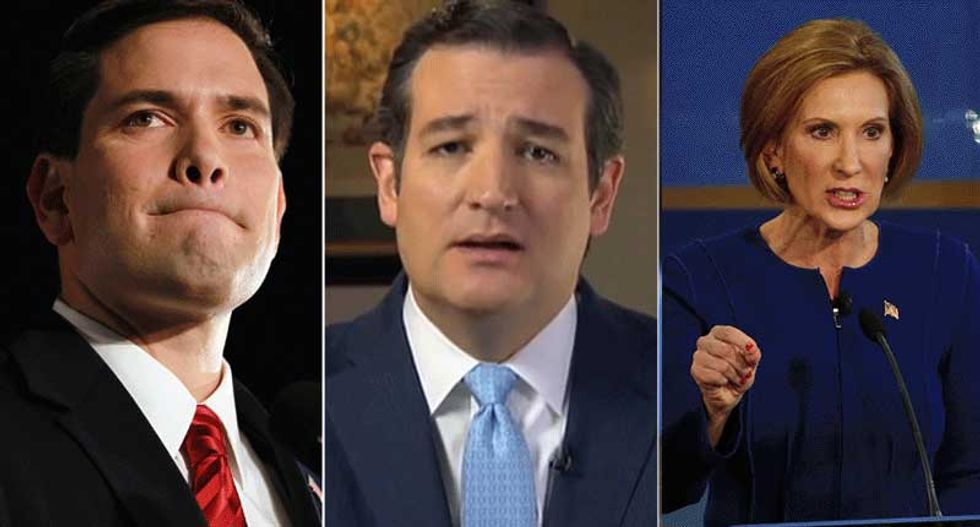 After months of verbal assault against Planned Parenthood and against women more broadly, Republican Christianists have gotten what they were asking for—bloodshed.

On November 27, a mass shooting left three dead and nine wounded at a Planned Parenthood clinic just miles from the headquarters of the Religious Right flagship, Focus on the Family. Was the shooting exactly what conservative Christian presidential candidates and members of congress wanted? Maybe, maybe not. But it is what they asked for. Republican members of the Religious Right incited violence as predictably as if they had issued a call for Christian abortion foes to take up arms. Inciting violence this way is called stochastic terrorism:

“Stochastic terrorism is the use of mass communications to incite random actors to carry out violent or terrorist acts that are statistically predictable but individually unpredictable. In short, remote-control murder by lone wolf.”

In an incident of stochastic terrorism, the person who pulls the trigger gets the blame. He—I use the male pronoun deliberately because the triggerman is almost always male—may go to jail or even be killed during his act of violence. Meanwhile, the person or persons who have triggered the triggerman, in other words, the actual stochastic terrorists, often go free, protected by plausible deniability. The formula is perversely brilliant:

Stochastic terrorism is not a fringe concept. It is a terrorist modality that has been described at length by analysts. It produces terrorism patterns that should be known to any member of Congress or any presidential candidate who has ever thought deeply about national or domestic security issues, which one might hope, is all of them.

We can be confident that from the time of the standoff,  communications teams for Carly Fiorina, Marco Rubio, Jeb Bush, Ben Carson, Mike Huckabee, Ted Cruz, Rick Santorum and others were scrambling to figure out the nuances of plausible deniability—weighing how best to distance themselves from the violence that killed a police officer and two others without making their protestations of surprised dismay sound as hollow as they actually are—without actually denouncing the disgust and dehumanization of women who have abortions and those who provide them. In fact, since the slaughter, several have doubled down on victim blaming and anti-Planned Parenthood rhetoric.

For months, Republican presidential candidates and conservative Christian members of Congress have been following this script for political gain. Elected Republicans in the states have sought to intimidate women and providers by demanding the release (and even publication) of identifying information and addresses—essentially a target list for perpetrators. They know exactly what they are doing. Since abortion was legalized in the United States, providers and clinics have been the target of 41 bombings and 173 arson attacks. Since the 1990’s, eleven providers, clinic staff or defenders have been murdered, including the three in Colorado:

Since David Daleiden launched his baby parts hoax aimed at triggering the yuck factor and fueling outrage among gullible abortion foes, and since Republicans in high places decided that assaulting Cecile Richards (and all of the women she represents) was good electoral fodder, Planned Parenthood clinics in Washington and California have been set on fire. Righteous Christian abortion foes have made death threats against providers and clinics across the country. By November 27, law enforcement had documented nine serious criminal incidents or attempts. Now, finally,  we have a mass shooting by a deranged sounding shooter who muttered something about  “no more baby parts.”

The triggerman is in custody.  But the real perpetrators likely will continue to have access to pulpits, radio stations, town halls, and television, where they will express carefully crafted dismay about the carnage, hoping we all won’t notice that the hands clutching the podium are covered in blood.