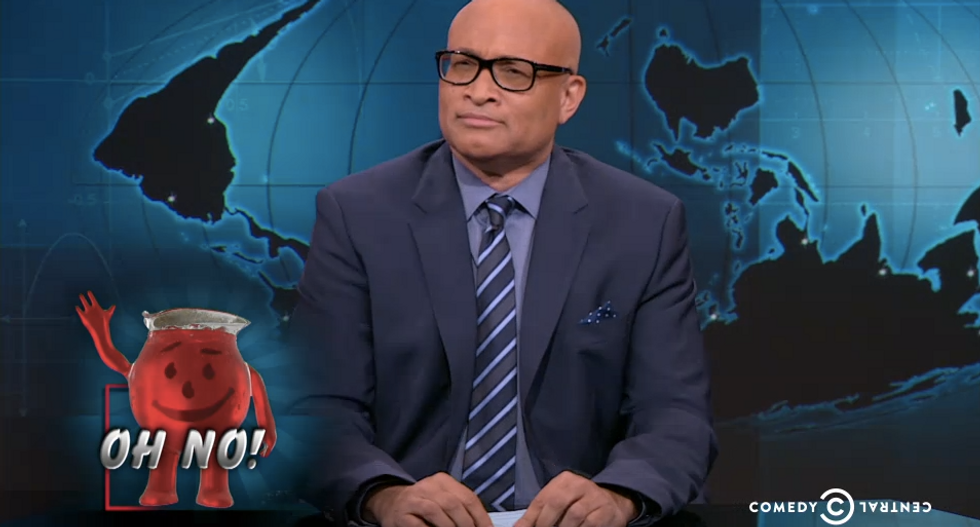 Larry Wilmore explained why it was racist for "Fox and Friends" co-host Brian Kilmeade to randomly ask colleague Harris Faulkner during a holiday cooking segment whether she made Kool-Aid.

Faulkner, who is black, was sharing her recipe for peach cobbler during a live broadcast last week when Kilmeade, who is white, blurted out his question -- momentarily stunning the "Fox Report" anchor and co-host of "Outnumbered."

"What are you doing?" Wilmore said. "You don't ask a black woman if she makes Kool-Aid for Thanksgiving."

The "Nightly Show" host said the question was inappropriate for two reasons.

"One, it's racist, and two, because -- of course she did," Wilmore said. "Duh. But now she has to lie about it on television."

Wilmore said Faulkner's young daughter was present during the segment, and the girl made what looked to be a double-take at the camera after Kilmeade's remark.