Marco Rubio: Liberals talk about gun control after CA attack but no one is 'talking about bomb control' 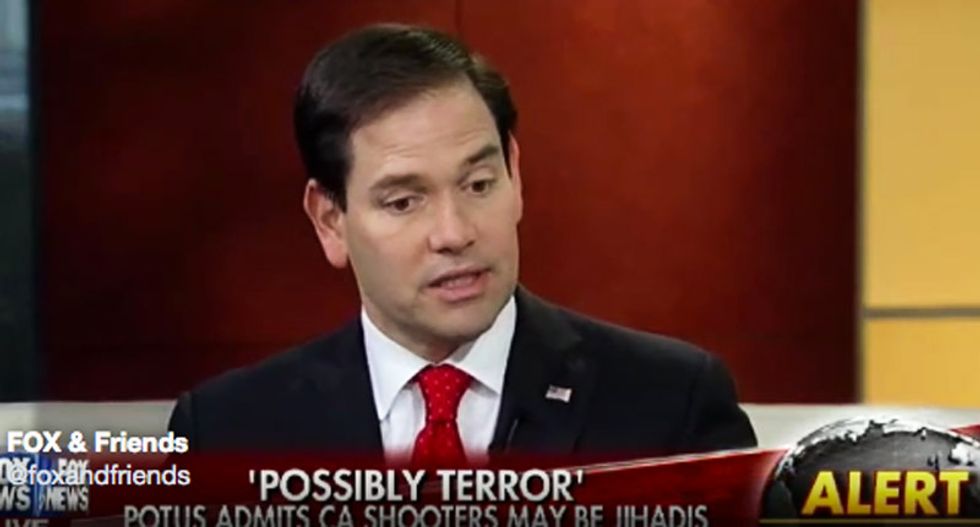 Rubio voted against additional restrictions on gun possession on Thursday -- just two days after the attack in California that left 14 dead and 21 wounded --  and took to the Fox & Friends couch to complain that liberals jumped to conclusions about the shooting before any of the facts were revealed.

"When this first came out, without knowing anything about the case, the first thing they started talking about was gun control, and gun control, " the junior senator from Florida said. "I don't hear anybody talking about bomb control. They put bombs, they left bombs behind on the scene of attack, intending to kill even more people than they did with the guns."

Rubio then flipped the conversation away from the gun control discussion that began last week with the Planned Parenthood attack in Colorado Springs, attacking President Obama for not "containing" ISIS - two topics only related in the senator's mind.

Watch the video below from Fox News:

Trump has initial deadline of 3 pm tomorrow to decide whether to fight motion to unseal: report