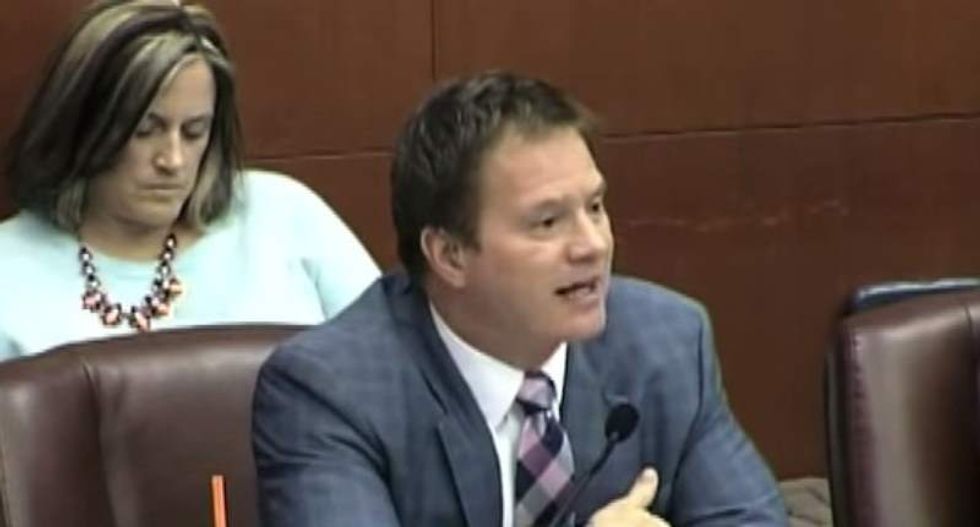 Footage posted by the American Federation of Teachers (AFT) shows Knollenberg saying during a state Senate committee meeting on Thursday, "You mentioned these school districts failing, and you mention economically disadvantaged and non-white population are contributors to that. I know we can't fix that. We can't make an African-American white. That's just, it is what it is."

Knollenberg was speaking to state school reform officer Natasha Baker, who appeared at the hearing alongside Karen McPhee, an education advisor to Gov. Rick Snyder (R). The senator asked Baker what could be done to prevent such schools from "hurting [their] children."

"Technically, if we do our job well, we don't need to exist," Baker responded. "We should be working ourselves out of a job."

Baker said her office is working to identify school districts that are improving and gathering data to determine what the "Michigan model" should be.

But though Baker, who is black, did not take issue with Knollenberg's comment at the time, state Rep. Brian Banks (D) slammed the statement.

David Decker, who leads the AFT's Michigan office, called Knollenberg's remark "as racist a comment as anyone can make." But Knollenberg said his statement was based on his observation of demographics among struggling students. He denied citing race as a specific factor and pointed out that he has a black employee at his insurance company.

"I can apologize to people who felt that way," the senator said. "My passion is for improving education and making sure every single child gets a good education. We should not have failing schools anywhere."

Watch WXYZ's report, as aired on Friday, below.