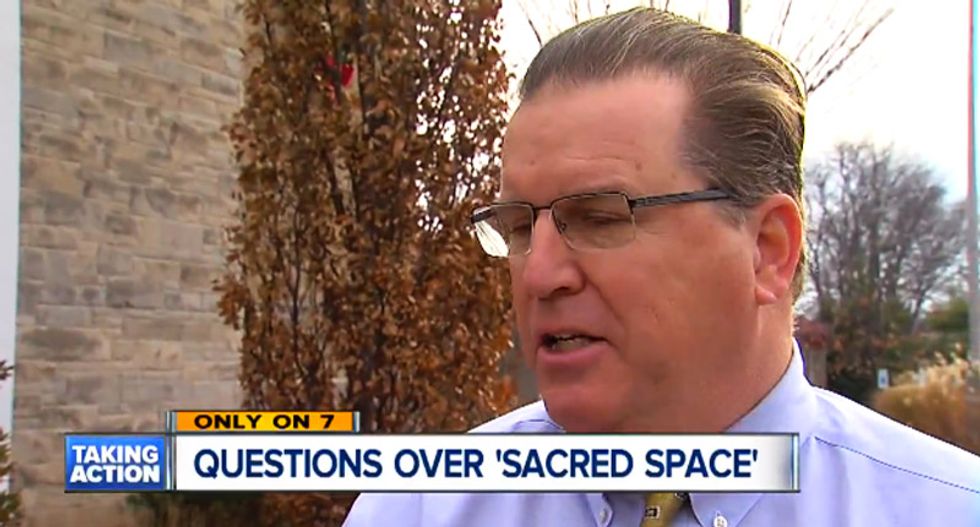 Saying "We don't discriminate based on race, creed, color," the principal of a Catholic school in Michigan defended allowing Muslim students to use a so-called "sacred space" on the campus for their daily prayers despite complaints from parents.

According to WXYZ,  parents of some students attending Brother Rice High School in Bloomfield Hills were surprised to find that the school offers  a prayer room for students of other faiths attending the Catholic school.

"When the question was 'Is there a place that I can pray?', the answer that evolved was yes," explained school president John Birney. "We have this 'sacred space' available for you if you want it."

According to the school head, some parents have complained about the room, with one calling its use by Muslim teens "unconscionable," while another asserted that the exercise of Islamic prayer would "undermine" her child's religious education.

The school head said the prayer room has been in existence for several years and that it is available to students of all faiths.

Saying he respects the opinions of the complaining parents, Birney explained that he has taken up their concerns with the Detroit Catholic Diocese and is waiting for guidance from them.

He added that all students are expected to adhere to the Catholic curriculum while respecting the Catholic faith,  but that the respect for a person's faith goes both ways.

Watch video from WXYZ below: