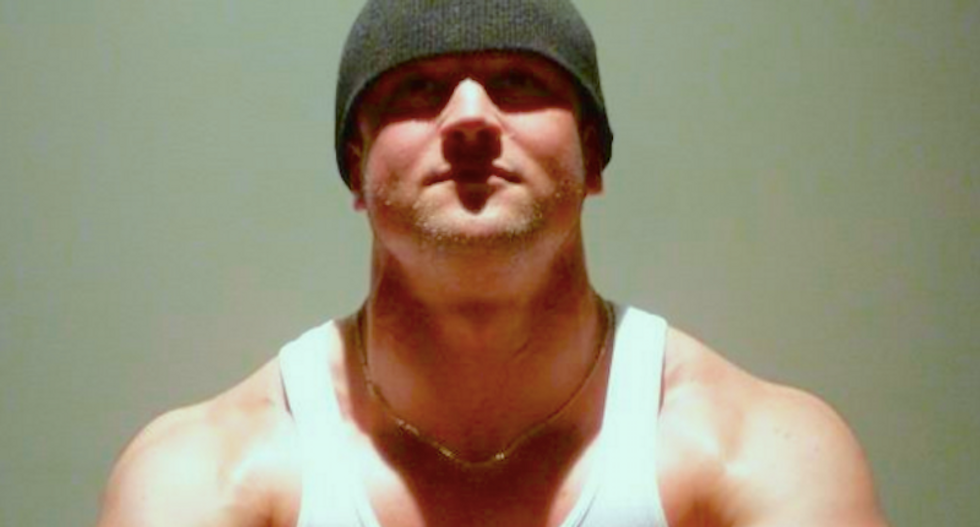 A former bodyguard for scofflaw rancher Cliven Bundy was arrested on federal weapons charges in connection with a plot to "lynch" lawmakers and "physically remove" a judge.

The informant told investigators that Barbeau spoke frequently about "revolution" and complained that "the federal government was not abiding by the principles set forth in the Constitution and that many public servants, such as judges and police officers who had sworn to uphold it, had deviated from their oath of office."

Barbeau, who claimed on his Facebook page to be a U.S. Marine Corps veteran, told the informant that he was duty-bound to teach public officials about their constitutional obligations and “discussed ‘lynching’ those he deemed unworthy if necessary," according to court documents.

"Nay, war against our government is inevitable," Barbeau posted Nov. 16 on his Facebook page. "Things are going to happen soon and before election. It doesn't matter if obama is still in office or not and if he declares martial law. Revolution will happen. Don't be fooled, it will not be civil war. It will be revolution. Restoring the constitutional republic can only happen by removing the De facto corporate democracy through a revolution."

He also plotted to "physically remove" a California judge overseeing an unrelated misdemeanor weapons charge Barbeau faces in that state.

Barbeau, who claims he was a member of Bundy's security detail during an armed standoff last year with federal agents, was reportedly arrested last week on federal weapons charges while riding near Seattle with Allen Aenk -- who describes himself as the leader of the "Sheepdog" militia.

Federal agents reportedly searched Aenk's animal rescue ranch in eastern Washington, where Barbeau had been living, but the militia leader was not charged in the case.

Charging documents show Barbeau owned a rifle with a 10.5-inch barrel -- which would violate federal laws requiring rifles to have barrels at least 16 inches long.

Shorter barrels require special licensing and registration, which Barbeau -- who advised friends to surrender their driver's license as part of a sovereign citizen-style scheme -- did not have.

The informant told federal agents that Barbeau always carried a .45-caliber handgun, and the source said he often carried an AR-15 rifle, body armor and helmet in his vehicle.

Court documents show Barbeau discussed selling the short-barreled rifle, along with custom optics and a longer replacement barrel, for $5,000 in October with the informant.

The source said Barbeau wanted to buy a larger caliber semi-automatic rifle because he thought that weapon "would be more effective in shootouts with law enforcement.”

He was particularly angry about the prosecution of George Zimmerman in the shooting death of Trayvon Martin, based on the frequency of posts he made about that case -- which also radicalized Charleston, S.C., shooter Dylann Roof.

Barbeau was arrested after he dropped off the weapon at the source's home and asked him to “obtain the money from the buyer as soon as possible.”

If convicted, Barbeau faces up to 10 years in prison and would no longer be able to own firearms.

His arrest has sparked widespread interest in the right-wing "patriot" movement, where Barbeau was a well-known activist, sparking fears among militia groups that the arrest was part of a slow-motion crackdown on participants in the Bundy ranch standoff.

Blaine Cooper, who claims to be affiliated with the “Arizona Border Recon" militia group, sent out a social media that listed the name and phone number of the FBI agent who signed the complaint against Barbeau and told his followers to contact the investigator and call him an "asshole."

He also posted video of Jon Ritzheimer, who recently attempted to travel cross-country with a gun to confront Muslim critics, calling on fellow gun activists to take action over what he described as a "kidnapping."