This Republican Jew is fighting to defend American Muslims -- here's why 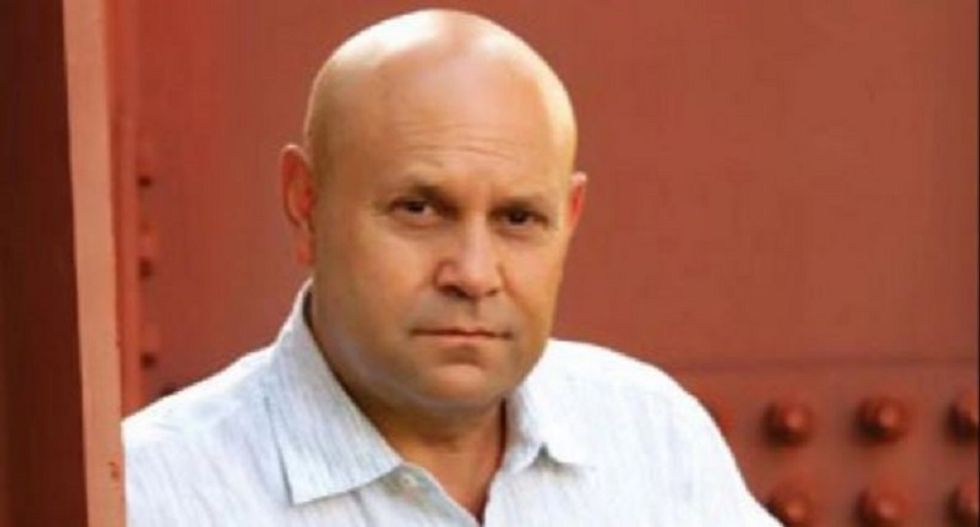 Mikey Weinstein directs the Military Religious Freedom Foundation, a pit-bull watchdog defending separation of church and state in America’s armed forces. Most of the time when MRFF engages, it is because a service member has reported some type of violation and asked for assistance. Over 95 percent of MRFF’s clients are practicing Christians, who nonetheless reject being forced to participate in a superior officer’s Bible study or prayers, or who believe their vow to defend the Constitution bans state-sanctioned, state-funded religion, period.

Weinstein fights like a Republican and a soldier, deploying whatever force of language and law he can bring to bear with little regard for the rules of polite society. He uses words like“putrid” and “wretched“ when describing military displays of Christian triumphalism. His detractors react with even fewer filters. Much to the chagrin of moderate Christians, daily hate mail rains down curses laced with anti-Semitism and graphic images of death and dismemberment for Weinstein and his family—all in the name of Christ.

You might think Weinstein, who spends much of his budget on security, would lay low as assaults on Muslims heat up. Not so. I recently had the chance to ask him why. To my surprise, and his I think, the question brought him to the point of tears.

Tarico: Your detractors seem to be taking a break from calling you Christ-killer and instead are calling you ISIS sympathizer. They say that you are anti-Christian and anti-American, that you are aiding and abetting Islamic terrorists. One recently suggested that you were the third man in the San Bernardino slaughter.

Weinstein: Christian dominionists, like Daesh [ISIS], see themselves as part of a Holy War. Some see the U.S. army as an army of Christian soldiers and even say so. We’ve had to fight to get Bible verses off of weapons and to stop soldiers in uniform from handing out Christian tracts in the Middle East. We have fought over and over to get crusader imagery off of U.S. military insignias. There was a marine squadron in South Carolina with VMFA-122 who had the crusader shield with a red cross on it as their symbol. At Fort Rucker still there is a regiment whose symbol is a cross on a white shield with a helicopter (E company 1st battalion, 212th aviation regiment). It’s a training squadron and it’s at a place where we train helicopter pilots from Islamic nations, like Jordan. Think about that.

Are we aiding and abetting Daesh by fighting this crusader iconography, or—as in another recent media storm—by exposing the fact that the Air Force football team is holding Christian prayers on the field? No. We are stopping the aiding and abetting. The narrative of Daesh is that they are fighting a noble defensive jihad. Defensive. We want to destroy the false narrative of Daesh. We are saying, “We don’t tolerate this Holy War, crusader mentality here.” If we don’t stop it, then we reinforce their narrative. A senior Air Force General recently wrote to me confirming that the optics of this aren’t just bad—they are potentially deadly.

But if we challenge it, which we do, fundamentalists like Franklin Graham broadcast that we are on the other side—the side of Daesh (and Satan). I don’t like being called anti-Christian and a traitor. But for soldiers who are active military and who challenge the crusader mindset, it’s worse—and it’s especially bad right now for our American Muslim soldiers. If the role of the military is to defend Christianity rather than the Constitution, then Muslims don’t belong. The same is true for other religious minorities like pagans and atheists, but right now the hostility and discrimination are directed at Muslims.

Tarico: You’ve said you’re getting a lot of calls and emails from Muslims lately. I can’t say that’s surprising, but it’s painful.

Weinstein: Somewhere around 4,000 Muslims currently serve in America’s military, and we now represent about 13 percent of them, meaning they have reached out to us at some point. These are people who have contacted us because they feel like they are facing bigotry merely because they are Muslims. Their child has been called a terrorist in an on-base school. They have been denigrated by a superior or colleague. One was spit on in the commissary. They are the butt of jokes. I’ve been asked to submit testimony twice before Congress on the denigration of military personal who are Muslim. Today, being a Muslim in the U.S. military, you can feel like you have a target painted on you. The Muslim American community in the military is insular and xenophobic. They remind me of my ancestors, the Jews who came to America at the turn of the century.

Weinstein: They feel like guests rather than citizens. It wasn’t till the 1960s that Jews were getting into Ivy league. When I was growing up, people didn’t even want to talk about the Holocaust. My relatives told me, “Mikey, we live in a Christian country.” I didn’t know enough to stand up and say no.

Tarico: But now you are saying no, not only on behalf of Jews but also on behalf of other religious minorities—in fact, these days, probably more often on behalf of Muslims. I want to understand that.

Weinstein: I had a great aunt who was a concentration camp survivor, a tiny woman from Berlin who spoke with a thick accent to the end. When she reached an advanced age, the family took her car keys away for safety reasons. Our family members lived close and we always insured that she was driven everywhere, but she got very upset, and she just couldn’t get past it.

When she was in hospice and a few days away from death, I went in to see her in part because I was troubled by this—her distress and anger and sense of betrayal. She was in bed and dying—in fact she died the next day—but very lucid, very clear. And I asked her about the keys.

She said don’t stop, because she knew about my work at MRFF.

But I wanted to get her forgiveness for our family taking her keys away. I didn’t understand why she was so upset when we were willing to ensure that she was driven everywhere, so I asked again. She leaned forward and looked at me—and said— [long pause]

“When you are a Jew you always have to be ready to get away.” [long pause]

There she was, 90-something and—having lived in America for 45 years—she needed her keys because she still feared she might need to get away!

I keep her picture on my desk. She had terribly suffered what happened in a Germany; a predominantly-Christian, presumably-civilized country—and it happened very, very quickly. I think the Islamic community in this country feels a lot like that.

Tarico: Her picture is there on your desk, reminding you of why you do what you do.

Weinstein: We had a firebombing at the Mosque in Albuquerque last year. I went down and met with the Imam and he had me address the brothers and sisters. I could see the fear in their eyes. Someone had thrown a Molotov cocktail against the childcare center. A couple of days later I overheard someone in a restaurant actually laud that attack- saying that would teach them. And then at my gym I heard someone say all Muslims are jihadists and I just went off at them.

Martin Luther King Jr. said, “In the end, we will remember not the words of our enemies, but the silence of our friends.” Later he added that “there comes a time when silence is betrayal.” Most Americans don’t really remember the Japanese-American internment camps after World War II. We have presidential candidates that are making statements violating our law, and you can hear crickets chirping among most of the American public and the candidates who are not saying those things.