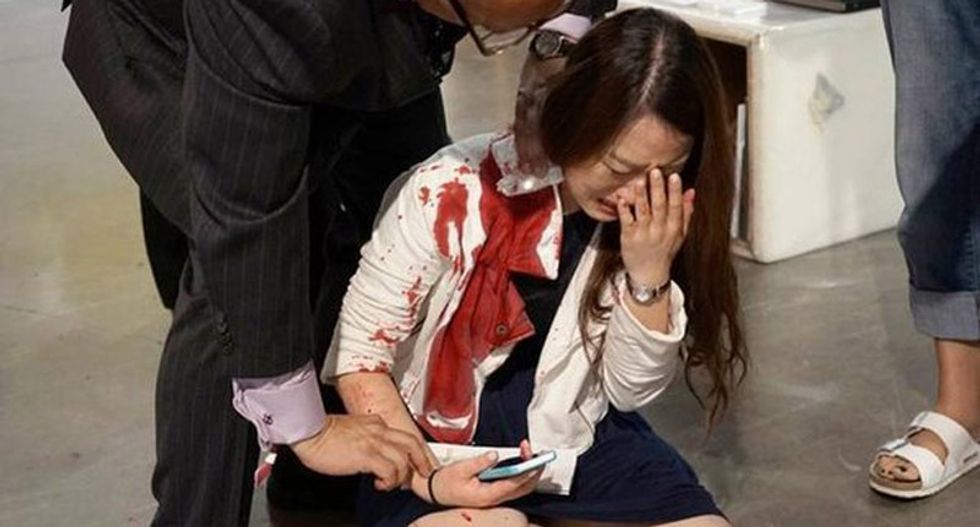 A woman attending a world famous art exhibition put on by Art Basel in Florida, was stabbed by a stalker as patrons stood by thinking it was performance art.

According to the Miami Herald, the victim was strolling through an exhibit set up inside the Miami Beach Convention Center on Friday night when she noticed another young woman stalking her. After confronting her, the attacker grabbed an X-Acto knife and began stabbing her in the arms and neck.

Miami artist Naomi Fisher, whose exhibit is near where the altercation took place, said people in the area thought they were watching performance art.

"A guy walked up to me and said, ‘I thought I saw a performance, and I thought it was fake blood, but it was real blood,’” Fisher recounted.

After security rushed to the scene, police arrived and secured the area with crime scene tape -- leading other attendees to believe it was also part of the show.

The unidentified victim was transported to a local hospital, with a police spokesperson stating her injuries were not life threatening.

According to police, the attacker --identified as Siyuan Zhao of New York -- claimed she had to stab her victim, saying, she "had to kill her and two more" and that "she had to watch her bleed."

According to Art Basel officials, security at the popular exhibit had been stepped up in the wake of the Paris attack on Nov. 13.

Watch the video below from WPLG:

Full photo tweeted out by the Miami Herald: