'I didn't come here to shoot, I came here to die': Oregon militia occupiers fess up to local reporters 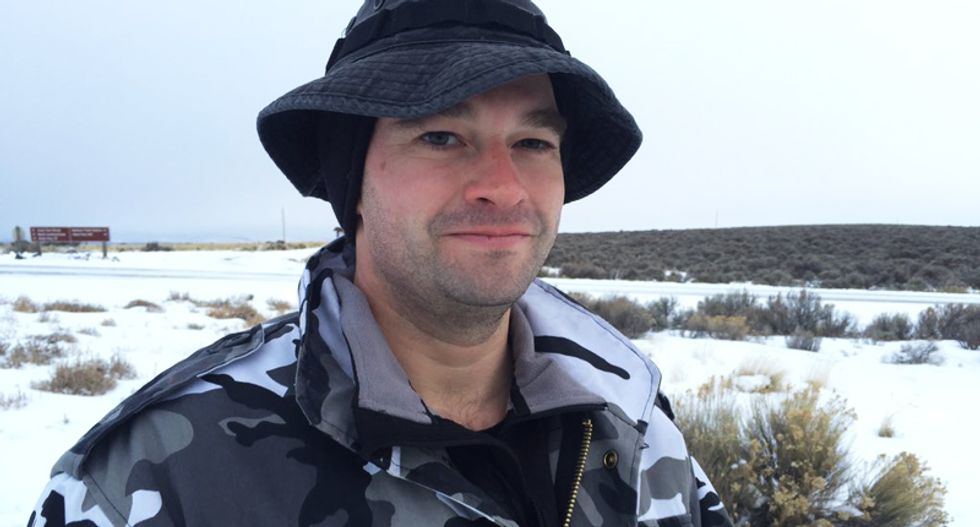 While headliners from the national media are either en route or remaining in their studios to cover the militia takeover of a federal building in Burns, Oregon, local reporters are working the front lines and tweeting updates as the armed "patriots" settle into what they say will be a long occupation.

On social media, many have complained about the big networks either passing on the militia takeover story or soft-pedaling it.  Local reporters, who covered the Hammond trial and saw militia members begin to gather in the small town, have set up their own camp outside of the occupied Malheur National Wildlife Refuge to report on their doings.

Writing for OPB, Amanda Peacher stated that early estimates of 150 occupiers are wildly inflated, saying, "only a few dozen men are occupying the federal building."

According to Peacher, federal employees were advised to stay clear of the refuge, in a memo that read: “Our top concern is employee safety. All employees are accounted for, and the Refuge will be closed until further notice. Employees of all land management agencies in the area will operate from alternate worksites, telework, or administrative leave.”

Outside of the refuge, she interviewed one militia member -- identifying himself only as "Capt. Moroni" -- who told her, "I didn't come here to shoot, I came here to die."

A series of tweets from Peacher below:

#BundyMilitia have blocked the entrance to the refuge. https://t.co/4StnviCqSx
— Amanda Peacher (@Amanda Peacher)1451835656.0

According to Jason Wilson, who drove in from Portland to cover the stand-off for the Guardian, "There were no law enforcement agents visible in the area around the refuge. A man with a goatee beard and wraparound sunglasses stood guard, armed with an AR-15-style rifle, and refused entry to the federally owned facility."

"He declined to give his name or affiliation, citing 'operational security,'" Wilson wrote. "He did confirm, however, that the men – several of whom were openly carrying assault weapons – would be camping on the site. 'This public land belongs to we the people,' he said. 'We’ll be here enjoying the snow and the scenery.'”

Wilson was also one of the first to photograph armed militiamen as they began the takeover of the federal facility.

OregonLive reporter Les Zaitz was the first to speak with ringleader Ammon Bundy who told him, "The facility has been the tool to do all the tyranny that has been placed upon the Hammonds. We're planning on staying here for years, absolutely. This is not a decision we've made at the last minute."

According to Zaitz, the FBI is in charge at the scene because the refuge is on federal property.

Additionally, the Harney County Sheriff's Office and Oregon State Police are on the scene as well. Zaitz tweeted this morning that Bundy had scheduled a press conference for 11AM.