'If you leave me, I will kill you': The horrifying truth about guns, abuse and murder in America 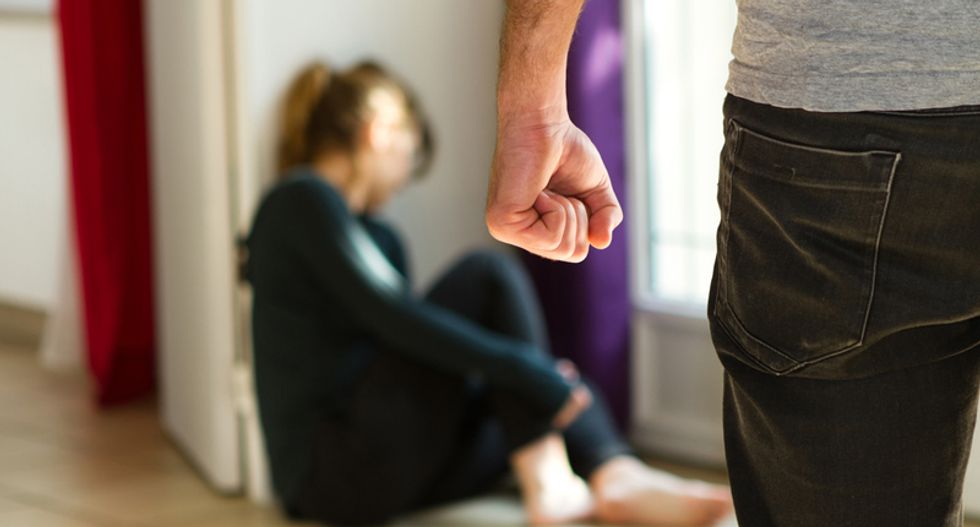 It happened on Black Friday 2014, at Nordstrom's on Chicago’s Magnificent Mile. Horrified shoppers watched as store employee Nadia Ezaldein was shot in the head at the accessories counter by her estranged ex-boyfriend, Marcus Dee, who then turned the gun on himself. Ezaldein was a 22-year-old University of Chicago student. Black Friday was her birthday. She died the next day.

Like many who kill their intimate partners, Dee was known as a loose cannon and a bully. In 2007, a woman who had dated him sought an order of protection, but did not follow through, not wanting to escalate the situation. “He would basically threaten your family or threaten your friends,” she told the press.

Nadia Ezaldein’s sister described Dee’s use of collective punishment threats. “He called the entire family, consistently texting,” she recalled. He had promised Ezaldein that he would hurt or kill himself.

Six days before the murder, police confirmed that Dee attacked a friend of Ezaldein's at a party, causing a concussion and broken facial bones.

Judges denied both protection orders the day they were filed.

While the Michigan Avenue Nordstrom’s was tidied up and open for holiday shopping the day after the shooting, nine months later the same gruesome series of events occurred in another downtown Chicago location. Police say 44-year-old Alma B. Hernandez was murdered in broad daylight at the AmeriCash Loans where she worked, by her live-in boyfriend Richard Idrovo. A month earlier, police had been summoned to the couple’s Chicago suburban home because of a domestic disturbance started when Hernandez attempted to leave the relationship.

More than one third of the women murdered in the U.S. are killed by their male intimate partners. These brazen murders expose several disturbing truths about domestic violence. First, almost everyone—the victim, the victim's family, law enforcement, neighbors, coworkers—can see the murders coming, but seem unable to prevent them; restraining orders are either not requested or they fail. Second, the killings do not always occur behind closed doors but can happen in busy places where others become victims. (Between 2011 and 2015, women in six different beauty parlors were shot by irate gunmen seeking to harm their partners, and 17 died. Several of the gunmen were under orders of protection.)

Third, the murders are frequently sparked by a woman trying to exit an abusive relationship. And last, the killers are often legal gun owners despite their hot tempers and histories of domestic abuse. Richard Idrovo, who killed his girlfriend at the AmeriCash Loan store, was even a legal concealed gun carrier.

Ask law enforcement officers what their most dangerous calls are and they will tell you “DV” or domestic violence, because of the extreme, unpredictable emotions. Intimate partner violence is often associated with drugs and alcohol and sparked by a perpetrator’s fear of being abandoned when a partner tries to leave.

An early, high-profile example of lethal intimate partner violence activated by a partner leaving was the case of Dorothy Stratten, Playboy Playmate of the Month in August 1979. She was shot to death in a murder/suicide by husband Paul Snider when she moved in with movie director Peter Bogdanovich.

Domestic violence cases are notoriously complicated for law enforcement because victims can be economically or emotionally dependent on their abusers, afraid to press charges because of abusers’ reprisals. In response, safe houses and victim advocates have been put in place and 27 states now mandate that police make an arrest despite the victim’s wishes, if certain conditions are met.

Most domestic perpetrators have the classic bully personality, picking on younger and weaker victims, so it is not surprising that domestic violence is often preceded or accompanied by violence toward pets. "Animals can be severely affected by domestic violence situations and many people experiencing violence are unwilling to confide in veterinarians or seek help from animal shelters," says a 2012 paper in a veterinary journal. Fear of harm to beloved dogs and cats often keeps victims in abusive situations. In some states, emergency hotline workers have been trained to ask about the safety of pets. One woman told me her husband found her at the motel where she had fled—and told her that if she did not come home, he would kill the couple’s dogs.

Such emotionally volatile people are described in the book Violence Against Women in Families and Relationships as fearing abandonment, having a “history of some arrests and perhaps sexual assault” and at high risk of “stalking, separation violence and suicide-homicide.” Fewer heterosexual women react to abandonment by male partners with lethal violence possibly because it doesn’t coincide so closely with the terrifying feeling of abandonment by “mom.”

Despite the fact that most women murdered by intimate partners in the U.S. die from guns, the gun lobby vehemently defends the “gun rights” of abuse suspects and people under orders of protection.They argue that gun ownership is a constitutional right that should not be stripped away for a “mere issuance of court orders” such as are given for domestic violence.

An NRA bill in Michigan in 2015 would have allowed domestic abusers—including men under restraining orders—to have guns and even concealed pistol permits until Governor Rick Snyder vetoed it. The NRA also defended abusers’ “rights” in Louisiana in 2015, converging on Baton Rouge to protest adding “dating partner” as a qualifier to a domestic abuse battery law which only named spouses, family members or cohabitants. “Not everyone who got in an argument—had a push, had a shove—is going to come back and do more bodily harm,” claimed Bradley Gulotta of Guns Across America. “We don’t need to rush to take away people’s rights just because they made a mistake.”

The NRA’s Tara Mitchell said a 10-year prohibition on gun owning for convicted batterers violates “a constitutional right.” The NRA’s Jennifer Baker said the bill was “so overly broad that it could make a felon out of a girlfriend who pulls a cell phone from her boyfriend’s hand against his will.”

A few month’s before Nadia Ezaldein’s murder, Chicago launched a new domestic violence program to address such cases of escalating domestic abuse using the police department, state’s attorney’s office and local advocacy groups. Under the program, officers responding to domestic violence calls carry smartphones with instant access to records of previous calls, incidents, arrests and outstanding warrants. This has led to an increase in arrests, better evidence collection and better treatment of victims.

“One of the biggest issues with domestic violence is victims don’t usually follow through. But when you get somebody an advocate to support them a day after [an incident] or even the day of, you’re increasing the chance they’re going to use other victims’ services and come to the courthouse,” said Himagiri Sarma, program director for the Family Rescue Court Advocacy Program.

Still, the victim numbers are daunting. A week after news reporter Alison Parker and photojournalist Adam Ward were murdered on camera in Virginia in August there was another story that got less media attention: seven women were shot by enraged, armed husbands in one week. Only two survived.

Hours after receiving probation for violating an order of protection, police say James Terry Colley Jr. shot and killed his wife Amanda Cloaninger and her friend Lindy Dobbins in St. Augustine, FL. Two days later, Blessing Okereke was fatally shot by her husband in the Bank of America tower in Dallas. The following day, Nuria N. Kudlach was fatally shot at her home in State College, PA and her husband charged with murder; hours later Sonja Wells Raine was fatally shot on her job in Pascagoula, MS by her husband. Also shot by enraged husbands during one week were Francisca Jew at a donut shop in Devine, TX and an unidentified Arlington, WA woman.

If men who tried to leave abusive relationships with women were murdered in public places, sometimes along with their friends and despite protection orders, one wonders if the NRA would still defend the rights of domestic abusers.

One woman who no doubt agrees is Maribeth D’Alauro, wife of Richard D’Alauro, the NRA’s New York City field representative. Maribeth testified on Capitol Hill that she endured years of bullying and abuse from the NRA honcho, who possessed 39 guns when he was charged with assault, harassment and endangering the welfare of a child. His guns were confiscated, but now that the protection order has expired, Richard D’Alauro can own all the guns he wants. D’Alauro’s lawyer says he is the real victim because he continues to live in “fear” that he will be again be “wrongfully criminally accused.”