Is Bernie Sanders really a socialist? And how could he like Denmark? 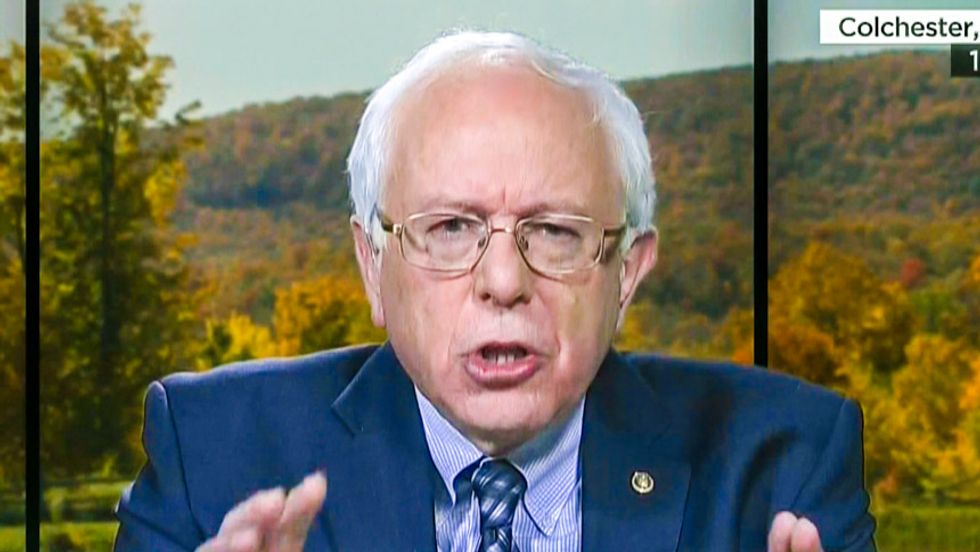 Sanders is doing well in his neighboring state of New Hampshire and in Iowa. And the debate between them has taken on a new, edgier tone.

So for the moment, at least, we have to regard Sanders as a viable candidate as the Democratic Party’s nominee and not just as a protest vote.

Now domestic politics is an area into which I rarely stray in this column. I am certainly no expert on the subject. Furthermore, I like Sanders. I admire him. I respect him. Frankly, at the risk of sounding partisan, I even agree with him on some issues, although decidedly not on gun control. I hadn’t even seen a gun until I left Britain for the first time at the age of 16.

But there are a couple of things about Bernie that disturb me. They are things that I feel I should share with you: he describes himself as a “democratic socialist” and steadfastly refers to Denmark as a model for the United States.

So I think it is fair to ask two questions: is Sanders a socialist? And is Denmark a place to which the United States should aspire?

Is Sanders a socialist?

The answer to the first question is quite simple. Sanders is not a socialist, at least by any reasonable definition of the term.

Yes, he does talk about themes common to socialists, like inequality and redistribution. But you don’t have to be a socialist to talk about those issues.

Indeed, many liberals in America do so. Noted economist Paul Krugman, for example, has been doing so on the pages of The New York Times for years.

Now I know that Americans don’t usually use that term. But if you are a socialist, then your primary concern should be about the working poor who live below the poverty line: those 45 million Americans, 14.5 percent of the population, who live on a household income below US$24,000. Not the middle class with a medium household income of around $52,000.

Now I know that everyone who earns between $25,000 and $250,000 in America thinks that they are middle class. Some Democratic tax plans endorse that view. And I know that political expediency requires candidates to focus on the squeezed middle class in this day and age, if only because there are more of them and they vote more often than the poor.

And I am certainly sympathetic with the welfare of the middle class. Inequality is a huge and growing problem. Their income has declined since the Great Recession. But it’s a misnomer to claim you represent their interests as a socialist – in part because it takes attention away from the working poor.

The truly impoverished are, after all, the people in the most dire of circumstances. These are the people who really need help.

No, Sanders is not a democratic socialist as he claims. As any European will quickly tell you, he is far closer to being a social democrat. And this is not just semantics. The two are not the same thing.

Social democrats believe in the social market economy. Germany is famous for it. In a social market economy, the government guarantees the free play of entrepreneurial forces, while simultaneously attempting to lightly regulate economic behavior in order to encourage socially desirable outcomes. So capitalism is fostered with a view toward achieving prosperity for the many, including the working and the middle class. Not the few. That sounds like Bernie to me.

I am sympathetic to some of Sanders' goals. But I think the kind of vague mislabeling he is doing is symptomatic of a broader problem. And that becomes more apparent when we address the second question: is Denmark a utopian place to which the United States should aspire?

My answer is firmly no. Let me outline three major reasons why.

America, on the whole, likes economic and political globalization and integration. It arguably invented these terms. Denmark does not.

Denmark has opted out time and again from integrating further into the European Union – the country does not use the Euro; it does not contribute its troops to EU missions. In referendum after referendum, the Danish public has rejected further integration into the EU.

In the most recent referendum, the Danes rejected accepting EU integration legislation on several issues, notably cross-border police cooperation with other European countries. They feared that they would give up too much sovereignty. It was an important decision, regarded as a major victory for Euro-skeptics across the continent.

Preserving national sovereignty? Rejecting economic integration? That sounds like American Republicans to me. Not socialists.

America is a multicultural society, built on the notion of the melting pot. It is a country built by immigrants from all corners of the world.

Denmark is a largely homogeneous country. It has historically had a small inflow of migrants who have had to assimilate to a dominant national culture, although according to official data from 2014, 12 percent of the country’s population is now made up of immigrants and their descendants. But the category of the double-barreled nationality is not something that is common in Denmark. We may talk about “Italian Americans,” but they don’t talk about “Italian Danes.” Nor are they tolerant of minorities who threaten their cultural traditions. Their immigration policies are among Northern and Western Europe’s most draconian; the far-right, anti-immigrant Danish People’s Party came in second in last year’s election, with 21 percent of the vote.

It is no coincidence to my mind that it was the Danish newspaper Jyllands-Posten that kicked off the uproar in 2005 with a cartoon depicting the Prophet Mohammed as a terrorist with a bomb.

Anti-Muslim protestors at the Danish-German border.

Government policies have swung to the right. In a 2015 poll, one in two Danish citizens said they favored a cap on the number of Muslims permitted to live in Denmark.

This doesn’t sound like the politics of American Democrats nor of socialists. It sounds much more like Donald Trump.

America has a checkered history when it comes to accepting refugees. The current debate about Syrian refugees is worthy of criticism.

But the Danish response is astounding.

They have actually advertised in the Lebanese media how difficult things are for refugees in Denmark in an attempt to stop them coming. They have introduced language and residency requirements that are clearly meant to discourage them. The Danish government cut welfare benefits for refugees and now only allows family reunifications after a one-year delay. And now they are discussing legislation that would confiscate the valuables of asylum seekers upon arrival. Under the proposal, asylum seekers who enter the country with more than 10,000 kroner (or about $1,450) in assets would have to hand over their valuables to help finance their stay. The United Nations refugee agency called the proposed legislation an affront to the refugees’ dignity.

But these deterrent measures have worked.

Consider the numbers coming to Denmark in comparison to their three regional neighbors.

In Denmark, that number dwindles to 18,500 refugees applying for asylum last year. Indeed, things are so bad that many are now leaving Denmark.

Of course, there are many commendable things about Denmark. These are things Sanders understandably admires. Everyone gets health care and assistance with the cost of education. There is a vibrant civic culture. But those things come at a price. And the price here is to many of the things that America, as a country, values most highly.

If Bernie is a serious candidate, one who wants America to take his ideas seriously, then he needs to get serious about his labels, his aspirations and whom he wants to represent.

Socialism isn’t what Bernie Sanders espouses and Denmark isn’t a place that embraces American values – at least not as they were taught to me when I sat for the U.S. citizenship exam.

Simon Reich, Professor in The Division of Global Affairs and The Department of Political Science, Rutgers University Newark