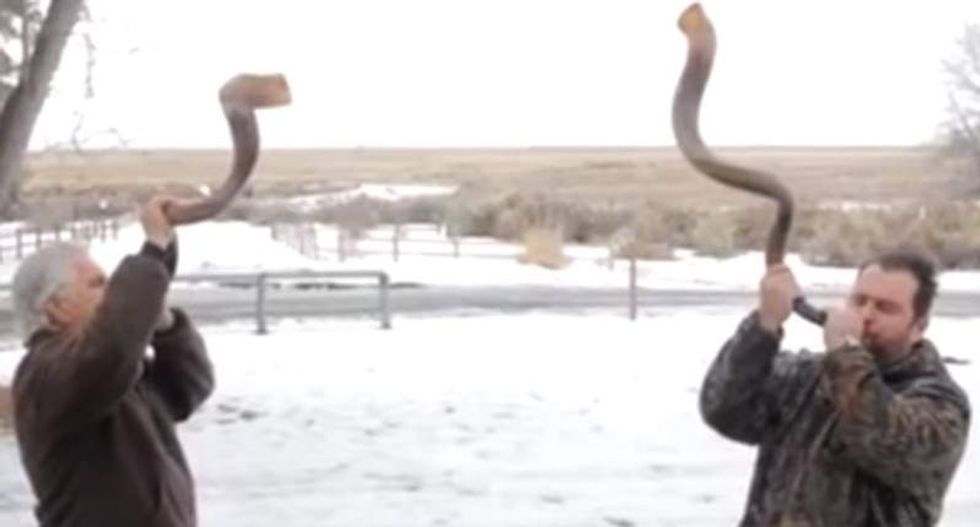 Oregon militants posted footage of themselves online blowing what appear to be traditional Jewish "spiritual warfare" horns in a short video asking for support, Gawker reported.

The video was attributed to Blaine Cooper, the alias used by Stanley Blaine Hicks, with a description reading, "THE BATTLE TRUMPET HAS BEEN SOUNDED TIME TO RISE! CALL TO ACTION SEND IN THE TROOPS TO STAND WITH US IN BURNS OREGON!"

The footage shows two men blowing on instruments resembling the shofar, a traditional Jewish horn made out of a ram horn, typically used to announce the end of the fasting period in Yom Kippur. Several Biblical passages also make reference to the horn being used to mark the start of a war.

Earlier this month, Cooper -- who has committed 16 felonies under his given name and one more using his current alias -- was involved in a dispute with other militants that involved him being accused of being a "paid informant" sent to "get people killed."