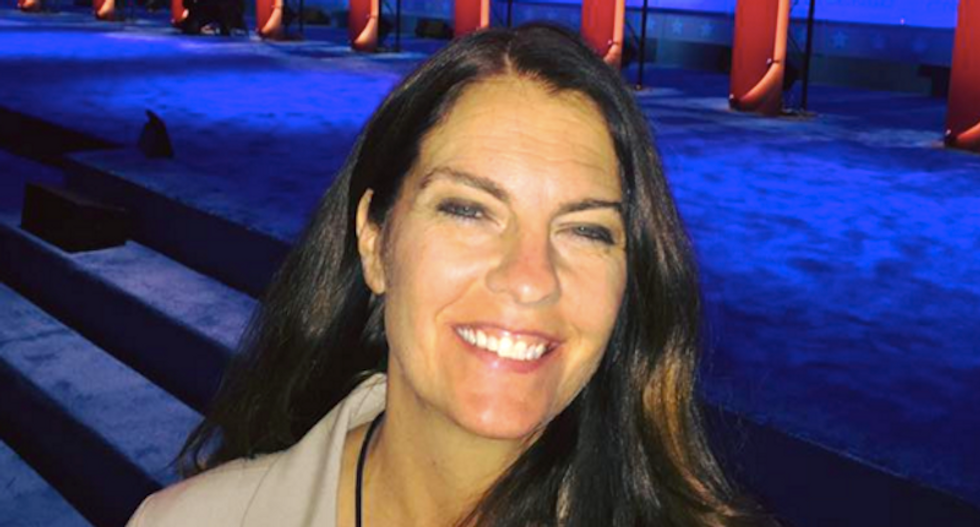 A Nevada lawmaker who compared Oregon militant  Robert “LaVoy” Finicum to Jesus and Moses after he was killed by the FBI in an Oregon stand-off, claims the media and the public would be outraged if the Arizona rancher had not been white and well-off.

Writing on her Facebook page, Assemblywoman Shelly Shelton, a first-term Nevada Republican, claimed the slain militant could have been arrested without incident and that the FBI and law enforcement chose to murder him instead.

"This has to be the most amazing and blatant attempt at trickery I have ever witnessed," Shelton wrote. "America, are we are supposed to believe that LaVoy Finicum got out of the truck with his hands raised, with guns pointed at him from all directions, walked out in the open away from the truck, his only cover, and THEN decided to reach for a firearm?"

"LaRoy Finicum was clearly being fired upon while his hands were up. It's pretty hard to stand still while being shot. But then again I guess they don't teach that at the academy now that life means so little," she continued. "When are we going to wake up and hold people responsible for this?"

According to Shelton, the media is helping the government cover-up the circumstances surround in the shooting death of Finicum -- which was caught on tape -- because of who he was.

"If this happened anywhere else, with any other race or class of American the media would be throwing a fit AND SO WOULD I," the Nevada Republican wrote. "Where are you now? I spent the entire session in Carson City fighting for the rights of every citizen of every race, creed or social class to gain protection from this very type of tragedy. Where are you now? Can we finally drop the labels and the race cards and come together for justice for all Americans? Democrats, ACLU, I worked with you there for justice. Where are you now?"

Shelton went on to blame Oregon Governor Kate Brown (D) for pressing the federal government to end the stand-off at the national park, while attacking her over her unrelated stance on guns.

"Lastly one of the most responsible for this is the Governor of Oregon who caused this to be slapped together at the last minute," she wrote. "I'd like to remind the Governor that we have now had two years of protest with thousands of Americans presenting their grievances under the full protection of the second amendment without a single shot being fired from them."

The lawmaker concluded, "The murder of LaRoy Finicum is a horrible event. But the greatest tragedy of all is willingness of the American people to accept the most outrageous of claims because they refuse to believe they have been betrayed both by the authorities and the media that is charged to find and expose truths."