Stephen Colbert: Obama dropped the mic in his speech -- but Trump still somehow won the night 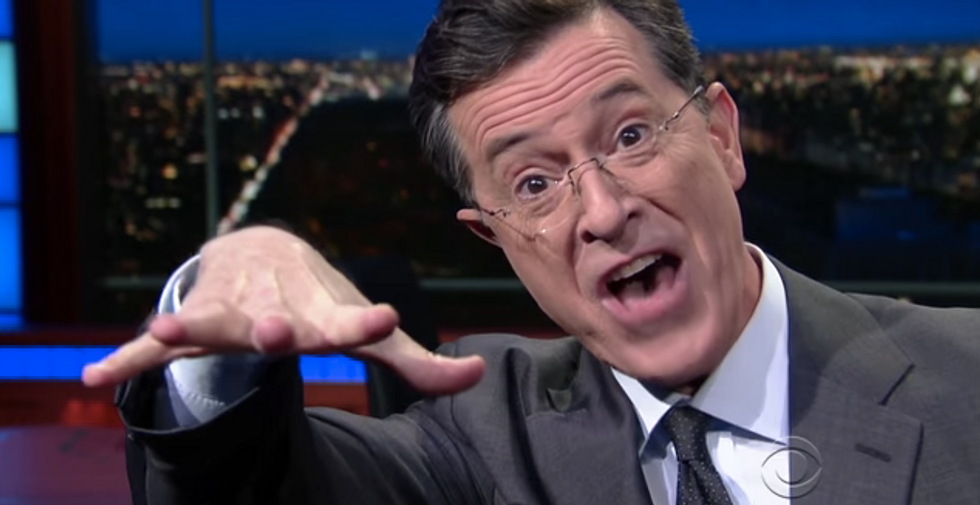 Stephen Colbert was impressed by the accomplishments claimed by President Barack Obama during his final State of the Union address.

The "Late Night" host said the president had dropped the mic and shown great testicular fortitude in daring Republicans to challenge his record.

But he said viewers couldn't help but notice the dour demeanor of new House Speaker Paul Ryan -- who Colbert described as that "guy at the gym who is grunting so loud you can hear him through your earbuds."

"Ryan had to appear simultaneously enraged and engaged," Colbert said. "I give him credit -- he delivered a truly 'engraging' performance. Look at that discipline -- he didn't even applaud for the troops," Colbert said. "That's like booing apple pie or not crying during 'Field of Dreams.'"

Colbert said the specter of Donald Trump hung over Obama's speech, although he did not mention the Republican frontrunner by name "because, if you say it three times, he appears behind you and demands your birth certificate."

"The thing is, by showing up in both of these speeches, by turning the State of the Union into the state of the Trump, Donald proved he's the loudest voice in the room even when he's not in the room," Colbert said.

"With both parties using their platforms to go after this man's policies, (Tuesday) night Trump did something Obama could not: He brought the country together," Colbert said.