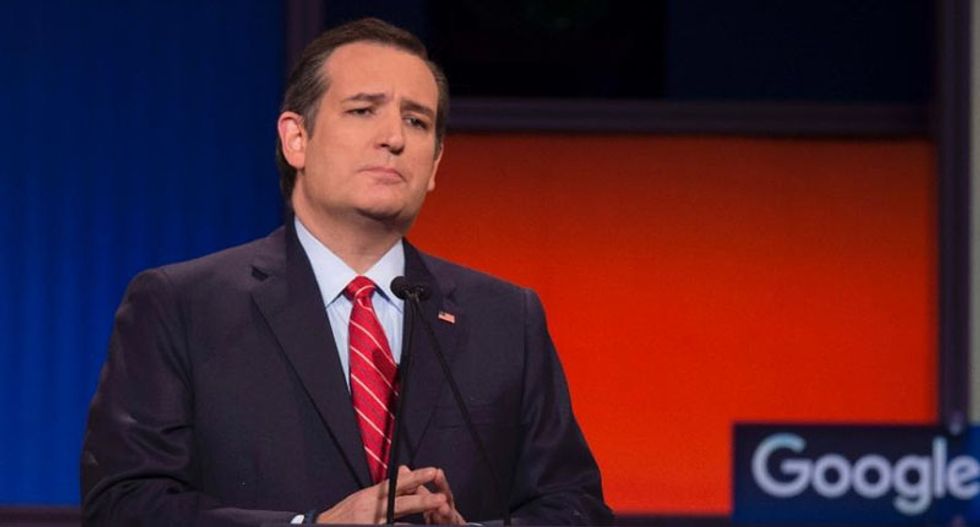 Thursday night, the Republican candidates for president (minus one) gathered to debate the future of the country.

As a scholar of rhetoric and public address, what stood out to me was how closely the rhetoric of the candidates followed a well-established pattern for GOP rhetoric that dates back to the 1960s. Capitalizing on Americans’ feelings of anger, frustration, and powerlessness, it’s a rhetorical strategy meant to fracture, divide, confuse and enrage.

I call it the politics of resentment.

Today, in an age of recession and sequestration – when so many people have lost their houses and their jobs, when younger Americans are crushed by student loan debts and older Americans are inundated with medical bills – many feel they’ve gotten a raw deal.

Resentment is a very human response. But it’s also a potent emotion for politicians to exploit. And while Democrats are not immune to exploiting Americans' resentment, it is Republicans who have had the most success in recent decades with the politics of resentment.

A victimized “us” and an oppressive “them”

First, avoid talking about the genuine causes of our suffering and instead blame the other side.

Rather than talking about racism or sexism or xenophobia or income inequality, rather than discussing climate change or the collapse of public education or the vast influence of corporations over our elections, the politics of resentment aims to exploit the deep frustrations Americans feel by dividing citizens into two camps.

It could be George W. Bush’s red states and blue states; Sarah Palin’s “real” America and its inverse (whatever that may be); the hard workers and Mitt Romney’s 47 percent; Paul Ryan’s “makers and takers”; or Donald Trump’s invocation of the “silent majority” (the trope that Richard Nixon rode to victory in the late 1960s) and its vocal oppressors.

Second, position yourself as the leader of the victimized masses.

Once Americans have been divided into two warring factions, it becomes possible to label one group as victims, the other as oppressors.

After anointing themselves as the spokesperson for the outraged masses, these politicians don’t need to make reasoned arguments – or even use evidence. Take Ted Cruz: during Thursday’s debate he offered a highly dubious statistic that “millions” of Americans had lost their jobs under Obamacare – even though the U.S. economy has added nearly nine million jobs since 2009.

The statistics about the successes of Obamacare don’t matter to the politics of resentment. What matters is that Obamacare – and, by extension, President Obama – is a convenient target for the resentment of Republicans who have, in Cruz’s words, “been burned over and over again.”

This is powerful emotional rhetoric: the goal is to give voice to the abstract resentment that individuals may be loath to express.

Jeb Bush distinguished himself from his fellow candidates when he called for a campaign without racial discrimination or Islamophobia. His comments were, of course, directed at the absent Donald Trump.

And no one has practiced the politics of resentment better than Trump. His decision to boycott the debate was a masterstroke of political strategy, for it allowed him to avoid tough questions while positioning himself as the victim of unfair media coverage.

In fact, Trump remains the greatest representative of today’s politics of resentment. Trump has had great success this primary season by positioning his followers (“we,” “us”) as victims of “them,” whether that means “liberals,” “atheists,” “immigrants” or “Muslims.” Earlier this week, he added the media – specifically, Fox News and Megyn Kelly – to the list of oppressors.

The politics of resentment harnesses the vague resentment many Americans feel and directs it at individuals: “enemies” who are scapegoated as the cause of our suffering.

But this completely ignores the fact that many of the injustices Americans face – whether it’s income inequality or climate catastrophe or hate crimes or the privatization of public goods – are systemic.

In A Theory of Justice, philosopher John Rawls argues that the psychological state of resentment involves a calculation of justice. For him, resentment is a just reaction to being wronged by someone. Yet the morality of resentment is scrambled as soon as we take into account structural injustice. When it’s a social system – rather than an individual – that wrongs us, it’s much harder to focus our resentment.

Whom should we blame for the ravages of a economic system that places profit above people and treats citizens as commodities – one that tosses people out of their homes while rewarding the bankers who rigged the system and caused the Great Recession in the first place?

Whom should we blame for global warming?

Who should we blame for racism, sexism, and xenophobia?

As rhetorical actors, it’s difficult to simply condemn a system.

Far easier is blaming a person for the world’s ills – like last night, when Senator Marco Rubio, speaking quickly and forcefully, opened and closed the debate with attacks on President Obama. Rubio ended by positioning himself as the one to unite the GOP. But it’s clear that he – like his fellow candidates – seek to create “unity” by highlighting divisions.

The goal of the politics of resentment is not e pluribus unum, one out of many, but instead e unibus duo, two out of one: us versus them.

However, the politics of resentment doesn’t offer real solutions to the structural ills afflicting Americans. It’s a strategy of distraction – and a very dangerous strategy at that.

Unfortunately, while resentment is a natural reaction to injustice, it’s when Americans find themselves in a state of resentment that they become most vulnerable to manipulation.