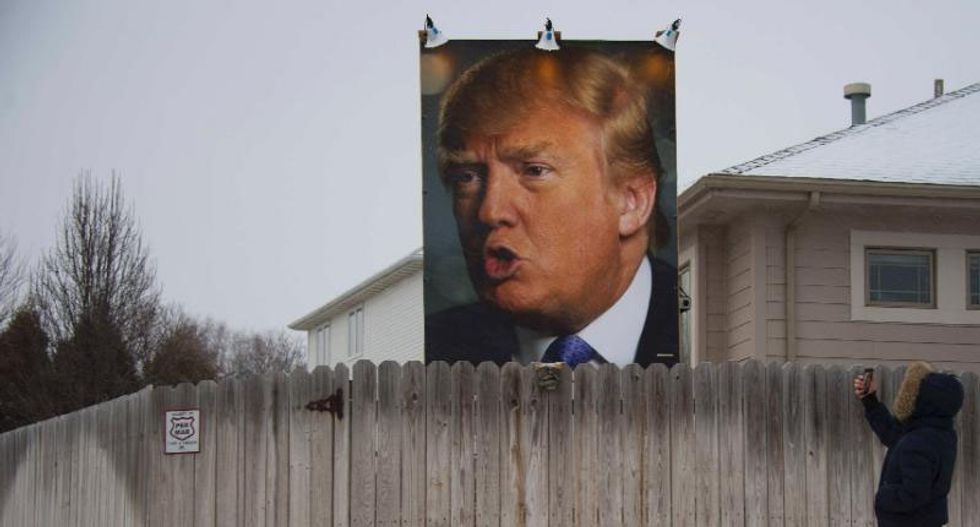 Republicans Donald Trump and Ted Cruz intensified their feud with frontrunner Trump branding his rival a nasty "whack job" and Cruz challenging Trump's conservatism, one week before Iowa kicks off the US presidential nominations contest.

Both men are counting on victory in the heartland state, which holds the first-in-the-nation vote in the long march to election day in November, to propel their candidacy into the top spot heading toward primaries in coming weeks in New Hampshire, South Carolina and Nevada.

They are pouring resources into Iowa, with Cruz in the midst of a days-long multi-county tour and Trump engaging in more retail politicking in recent days.

But it is increasingly looking like a two-horse race in Iowa, where Trump and Cruz are miles ahead of other candidates in the polls.

Cruz, a first-term senator from Texas, met voters in Manchester, Iowa to tell them "we're in the final sprint. 172 hours. One week from today the Iowa caucuses will decide."

The conservative firebrand again questioned Trump's record, arguing the New York real estate billionaire has been out of step with the party when it comes to issues like taxes, gun and abortion rights, and the size of government.

"I'm happy to have a conversation about how Donald's and my records differ," Cruz said.

But as for engaging in the brutal personal counterpunching that Trump is known for, Cruz was not taking the bait.

Trump "is now insulting me every day. He can do that, that is his prerogative," Cruz said.

And yet the tenor of the campaign has turned tense one week from the vote, with Cruz unveiling an anti-Trump television ad Monday, less than one hour before Trump took the stage at a rally.

"Donald Trump. New York values, not ours," a voiceover says in the ad, hitting Trump for flip-flopping on issues like abortion and repeating Trump's comment, made years earlier, that "my views are a little bit different than if I lived in Iowa."

"I think the establishment actually is against me, but really coming online, because they see me as opposed to Cruz, who is a nasty guy who can't get along with anybody," Trump told CNN.

"We can't have a guy who stands in the middle of the Senate floor and every other senator thinks he's a whack job, right? You have to make deals.

"And Ted can't get along with anybody. He's a nasty person."

Trump continued his assault via Twitter, assailing Cruz as "a nervous wreck" who is sinking in the polls.

He also repeated his charge that Cruz's birth in Canada is anything but a resolved issue in terms of his presidential eligibility.

"It's time for Ted Cruz to either settle his problem with the FACT that he was born in Canada and was a citizen of Canada, or get out of race," Trump tweeted.