While Donald Trump continues to hold a commanding lead among Republicans in the race for the 2016 presidential nomination, National Review, the country’s leading conservative magazine, thinks otherwise.

In a special issue titled “Against Trump” last week, a strongly worded editorial denounced Trump as a “political opportunist who would trash the broad conservative ideological consensus within the GOP in favor of a free-floating populism with strong-man overtones.” This was followed by 22 pieces by prominent conservative writers who elaborated this message.

With the popular real estate magnate polling at 46 percent among Republican voters, however, this signals a crisis for the GOP and the conservative movement more broadly.

Founded in 1955 by William F. Buckley, the aim of National Review (NR) was to “stand athwart history” by opposing New Deal liberalism in all of its forms and making a vigorous intellectual and political case for a rejuvenated right.

NR brought together free market ideologues with conservatives committed to traditional social hierarchies. Both groups shared a hostility to intrusions into the family, community or market by the federal government.

By the early 1960s, it was clear to editors at NR and its conservative milieu that the best way to seize the Republican Party from moderates was to oppose civil rights both in the South and nationally. 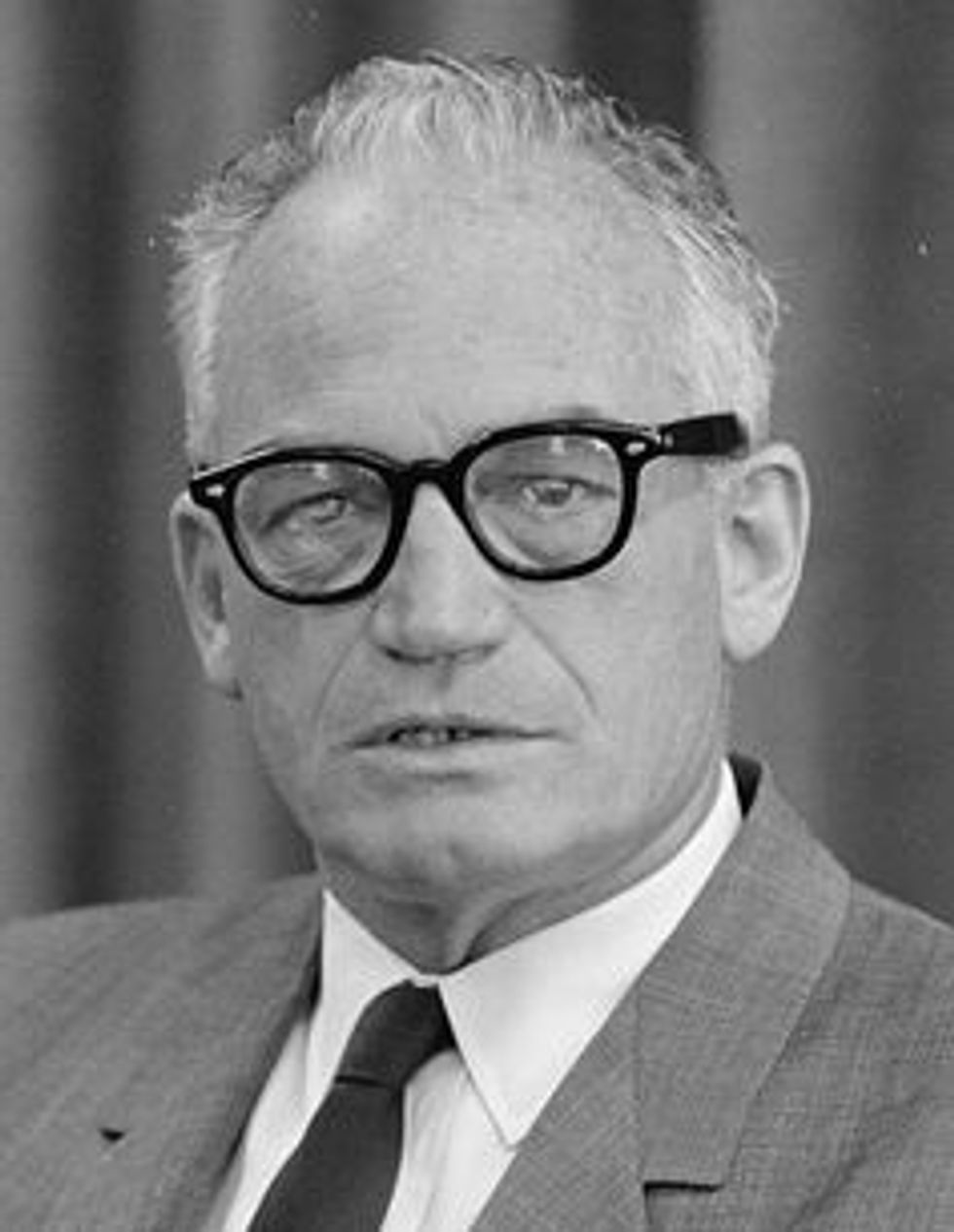 US News and World Report, Library of Congress

Goldwater openly denounced the Brown v. Board of Education decision and opposed the civil rights bill of 1964. Winning the GOP nomination for conservatives in 1964, the Goldwater campaign began to make the case that the party system should realign along racial instead of class lines.

1968 and the emergence of the ‘Silent Majority’

Based on the patterns of Wallace’s electoral support nationally, Phillips outlined a strategy for moving working and middle-class whites out of the New Deal Democratic Party, based on a knowledge, he said, of “who hates whom.”

These were, Nixon said in his GOP nomination speech in 1968,

the good people. They work hard and they save and they pay their taxes.

Nixon, like Wallace, drew strongly on the long American tradition of producerism, a notion at the heart of populism that values productive labor as an expression of civic virtue in contrast to the dependent poor or the idle rich. He courted the votes of union “hardhats,” urban ethnics, white southerners, and new dwellers of the Sunbelt and built a winning electoral coalition in 1968 and 1972.

The populism NR now fears was central to making economic conservatism credible to middle and working-class voters from the late 1960s onward.

But the fact is that GOP populism has always been in tension with its financial wing and conservative intellectuals.

Buckley, for instance, was in no way opposed to using race to build the conservative movement, he was suspicious of what he saw as demagogic appeals that depended on government largesse.

He is using the rhetoric of conservatism for anti-conservative purposes. (Turning to Wallace) You are in the populist tradition, a complete opportunist as regards the use of funds as long as they come in your direction and can be distributed by you.

After initial hesitation, NR ultimately endorsed Nixon, stating that although he was not an ideal conservative candidate, the magazine had

faith that when he gets the votes he needs, and no longer has to submit to that frightful wooing ritual mass democracy imposes on its leaders.

Populists in the GOP coalition had their own criticisms of conservatives and the direction of the party across the 1970s. As Kevin Phillips said of Buckley, “Hell, Wallace isn’t going to hook up with Squire Willy and his companions of the Oxford Unabridged Dictionary. Nor can we expect Alabama truck drivers or Ohio steelworkers to sign on with a politics captained by five-syllable-word-pushers.”

Reagan, long a favorite at NR, finally won the GOP nomination for the 1980 election. By this time, white working-class voters were a notable presence in the party’s support.

As the work of pollster Stanley Greenberg confirmed, many “Reagan Democrats” in the Detroit area were also union members. 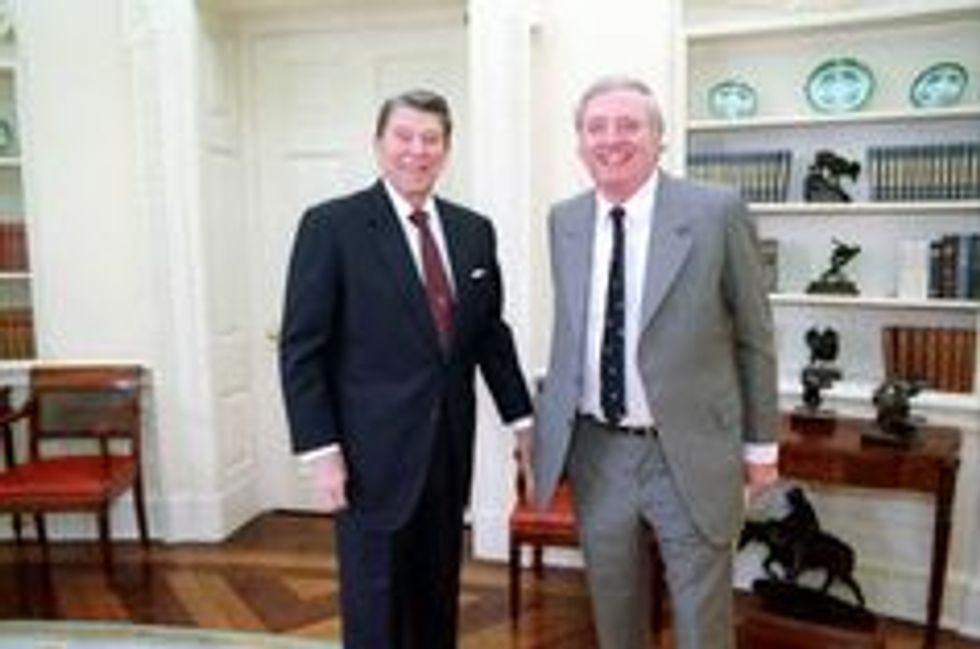 Reagan’s nationalist rhetoric and demonization of welfare allowed him to keep white populists in his coalition even as he pursued deregulation, tax reform and assaults on workers' rights such as his breaking of the Professional Air Traffic Controller’s Union.

George H. W. Bush, who had few pronounced political differences with Reagan, lacked the persona to bridge the elite/populist divide, and was subject to a 1992 primary challenge by former Nixon speechwriter and columnist Pat Buchanan.

“Pitchfork Pat’s” campaign against “King George” attacked banks and big business as well as feminism, gay rights and multiculturalism, while at the same time courting labor unions through protectionism and opposition to immigration. 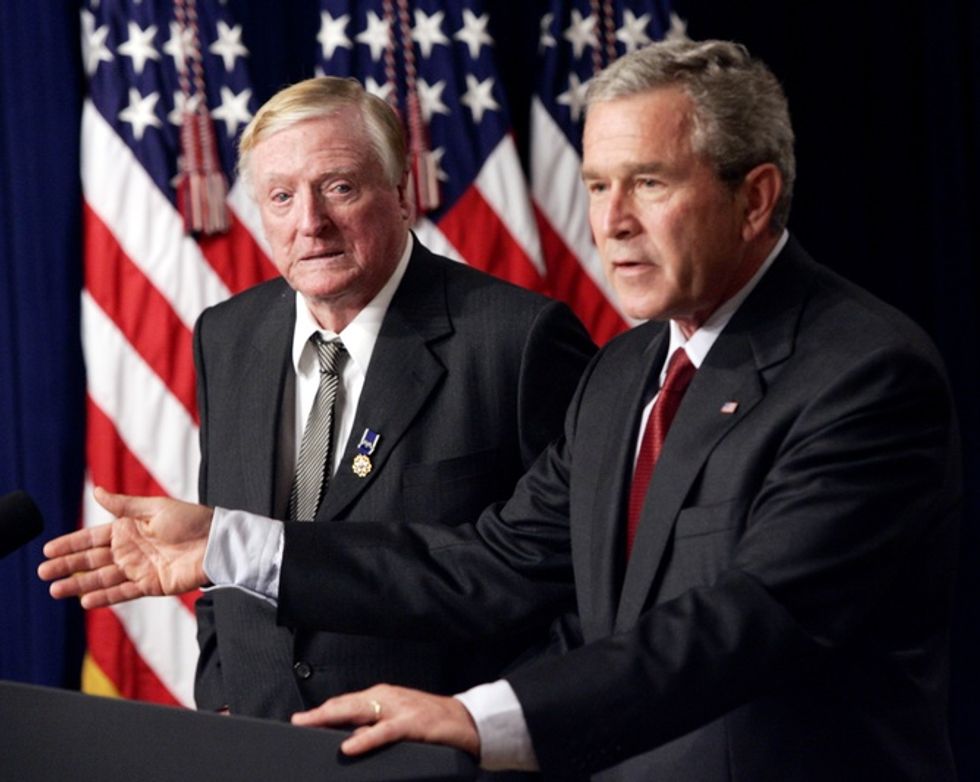 Although George W. Bush had a feel for the GOP base, proclaiming his evangelical faith in a Texas drawl, popular exhaustion with his two wars and the Great Recession depleted his populist appeal, as did his political strategy of appealing to Latinos and calling for broad immigration reform.

It was the financial crisis of 2008 that deepened the fault lines within the GOP as the stresses on the lives of the Silent Majority multiplied.

The earliest rage of what became the Tea Party movement was aimed at the Bush/Obama Toxic Asset Relief Program (TARP), commonly understood as a bailout for Wall Street.

There’s a lot of affection for Bush because of how passionately he fought the war on terror. But as far as domestic policy goes, conservatives felt betrayed.

By the 2010 midterm elections, Tea Party organizations were supporting 138 Republican candidates for the U.S. House of Representatives and Senate. They won approximately a third of races. 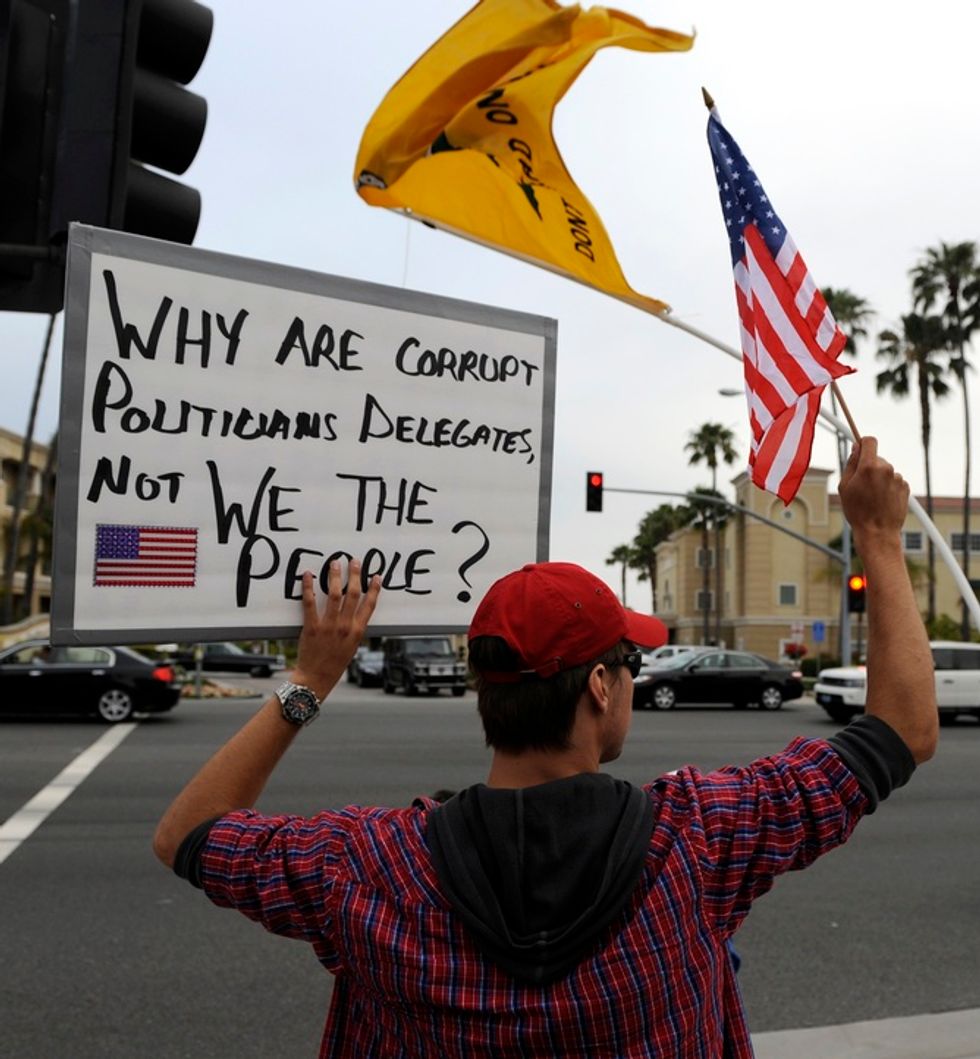 The Tea Party protesting against Mitt Romney in 2012.

The divide in the GOP only deepened in the 2012 presidential campaign, made visible by candidate – and former venture capital CEO – Mitt Romney’s dividing the electorate into “makers and takers” and describing nearly half of Americans as

This cramped notion of producerism could hardly inspire an increasingly beleaguered middle class, who felt increasingly abandoned by a party whose economic policies demonstrably contributed to one of the largest wealth gaps in American history.

The majority of Americans are now decades into an era of stagnant or declining wages. A recent Princeton study on rising morbidity and mortality rates among non-college-educated whites is merely one indicator of the physical and psychic costs of this abandonment.

Yet these white middle and working-class Americans who are getting left behind are dismissed by conservative elites.

In his 2012 book “Coming Apart,” conservative sociologist Charles Murray portrays the white poor in terms he once reserved for African Americans, describing them as a socially disorganized, economically dependent, culturally deficient and even genetically debased population.

It is no coincidence that Trump’s strongest support comes from working-class Republicans who feel abandoned by their party elites.

What now, then for the GOP?

In every polarized era, one or two key problems become the lens through which all others are viewed.

In this Second Gilded Age, these are perhaps the twinned issues of excessive wealth and economic abandonment.

Yet unlike the leaders of past populist revolts however, Trump seems less a champion of working people than a figure who confirms their debased status. Having titled his campaign memoir Crippled America, the candidate revels in such terms as “disgust,” “weakness,” “losing,” and “pathetic.” And of course he was the star of a reality show whose tag line was “You’re fired.”

Trump’s followers respond less to appeals to their value as producers, which in a fiancialized economy seems nostalgic anyway, than to brutal rage against immigrants and Muslims, who along with establishment elites are seen as the authors of their misery.

NR’s anti-Trump campaign signals a crisis for conservatives, for never has it devoted an entire issue to opposing a GOP candidate, let alone one who is wildly popular among Republican voters.

Should Trump win the nomination, he may lurch even more toward the populist elements that have been minor chords in his campaign but have broad appeal: infrastructure investment, bank regulation and protectionism, among others.

Trump’s strongest voices of support are among these media personalities including Rush Limbaugh, who says that Trump is rejected by “the establishment elite political club” because he is an outsider. “You have to be a certain type. You have to come from a certain place.”

Even though the candidate has refused to take part in the latest GOP debate hosted by Fox News, hosts at the cable channel lined up to blast NR for its attack.

The GOP’s historic alliance between conservative elites and the Silent Majority is perhaps finally breaking down as white working and middle-class voters become “forgotten Americans” as well.

NR’s anti-Trump campaign may not make any difference in the outcome of the nomination contest, but it measures the distance from when conservative elites and white populist voters built the party together.

What we now see is the exaggerated features of each in a party that can scarcely hold them together.

Liz Cheney is worried about Arizona

Rep. Liz Cheney (R-Wyo.) is expressing concern about the Republican candidates running for governor and secretary of state in Arizona as she believes they are a major risk to democracy.

Speaking at an event organized by the McCain Institute at Arizona State University, Cheney weighed in on Arizona candidates Kari Lake and Mark Finchem. According to Cheney, they are leading the pack of Republican candidates that may not accept unfavorable election results.