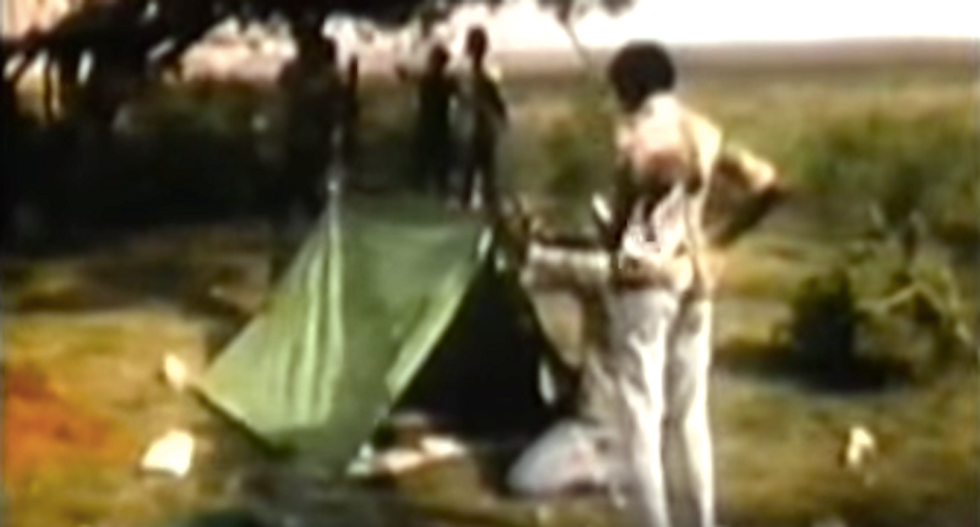 After a group of armed militants seized an Oregon nature preserve earlier this month, many wondered: What would have happened if they were black?

It's impossible to know for sure, of course, but there is a somewhat recent historical precedent that offers some clues, reported The Oregonian.

In 1979, 40 members of People Organized for Equal Rights set up camp on a federal nature preserve south of Savannah, Georgia -- where their ancestors had lived for generations.

A white plantation owner had deeded the land to a former slave after the Civil War, and other freed slaves and their descendant moved to the area -- known as Harris Neck -- to live, work, fish and farm for decades.

That all came to an abrupt end in 1942, when the U.S. military took over Harris Neck through eminent domain and gave residents three weeks to leave.

Black landowners were paid significantly less for their land than white landowners in the area, the newspaper reported, and the government destroyed the houses, factories and farms they had built.

The government abandoned the airbase it built in their community after World War II, and the land was eventually converted into the Harris Neck National Wildlife Refuge.

In 1972, 26 families who are direct descendants of the original inhabitants organized to reclaim the land -- and they staged a "camp-in" seven years later to force the government to recognize their cause.

The unarmed protesters set up a camp at the nature preserve, and they asked for $50 million in reparations to rebuild the churches, schools, businesses and homes that were bulldozed by the government almost 40 years earlier.

By contrast, the armed militants have occupied the Malheur National Wildlife Refuge, demanding the transfer of federal land to the control of an extralegal county government they created and the release of two ranchers convicted of arson -- who asked the militiamen to leave before they voluntarily reported to prison.

For nearly two weeks now, the out-of-state militants with few ties to eastern Oregon have given news conferences, issued demands and threatened violent confrontations with authorities.

But that's not what happened nearly 37 years ago in Georgia.

Federal authorities secured a court order to remove the "squatters" one day after they set up camp at Harris Neck -- but four of the unarmed protesters refused to leave.

They were "forcibly removed" May 2, 1979 -- just three days after they arrived on the land where their parents and grandparents had farmed, hunted and fished.

The four men were each sentenced to a month in jail for trespassing, and courts have ruled that the land belongs to the U.S. government -- and not to the slaves' descendants.

The 1979 incident has largely been forgotten, and isn't even mentioned on the wildlife refuge's Wikipedia page.

But the descendants of Harris Neck's residents are still trying to rebuild that community.

Watch this video about Harris Neck posted online by evedesigns: